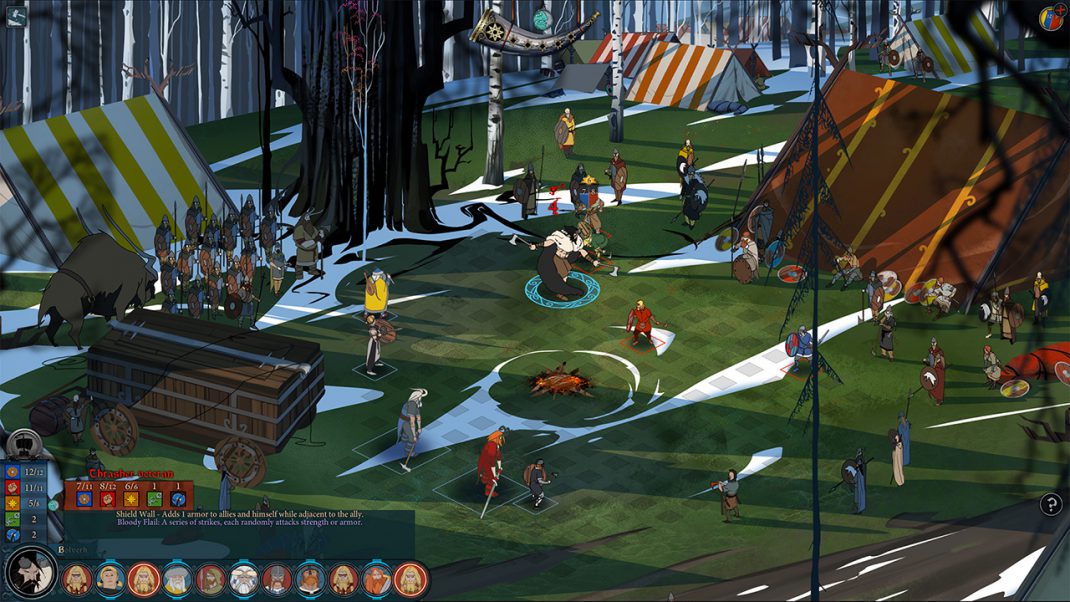 BALTIMORE, MD – May 10, 2018 – Stoic, an independent game development company, and Versus Evil, one of the leading independent video game publishers, today announced the award winning, BAFTA nominated, indie hit The Banner Saga role-playing strategy game is coming to Nintendo Switch on May 17th.

The Banner Saga is an epic single player driven Viking saga, where a player’s choice in travel, conversation and combat determines the outcome of their own personal story as well as the survival of an entire civilization. The game also features stunning 2D animation and art, a unique tactical combat system and a cast of unforgettable characters, all of which drive this epic journey forward.

“Launching The Banner Saga on Nintendo Switch is an exciting moment for us, as we gear up in 2018 to enter the third and final chapter of the series it’s only fitting we give Nintendo players an opportunity to enjoy this award winning Viking inspired saga where the journey begins.” Said Steve Escalante, General Manager of Versus Evil.

“We’ve always strived to share this epic series and the narrative of the saga across a variety of platforms and we are thrilled to now bring the Banner Saga to a whole new community of console players on the Nintendo Switch” said John Watson, Technical Director at Stoic.

The Banner Saga, which launched to much critical acclaim has received several awards and nominations, including winner of the 2014 Geekie Awards for “Best Video Game”, winner of 2014 Game Developers Choice: “Best Debut” award, finalist placement for “Excellence in Visual Arts” category at the Independent Game Festival, 3 BAFTA Award Nominations, and winner of Pocket Gamer’s 2015 Best Adventure/RPG Gameand Best Android Game of the Year.

The Banner Saga is available on multiple formats including Steam for PC, PlayStation 4 and Xbox One as well the App Store for iPad and iPhone, on Google Play and Amazon for Android devices and on Windows based tablets.

To learn more about The Banner Saga visit: www.bannersaga.com