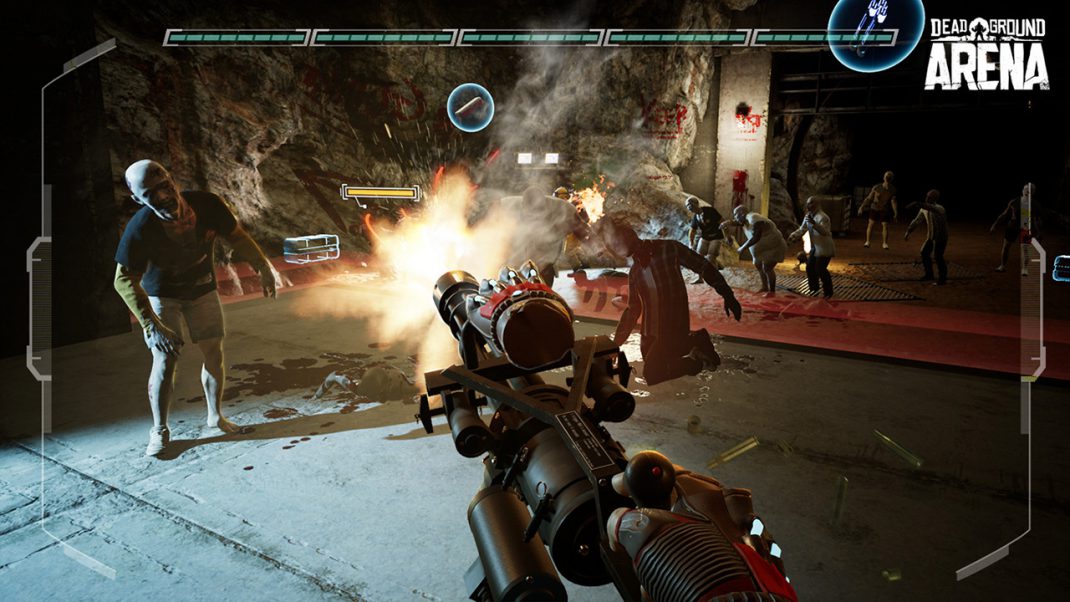 Seoul, 13.04.2018: Dead Ground: Arena from Korean developer VRillAR launches on Steam today, offering a first glimpse at the upcoming VR-shooter, Dead GroundZ with a showcase of its Arena mode. Owners of the HTC Vive can experience exciting, action-packed fights against up to thirty different types of enemy in an atmospheric environment that brings the threat to life. Players are armed with a broad choice of weapons ranging from a Freeze Ray to grenades so that they may defend themselves against relentless hordes of the undead.

With years of VR-experience, developer VRillAR is branching out to conquer the gaming sector with its first entry onto the scene, Dead Ground: Arena. The ambitious Korean studio has designed an exciting, first-person shooter in a gorgeous Unreal 4 Engine environment that throws the player into an immersive, zombie-infested VR world. As an agent of the secret organisation, Blackrain, players take on a range of missions in which they must fend of unrelenting hordes of enemies. To tackle the challenges of the standalone Arena mode, they are equipped with a broad armoury, ranging from realistic military weapons and grenades to more exotic ones such as a Freeze Ray or the all-time favorite Gravity Gun. VRillAR sets new standards for VR gun handling and provides in Dead Ground: Arena a realistic, threatening world full of zombies.

Dead Ground: Arena is available in English with 34% launch discount for €9,89/$9.99 on Steam as well as via Viveport. An HTC Vive is required to play.