Vampyr Gets A Limited Edition and Vinyl Soundtrack 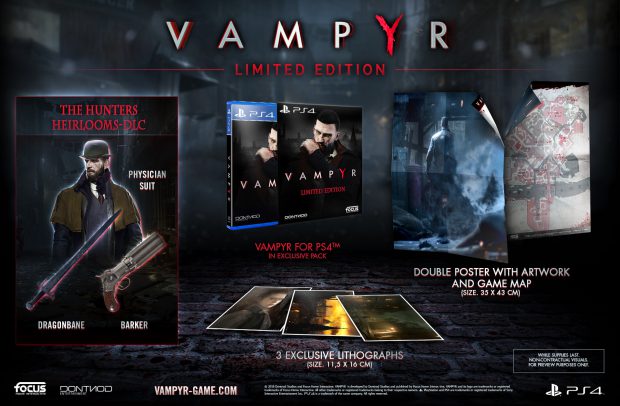 Derivière is best known for composing the soundtracks to a wealth of games including Get Even, Assassin’s Creed IV Black Flag Freedom Cry, The Technomancer, Remember Me,and more. Here, his marriage of fierce cello performed by Eric-Maria Couturier from Ensemble Intercontemporain de Paris and industrial textures provide the perfect companion to Vampyr’s ferocious combat and the inner struggle of protagonist Dr. Jonathan Reid.

In this limited sound selection, enjoy hand-picked tracks from Vampyr’s soundtrack, mastered with Derivière’s supervision in high fidelity and pressed on transparent blood-red vinyl. With 40 minutes of music in total, immerse yourself in DONTNOD’s dark vision of 1918 London. 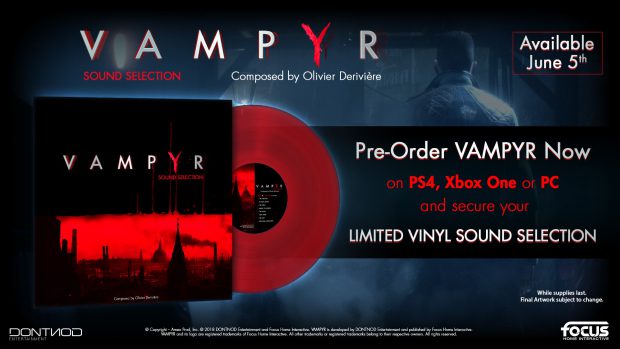 For early buyers in Germany (GameStop) and Australia (EB Games), while stocks last, players can also get the Limited Edition of DONTNOD Entertainment’s Vampyr for PlayStation 4 for the price of the standard edition! This special bundle features the game on PS4, in addition to a selection of physical and digital bonuses. In total, the Vampyr Limited Edition contains:

Vampyr will release on PlayStation 4, Xbox One and PC on June 5. Preorders are open.