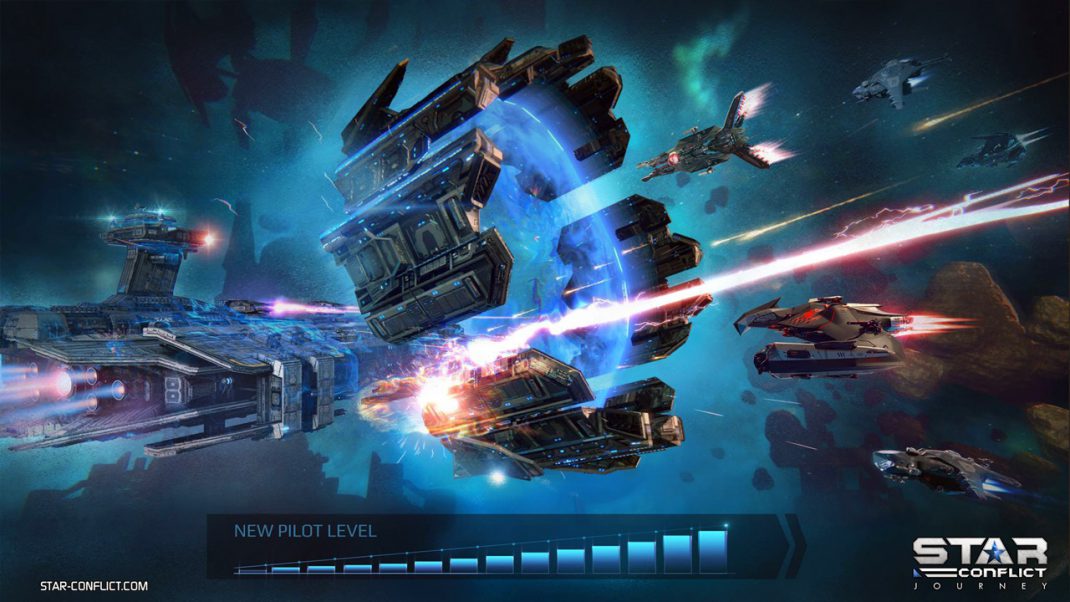 A journey that will take players hundreds of light years through the galaxy, begins at the United Mercenary Center, where the player joins a group of elite scouts searching for the missing fleet of the powerful, but enigmatic Ellydium Corporation. While looking for clues on what could have possibly caused an entire fleet of an interstellar conglomerate to vanish without a trace, the player gradually delves deeper into the unknown. Interacting with the different factions of the Star Conflict universe, the player fights increasingly stronger human and alien enemies and expands his or her fleet with new and more powerful ships. Hardened by countless of battles and supported by loyal allies, the player will then be able to unravel the mystery behind the disappearance of the Ellydium fleet and launch a mission to get it back.

Besides the new campaign mode, the “Journey” update adds new top-tier ships, such as the ‘Wolfhound’ fighter. Using the ‘Wounded Beast’ ability, the ship can significantly increase its combat power if the hull is critically damaged. The new command fighter ‘Granite’ is capable of protecting itself against both physical damage and hackers, as it can use its ‘Anti-Sabotage 2.1’ ability to prevent enemy hackers from taking over ship control.

Furthermore, two new space sectors can now be explored in the Star Conflict universe: ‘PB #42’ is located just above the surface of a planet, where high cliffs provide protection for support ships as fighters can use the cover to flank the enemy’s positions. ‘Excavation Site #6’ features a similar, but more barren environment. Here, the focus is on long-range engagements, but smaller vessels can still take advantage of the uneven surface.

More information about Star Conflict Journey can be found on the official website here:https://star-conflict.com/