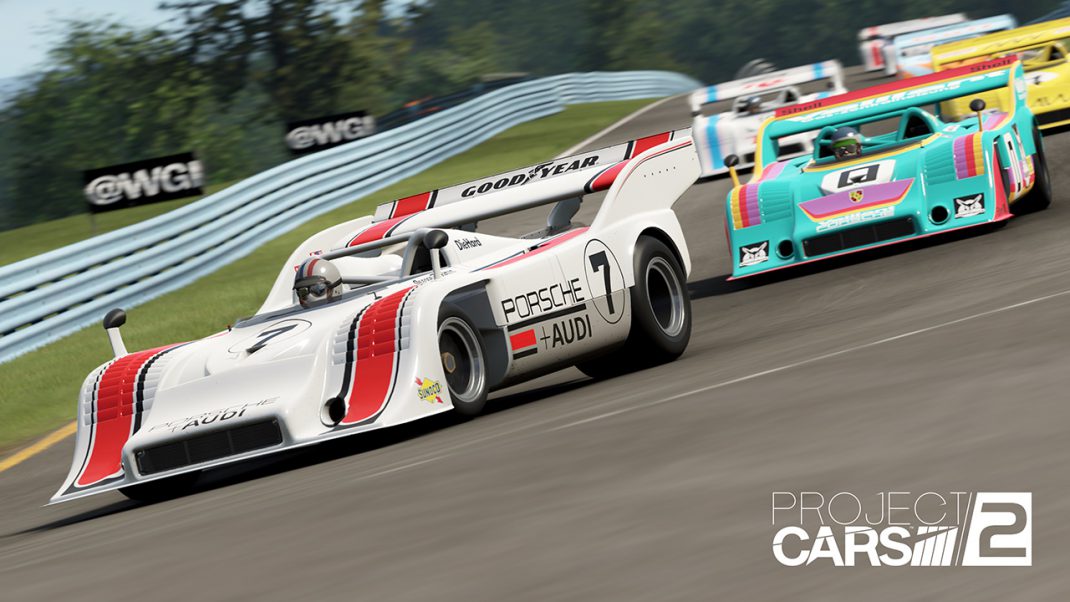 March 6, 2018 – Slightly Mad Studios and BANDAI NAMCO Entertainment America Inc. are excited to announce the official launch of the second expansion pack for Project CARS 2, the Porsche Legends Pack, available now as standalone purchase, or as part of the Season Pass, in the Americas for the PlayStation 4, Xbox One, and PCs via STEAM.

Experience Porsche’s 70th anniversary with this fully-loaded pack and immerse yourself in a content-rich landscape of thrills, sounds, and pure racing history. Strap yourself in for an enduring journey by racing nine Porsche cars around Porsche’s very own race-track―the FIA-certified ‘Porsche On-road Circuit Leipzig’―a first for any racing simulation game.

These nine Porsches represent 70 years of Porsche’s fastest road- and race-cars. From the “Le Mans” 917K through to the ‘Turbo Panzer’ Porsche 917/10: From the whale-tail ‘Moby Dick’ 935/78 to the 911 Carrera RSR 2.8, whose beauty was matched only by its peerless performance in European GT racing: From the twin-turbo all-wheel drive technological marvel Porsche 959 S to the F1-derived V10-powered 2004 Carrera GT that terrified a generation of enthusiasts, all the way through to Porsche’s current GT warrior, the 2017 Porsche 911 RSR, the Porsche Legends Pack will excite with the fastest, wildest, scariest and loudest Porsche cars in history.

Along with the nine cars and Porsche’s race-track come new Porsche-centric Career events, all designed to bring the spirit of the cars alive in enduring settings where once they were legends, and 11 bespoke eSport liveries.

This second expansion pack for Project CARS 2, rich in pedigree and racing thrills, gives Project CARS 2 Season Pass holders a glimpse into future expansion packs that will include the much-anticipated Spirit of Le Mans, and the Ferrari-themed Expansion Pack 4, both due in 2018.