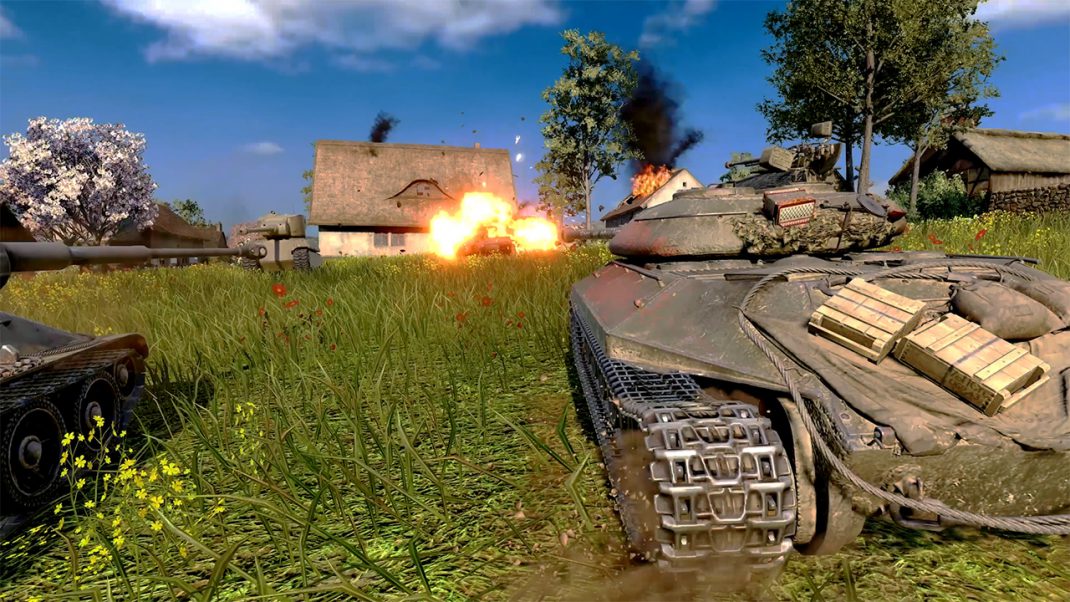 January 16, 2018 —Last year during Tankbowl 2017, we witnessed a close-fought competition between the victorious German nation and Team USA. TankBowl has returned to World of Tanks on Console today – this time Team USA is facing Team USSR. To partake in TankBowl, participants must complete in-game Tryouts between January 15 and February 4. During Tryouts, tankers can secure their spot in the TankBowl for Team USSR or Team USA by earning points during battles based on their performance. Tankers who complete Tryouts will move forward earning their spot in the four-day TankBowl event starting February 1, earning valuable in-game items and bonuses along the way.

Participation is easy. Tankers choose the nation they wish to support in TankBowl by playing in multiplayer matches with any Tier III or higher Soviet or US tank. During Tryouts, points will be awarded in each match for outstanding performance. Tankers who earn 100 points for their chosen nation will complete Tryouts and be able to contribute to their nation’s success during TankBowl.

For the players who qualify, the four-day TankBowl will commence on February 1. Each day during TankBowl, players will receive points for experience earned in multiplayer battles with Tier III -Tier X tanks from their chosen nation (USA or USSR). Every 15 points earned for their nation will result in one completion and a random drop reward. Tankers who earn 110 or more points will be rewarded with the prestigious MVP USA or MVP USSR Medal. The nation with the highest average completions (per qualifying players) will win TANKBOWL.

For all players there are two dedicated TankBowl Team Captain tanks available starting January 15: The US Tier VIII heavy tank Patriot T26E5 and the Russian Tier VIII heavy tank Object 252U Defender. Both of these powerful vehicles embody the strength of their respective nation and are perfect to take to the battlefield during the event. Additionally TankBowl Emblems are available from January 9 – February 5, to show your support for your team.

This event is exclusively available to be played for free on Microsoft Xbox 360, Xbox One, Xbox One S, PlayStation®4 and in full 4K resolution supporting HDR on Xbox One X and Sony PlayStation®4  Pro.

For more information on TankBowl, visit: