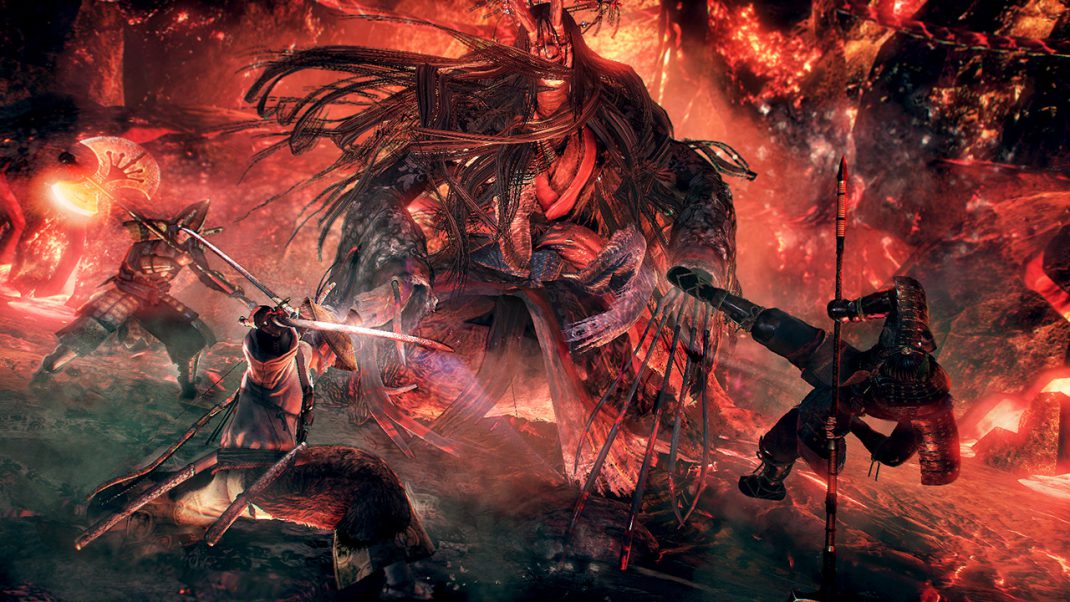 Those gamers who prefer to hack and slash their way instead of shooting through a game should check out Nioh: Complete Edition. Nioh: Complete Edition was recently ported to Steam and has just enough of a Dark Souls feel to get players comfortable with the mechanics combined with plenty of original touches to keep things fresh.

Nioh: Complete Edition takes place during the late Sengokuhara period of Japan in the 1600s. This period of time saw Queen Elizabeth trying to find the Philosopher’s Stone to win the war they had been waging with Spain.  However, something darker than war is brewing in the search for the stone and it involves some poor Irish sailor named William Adams who woke to find himself in a prison he would rather leave.

For a port, this game does have some issues. Visually, the game is locked to 720p resolution, and it does take a pretty hefty setup to run it smoothly, so be sure to checkout the system requirements. Nioh: Complete Edition also features some weird controls. Also, if you re-map the key commands, the hints that pop up will not adjust themselves, leaving you with bad information. On the good side of things, very few people complain about the gamepad setup, so I recommend using one here. 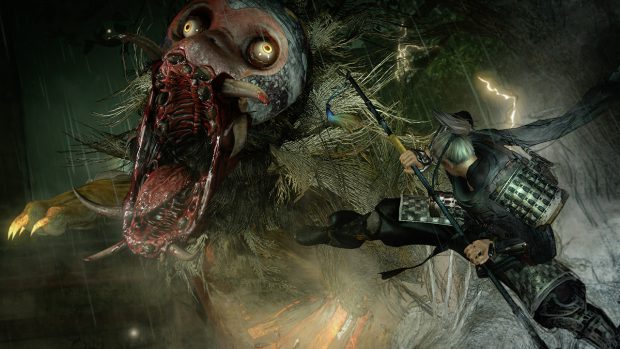 Replay value isn’t an issue with Nioh: Complete Edition because this game is gigantic!  You get the base game as well as the Dragon of the North, Defiant Honor, and Bloodshed’s End expansion packs – plus even more extra story lines.  That equals hundreds of hours of playtime, even more if you are an achievement chaser because this game has 79 to collect!  Players will also get a special helmet for their character. Personally I think a special chest piece would be better because I like the sort-of bowler style helmet you get in the first part of the game, but samurai are kind of known for their helmets.

Fights rely on managing your health and stamina. Attacking, dodging, and moving all require stamina so you never want to bottom it out. Health doesn’t regenerate, it requires health potions so try to use them sparingly and learn to dodge!  Once you get your dodge and attack timings down you can do some serious damage and not be destroyed so easily.  Fighting also makes it so that you can improve and master a weapon, develop specialties, choose armor and spirit specialty, and break down weapons for transferring abilities.  The game isn’t just fighting and questing though one can spend hundreds of hours doing just that. Those gamers wishing to go deeper will spend massive amounts of time working on customization projects and mastering different aspects.  This game may look fairly simple at first glance and during the first section may be a bit easier to settle you in but it isn’t very long before it becomes massively more intricate.

If all this wasn’t enough, there are skill trees to learn and choose to customize your play style.  Before that begins to make you sweat know that you can reset the skill points in case you are fighting a boss and it just isn’t giving you the results you want.  You also get to select a Spirit Guardian which will help you along your journey – hopefully complimenting your play style (if you chose right). 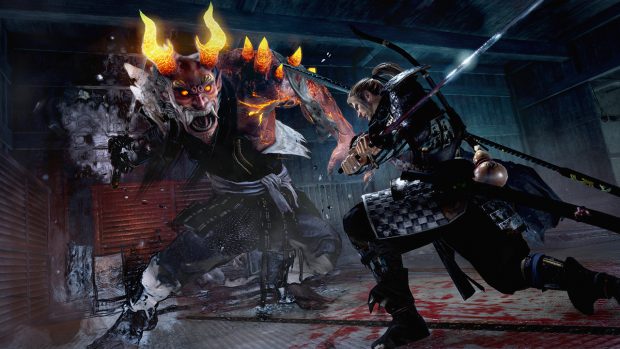 There are also a limited Co-operation, Multiplayer, and Clan play that seems to still be in the works.  Co-operation involves someone posting they need help and you go and try to, Multiplayer partly involves if you get killed someone can go to where your corpse fell and try to get some of the items from your corpse by playing what is basically an essence of what you were, it also tells you what the person was killed by so you understand what to expect. Clan play where you wind up completing quests for a Clan and getting rewards.  There are also in-game prestige points which are earned by completing in game achievements that can be used to purchase passive abilities.

If you manage to finish the game to your satisfaction?  Go back through using a whole different build of weapons, armor and Spirit Guardian and see how different it feels and how many more hours you spend in it…

Time To Rest My Mortal Coil:

Nioh: Complete Edition was a huge, outstanding game in its original form – but when you add the three expansions and more story lines to the mix, this game became one of the largest and most fulfilling games I have played in recent memory.  There are lots of big problems with the port but if you have a fast enough system and you can get used to a slightly different gamepad setup this can be your go to game for months to come.