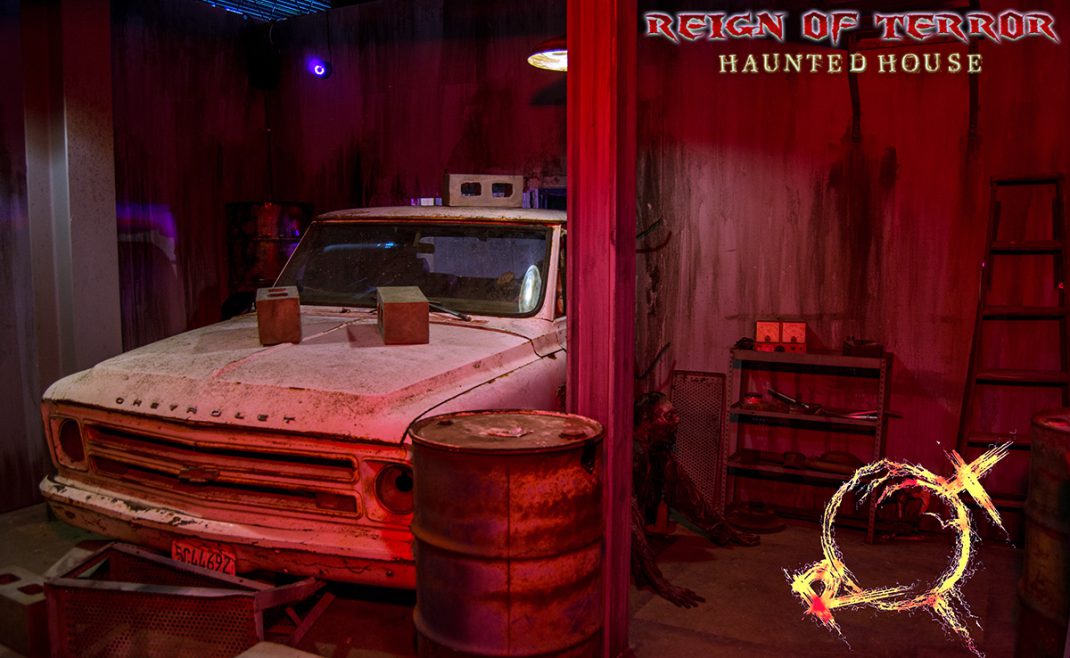 For a preview of the haunted house, visit www.rothauntedhouse.com

Ticket prices range from $15 to $25 for general admission and $25 to $35 for express entry admission.  Tickets are available for purchase now online at http://www.rothauntedhouse.com/. The Reign of Terror ticket office will also be open starting 6:30 p.m each night, so tickets can be purchased at the event as well. Anyone in line for entrance prior to closing time each night is guaranteed entrance.
Reign of Terror is an intense experience geared for horror and thrill seeking fans, but it can still be enjoyed by all ages. For families with younger children, Reign of Terror Lights On tours are offered two Saturday afternoons, October 21 and October 28 from 1 – 4 p.m.  Lights On tours have no special effects, no darkness or scares in operation, but all regular lighting is on. Admission for the Lights On tour is $5 for children and adults.

Reign of Terror succeeds in providing more than a good scare by giving back to the community. Because Janss Marketplace hosts the event in over 23,000 square feet of indoor space, the haunted house is able to donate proceeds from entrance fees to the Conejo Recreation and Parks District.
Each year, Janss Marketplace’s annual donation benefits the District’s Thousand Oaks Teen Center, Young Artists Ensemble programs and the Conejo Theatre for Everyone, which gives special needs youth the opportunity to perform. Over the past eight years Reign of Terror at Janss Marketplace has generated over $200,000 in donations.

About Janss Marketplace
Janss Marketplace is part of a portfolio of more than 80 shopping centers owned or managed by NewMark Merrill Companies, LLC, also headquartered in Thousand Oaks.  Since 1984 Chairman and Chief Executive Officer Sandy Sigal has led NewMark Merrill in a community leadership role at the company’s shopping centers in more than 45 cities throughout California, Colorado and Illinois.