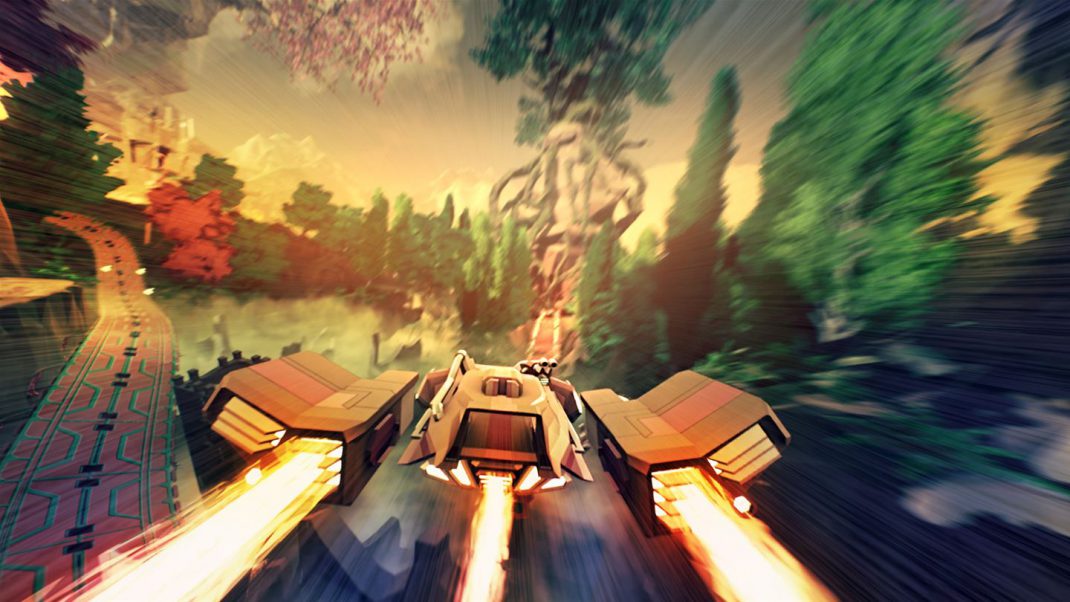 Future racing has been popular since the F-Zero days and WipeOut closely followed suit with the space race hovering vehicles achieving speeds unheard of in more grounded vehicles titles. RedOut is a new addition to this league, closely resembling WipeOut with it’s slick looking vehicles on tight, hilly tracks with lots of turns and jumps.

The vehicles in RedOut take a lot of getting used to with handling, using both sticks, constant brakes, and a power-up which can be used during certain matches. The speed of the matches is what has a bit of a learning curve since you really need to be able to keep up with your opponents, not only while keeping your vehicle going as fast as possible while maneuvering through turns, but also keeping an eye on the pitch. Not only can dragging the walls take a toll on your ride but so can drag say if you were to be going uphill and not adjust the nose, as well as slow you down. 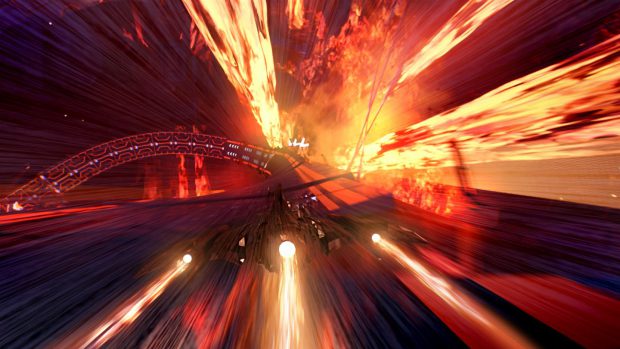 RedOut is definitely a pretty game to look at but it’s visuals are somewhat dated. The menu screens for picking your vehicles, colors, next race, etc, are rather dark and ugly with standard text font that look like it was accidentally leftover from testing, The vehicles look somewhat slick but not as clean cut as you’d expect a WipeOut challenger to be and the standard paintjobs that your locked to really don’t do much aesthetically.
The tracks are pretty but sometimes less is more. I found myself early on getting lost between what was oncoming turns and what was background, especially on tracks that have transparent roadways. It makes learning the tracks even harder when you’re trying to keep up with the competition and you mistake an off-to-the-side bit of graphic for turn and bury yourself into a wall losing energy and places / time.

The music during the races is actually pretty entertaining and fitting for the speed at which you’re traveling. Skipping the all-standard low beat techno that plague games like Rocket League, RedOut opts for a more heavy metal affair with pounding guitars the faster you speed down the track. 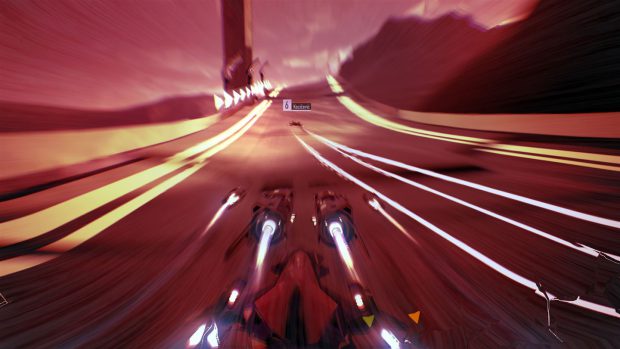 While fun, RedOut seems a bit old. It’s nothing that hasn’t been done before and if you enjoy WipeOut, there’s really nothing new here at all. If anything, it might be a step backwards for those diehard future speed racing titles. It can be entertaining at times but I felt overly frustrated with the races and the mean looking menus. Perhaps with a little more polish, this could have set a new level in these types of racing games but you wont find anything new here, unfortunately.