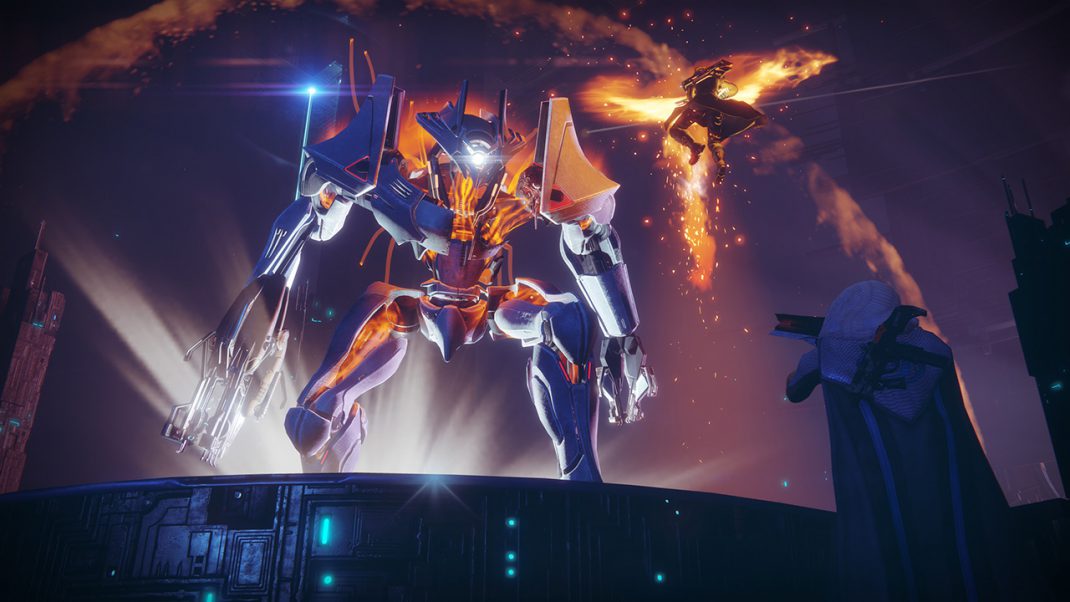 Santa Monica, CA – September 5, 2017 – Bungie and Activision Publishing, Inc., a wholly owned subsidiary of Activision Blizzard, Inc. (NASDAQ: ATVI), deliver the world-renowned, first-person action game, Destiny 2, to players across the globe at 12:00 A.M.September 6 regionally in each territory where available at global retailers on PlayStation®4 systems with additional, timed exclusive* content, and Xbox One (PlayStation®Plus or Xbox Live Gold subscription, respectively, required for significant features).  On the heels of celebrating the biggest Beta in Bungie and Activision Publishing history, and after receiving nearly 70 global awards and nominations to date, including industry behemoths “Best Multiplayer Game and Best Social/Online Game from gamescom award 2017”, and “Best PC Game – Game Critics Awards: Best of E3 2017,” the stage is set for Destiny 2, the sequel to the internationally acclaimed Destiny, to be one of the biggest launches of the year. Additionally, Destiny 2 will be available on October 24on PC at retail and as the first non-Blizzard game to be offered digitally via Battle.net®, Blizzard Entertainment’s online gaming service.

Developed by Bungie, Destiny 2 is a highly anticipated sequel that takes players on an epic journey across the universe to defend humanity from annihilation. The game welcomes new players to the universe, as well as those who have been devoted to the universe since the beginning, with an array of modes and activities to explore. In the story of Destiny 2, the last safe city on Earth has fallen and lay in ruins, occupied by a powerful new army. Players must master new abilities and weapons to reunite the city’s forces, stand together and fight back to reclaim their home.

“A great story. Awesome characters. A menacing villain. A clear mission. A gorgeous, expansive world to explore. And of course, great, innovative gameplay that is fun to play solo or with friends. Destiny 2 has it all,” said Eric Hirshberg, CEO of Activision. “Whether you’re one of the millions of fans who are already a part of this community, or you are brand-new to the Destiny world, this game is something all different kinds of fans will enjoy and appreciate. We can’t wait to share it with you.”

Bungie CEO, Pete Parsons, said, “Destiny is designed to bring players together, and we are humbled to be part of the communities who breathe life into our worlds. For us, it’s all about the stories, memories, and friendships that are made when people come together.” He added, “Destiny 2 represents the spirit, passion, and energy of an incredible team of world builders here at Bungie, and its launch is the culmination of years of partnership with Activision to bring this game to millions of players all around the world.”

In Destiny 2, every player creates their own character called a “Guardian,” humanity’s chosen protectors. Players can choose from playing the cinematic, story campaign, venturing into the expansive destinations to join in cooperative modes including Strike missions. They can also explore and complete Quests, Adventures and Patrols, or uncover Lost Sectors and Treasure Chests, while rallying with other Guardians to dominate Public and Heroic Events, Flash Points, and more. For competitive players, Destiny 2 offers intense 4v4 multiplayer matches in ‘The Crucible’. Additionally, the fan-favorite endgame gameplay experience, the 6-player Raid, will go live for players at 10 a.m. PDT on Sept. 13. An all-new, community-oriented feature to be implemented in Destiny 2 rolling out shortly after launch is the ‘Guided Games’ system to help players find like-minded groups to experience some of Destiny 2’s most challenging activities.

Destiny 2 is currently rated T for Teen by the ESRB and is available at a suggested retail price of $59.99. The product line-up also features the Destiny 2 – Game + Expansion Pass Bundle at $89.99 SRP, the Destiny 2 – Digital Deluxe Edition featuring premium digital content at $99.99 SRP, the Limited Edition at $99.99 SRP, and the Collector’s Edition, featuring a fully-wearable Destiny 2 – Frontier Bag, Expansion Pass, premium digital content and a Cabal-themed Collector’s Box for $249.99 SRP.