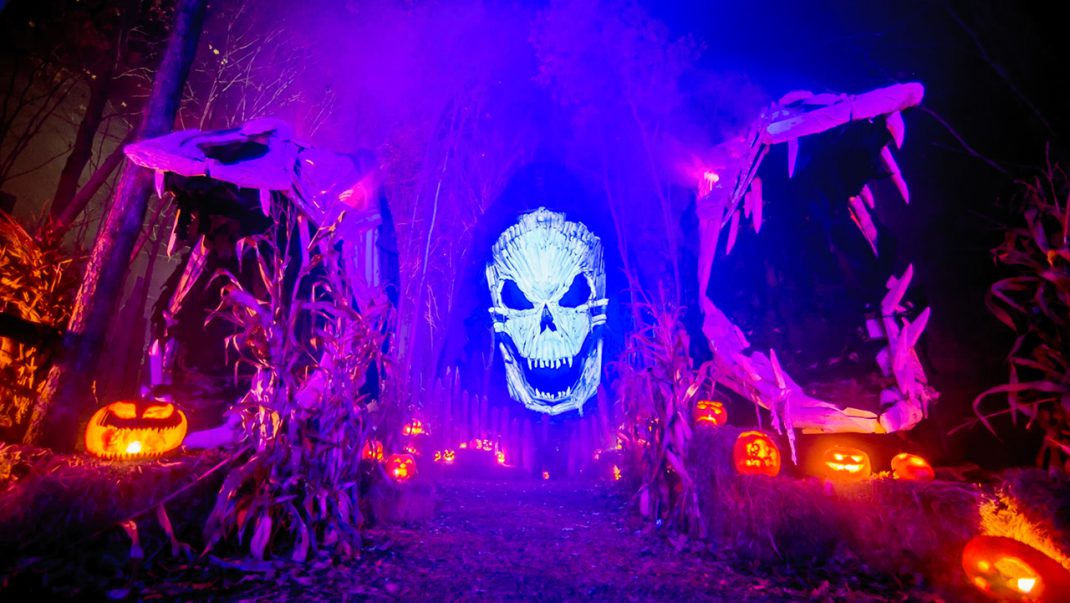 HAUNTERS: The Art of the Scare Announced

AUSTIN,TX – Tuesday September 5, 2017 – The release date and new trailer for HAUNTERS: THE ART OF THE SCARE was announced today. The film will celebrate its World Premiere at Fantastic Fest in Austin. HAUNTERS: THE ART OF THE SCARE features interviews with notable horror filmmaker Jason Blum (producer of The Purge, Insidious, Split, Get Out), Sylvia & Jen Soska (American Mary & GSN’s HELLEVATOR), Jessica Cameron (Truth or Dare), and the creators of the most popular and controversial haunts in the world. This documentary also has a killer soundtrack with songs from Dead Man’s Bones (Ryan Gosling & Zach Shields who’s also from the band Night Things and co-writer of the films Krampus and the upcoming Godzilla), Emptyset, Original Score by Jonathan Snipes (ROOM 237 & The Nightmare), Original Score by Alexander Burke (has recorded with Fiona Apple, David Lynch and Mr. Little Jeans) and Neil Baldock (recoded with Kanye West, Radiohead and Wilco).

This documentary will take you behind-the-screams with the people who sacrifice everything to create the most popular and polarizing haunted houses for Halloween – from boo-scare mazes to a controversial new subculture of extreme terror experiences. What started as a successfully funded Kickstarter campaign (backed by Neil Patrick Harris) became a 4 year journey for director Jon Schnitzer to bring audiences deeper into the Halloween subculture than ever before with unprecedented access. HAUNTERS: The Art Of the Scare also uncovers how Halloween, haunts and horror have always thrived during times of chaos, political uncertainty, and war because people use horror and haunts as a form of therapy or “scare-apy” to confront their worst fears. But how far is too far?

haunted houses   haunters: the art of the scare   horror   movies