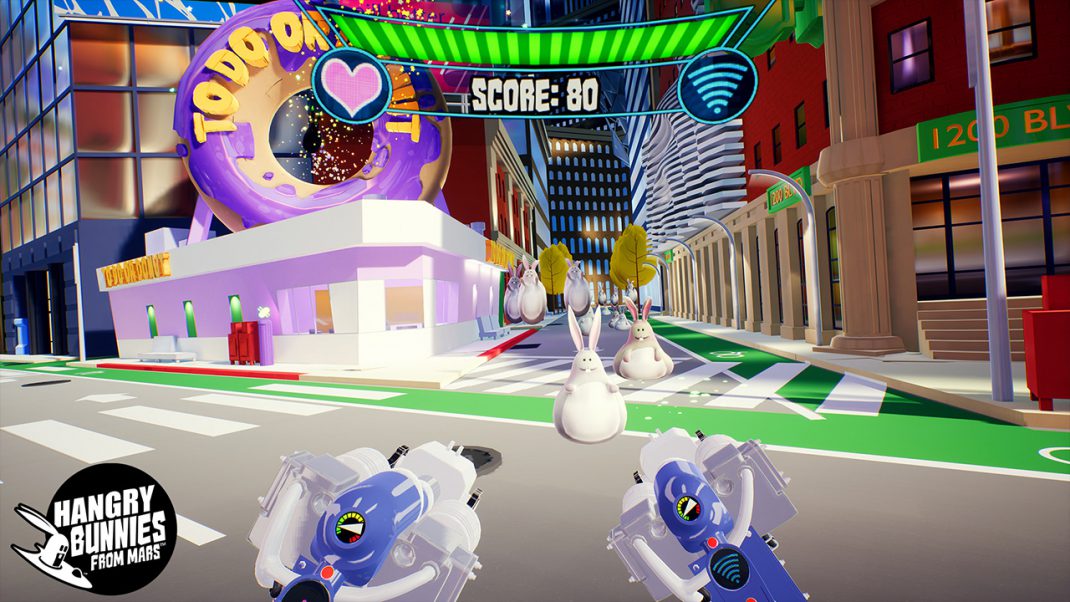 Who loves being eaten to death by bunnies? (No one.) Especially not hundreds of them. Which is why the not-so-subtly-named extermination company Critter Death Squad is using you as its latest Exterminator to single-handedly hold off this hangry horde. Never mind the fact that you’re an extremely expendable clone (and they’ll just grow a new one if you die), because what really matters is the fact that you’re equipped with some seriously awesome transforming weapons that excel at unleashing critter death.

In Hangry Bunnies From Mars, you’ll take on hundreds of fluffy-wuffy bunnies at once in this replayable arcade adventure. You’ll suit up using some ridiculous weapons to take on these voracious varmints, all the while enjoying hilarious running commentary from Colin the British engineer and Vlad the Russian tactician. Featuring a script written by a Hollywood team–including Jeremy Adams, writer and producer for Lego, DC Comics, Monsuno and more. Hangry Bunnies features a dynamic difficulty adjuster that keeps gameplay consistent regardless of VR expertise, making it a great experience for beginners and skilled shooters alike. You’ll literally have a blast defending the great city of New Los Angeles, all rendered with a vibrant art style in roomscale VR!

The game launches on August 23 for the HTC Vive with Oculus Touch support releasing shortly afterwards. Check out the website for more info (and the epic trailer!) at www.hangrybunnies.com.