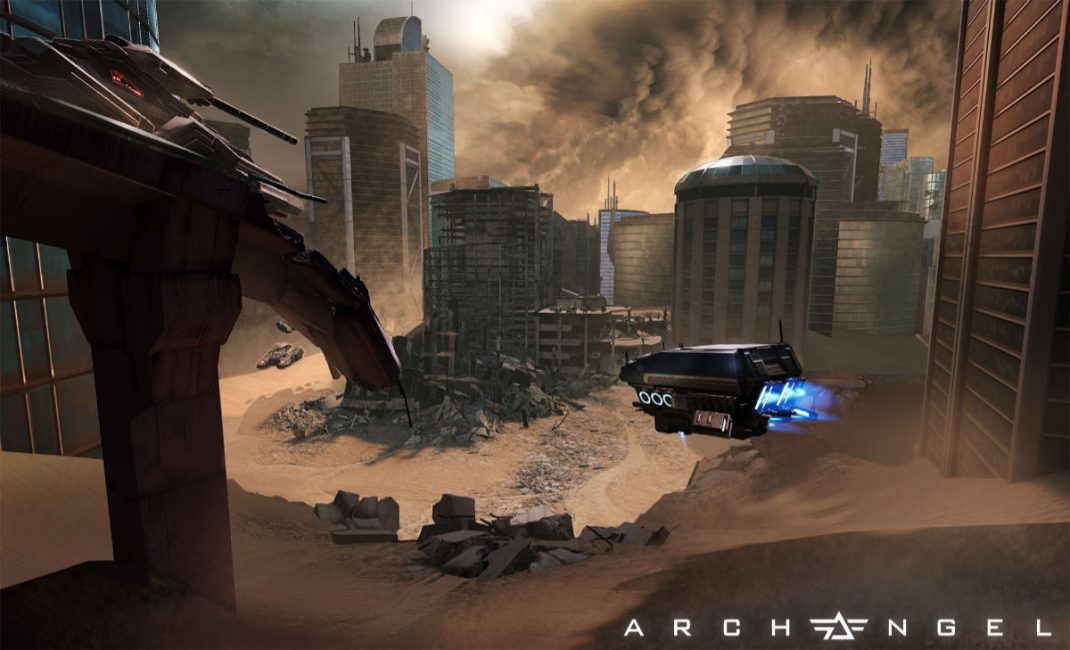 June 13, 2017 — To commemorate the first day of E3, Skydance Interactive have released the trailer for their amazing new flagship VR game Archangel! You can view and embed the trailer here.

Skydance Interactive is the interactive entertainment division of Skydance Media, a film/TV production company responsible for films such as World War Z and Star Trek Beyond.

Archangel takes place in a post-apocalyptic America as players suit up in the cockpit of a six-story war machine to stop an evil corporation from taking over the country. Archangel is the first VR game from Skydance Interactive and it will officially launch in July for an exclusive two-week window on PSVR before it releases on other platforms.