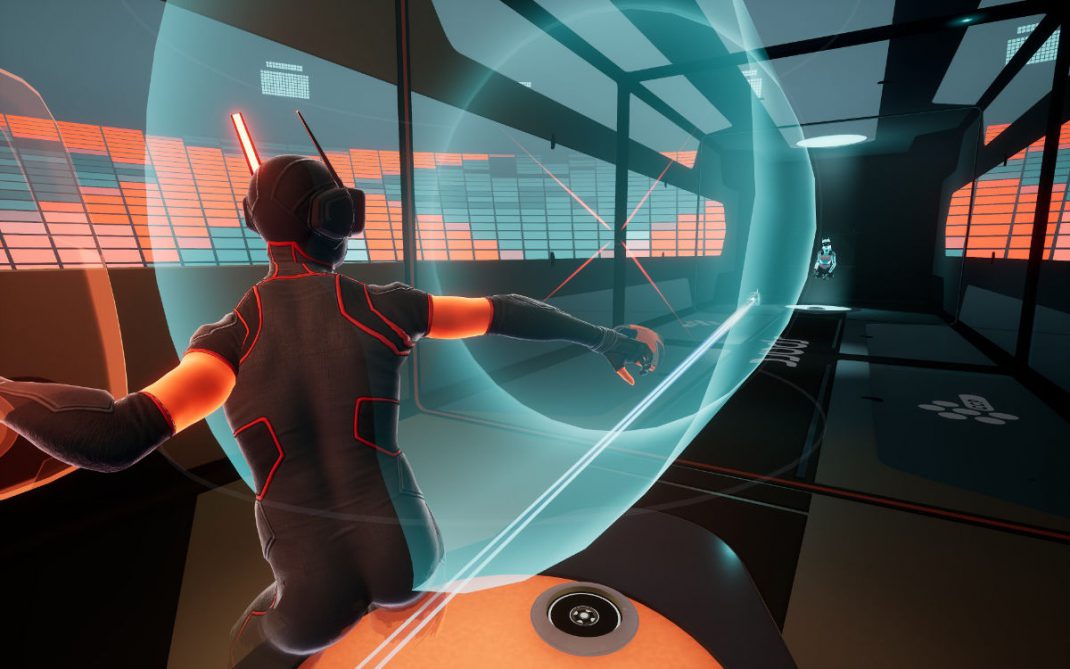 12 June 2017 – Atlanta, GA – CCP Games’ first-of-its kind, full-body virtual sport (“vSport”) Sparc™ is coming first to PlayStation®VR (PS VR) in Q3 2017. The upcoming virtual reality game has been topping headlines through its fun and fierce competitive gameplay, with Eurogamer describing Sparc as “a new magical moment in VR,”Hardcore Gamer calling it “one of the best times I’ve had in a VR environment,” and VG24/7 declaring that “Sparc is the type of game that VR desperately needs more of.”

Sparc is a skill-based, fast-paced, and physical sport only possible in virtual reality. In Sparc, players utilize their two PlayStation®Move motion controllers to aim and throw projectiles at each other inside a sleek virtual arena, while defending themselves by dodging, blocking, or deflecting incoming attacks from a live opponent. Players can compete against their friends or find challengers via online matchmaking.

Players can watch Sparc matches in-person and queue up for the next match through “Courtside,” a freeform social area that allows for spectating in VR. Sparc includes multiple two-player game modes as well as a selection of single-player challenges and training modes, plus a wide range of visually striking customization and personalization options for competitors.

CCP Games are looking forward to launching Sparc first on PS VR and giving a great number of players the opportunity to experience its instantly compelling gameplay for themselves.

“We have been exploring various aspects of VR over the past four years and pushed into new, exciting territories,” said Hilmar Pétursson, CEO of CCP Games. “Out of one of those explorations, we found this amazing, central nervous system-unlocking experience that really feels like a solid next step towards the next generation of virtual reality experiences. As our first release outside of the EVE universe, I’m really looking forward to seeing how people react to this level of innovation.” “With Sparc, we’ve set out to deliver an original sport for the current generation of VR hardware,” said Morgan Godat, executive producer at CCP Games’ Atlanta studio. “We want to create plasma-clad sporting champions in living rooms via the virtual court, where challengers will meet and compete with other players from around the world.”

At launch, Sparc will be available for purchase through the PlayStation®Store. For more details about the game, please visit www.playSparc.com and follow Sparc on Facebook and Twitter.e