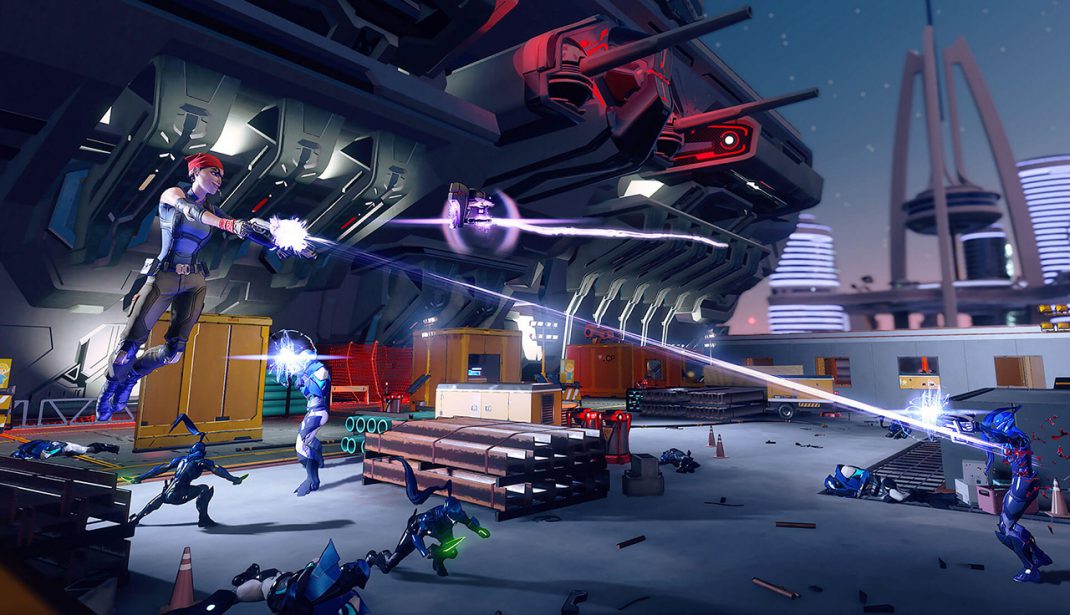 May 30, 2017 – Seoul is a big place.  When the Agents aren’t using their teleportation abilities, or climbing up the side of the massive buildings, or using the many construction sites that are repairing the damage done on Devil’s Night to get around the city, the best way to maneuver the streets is by taking one of their fleet of luxury vehicles created by the automotive genius of the ARK, Quartermile.

Quartermile takes his love of luxury cars seriously and treats them with the love and respect they deserve.  Like a kid in a candy store in the MAYHEM Motor Pool; Quartermile gives gleeful demonstrations of his high security, combat ready vehicles followed by a written test before they any Agents are issued with one.  He takes it as an insult if Agents are careless with his creations, which they usually are.  Just for fun, each car has an AI for Agents to chat with as they drive. Afterall, who doesn’t love a talking car?

Agents of Mayhem is a single-player, open-world, third-person action comedy for the PS4, Xbox One, and PC gaming systems releasing on August 15th. For more information and to get the latest updates on the game, follow us on Twitter at @aomthegame, on Facebook at Facebook.com/aomthegame, or visit aomthegame.com.