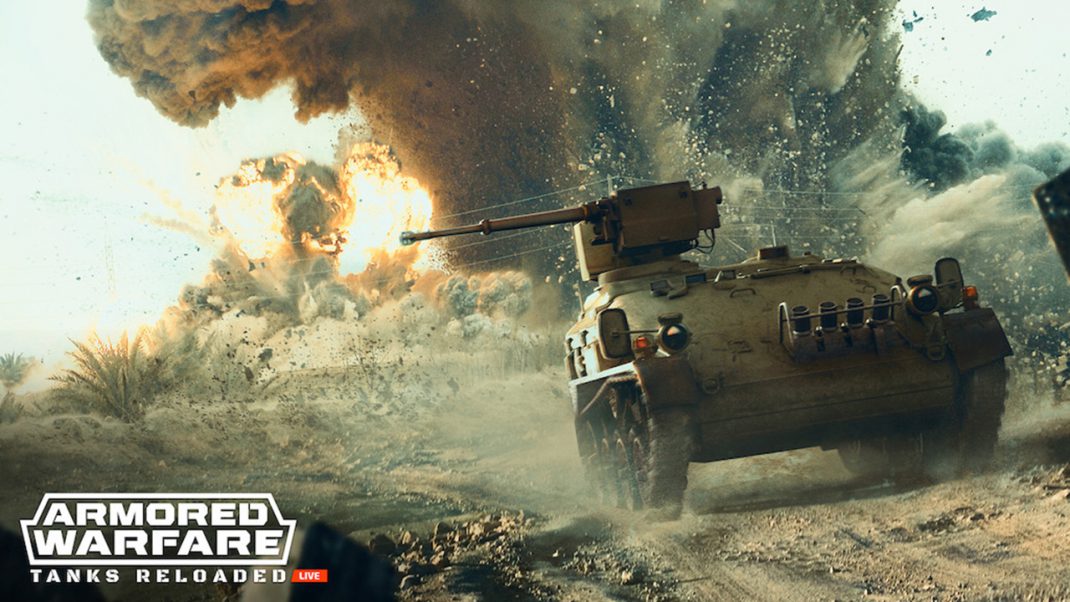 Thursday, April 20, 2017 — Developer and global publisher My.com are proud to announce that update 0.19 for Free-to-Play Tank MMO Armored Warfare – Tanks Reloaded is now available. The anticipated update and its main feature, Balance 2.0, mark the beginning of a new era for Armored Warfare. Balance 2.0 consists of many highly impactful gameplay and balance changes that represent the foundation for the game’s future development. 26 new vehicles are added for tank commanders to drive to the modern battlefields and wreak havoc in a new PvP map and brand-new PvE missions.

Tanks Reloaded will define the further steps for the game’s genre defining mode Global Operations, by adding the large scale and Caucasus-themed map “Barren Divide”. A fully interactive map with overhead surveillance drones, fighter bombers and static anti-tank turrets functioning as a 3rd party support for each of the competing teams. Global Operations is an exciting new game mode for the genre and fuses the PvE and PvP game modes together in a unique and explosive mix.

Balance 2.0 is a catch-all for a set of changes and improvements coming to Armored Warfare in Update 0.19 based on community feedback which solve the problems in high tier gameplay and alleviates the power creep between tiers throughout the game. Another major part of Balance 2.0 is the re-evaluation of every core gameplay mechanic, including: damage mechanics, class abilities, retrofits, upgrades, and crew skills. This fulfills the purpose of ensuring these mechanics are working cohesively to deliver balanced and exciting gameplay as intended. Learn more details about Balance 2.0 on the dedicated page to the upcoming changes: aw.my.com/balance-2.0