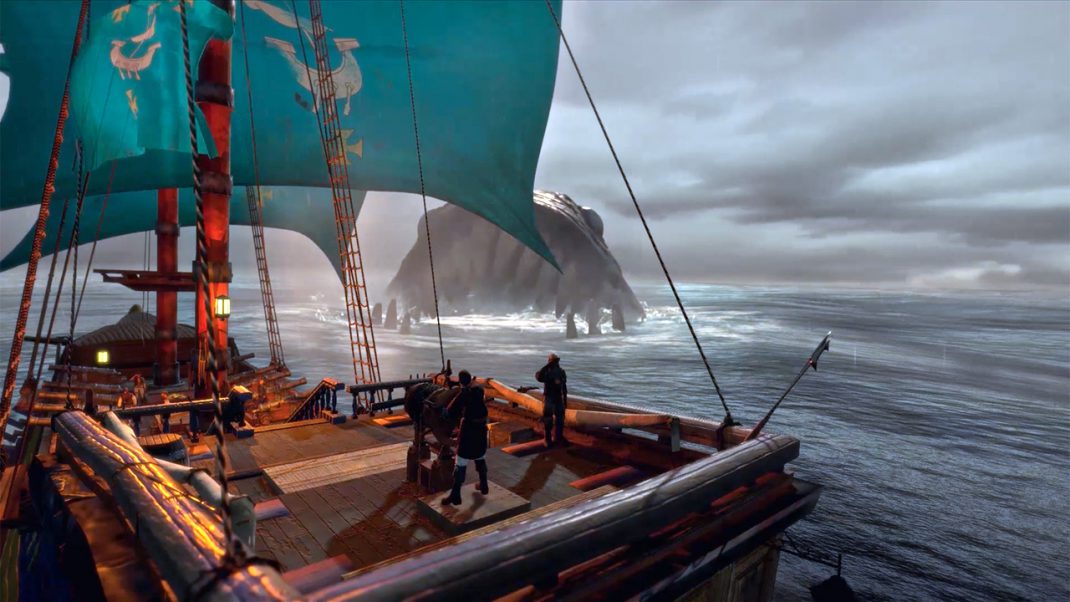 I love to try pirate themed games.  I don’t care how bad initial reviews may or may not be, I will always give one a chance and that is probably because of years of playing them.  I also love to play games where I get to face off against orcs and goblins. The best and most notable case of this for me is a game I just celebrated a 10 year guild anniversary in.  So let me fight those black sails and privateers through waters where there be monsters… on other ships as well as the deep dark depths.  Man O’ War: Corsair – Warhammer Naval Battles promises pirate combat and plenty of orcs to kill. Let’s see how she sails!

Full Sails To The Wind:

Man O’ War: Corsair is out now on Steam and first I’d like to address the game’s score.  It sounds like it was made by an orchestra for the History Channel and that is a great compliment.  The score is epic and sounds professionally orchestrated – it pulls you in and makes you think about the game having massive scope.  Massive sound=massive expectations, especially in this case! 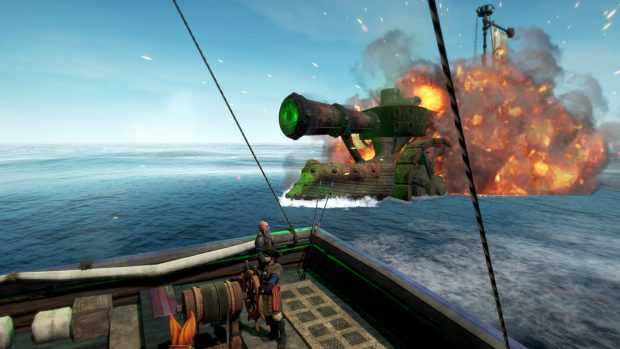 The graphics are what you would expect from a Warhammer game, and it is truly Warhammer on the high (and low) seas.  These are some large boots to fill because usually when you think of Warhammer you think of fighting outside then maybe going into the occasional vehicle or siege machine. This time, however, it is the other way around.  You will get boarded by Green Skins or even board their ships, but you have to watch your back as well for the pirates or other countries who don’t like you and might want to use the opportunity to sink you.

You go into ports to get crew, weapons, ship repairs, upgrades and purchases, find contracts for everything from sneaking spies and diplomats between ports to making sure one ship or another never sees dry land again.  You have to be careful how many enemies you make throughout your journeys because when your ship is shot to hell, most of your crew is dead, and your sails are ragged sheets the closest port in a hell storm just might be what saves you.

Speaking of storms, the game has a terrific weather system that brings beautiful rain, fog, and snow – and sometimes these storms can be brutal.  But it isn’t just the monsters riding ships or diving from above that you have to fear, there are also great beasts beneath the waves that can tear your ship apart and leave you wishing for a bigger boat.

Man O’ War: Corsair is open world, with over 50 ports to visit (or sack) and you can play as a merchant, privateer, pirate, great sea hunter or any mix of lot to further your career through across the seas.

…Surprise, and that is just the humans!  You can work your way up through the dark ranks and even lead Green Skins in fleets to sack cities and torture citizens.  It is the Dark Gods you are trying to impress and their is no place in their royalty for the squeamish.  So (especially while learning) I suggest you save often and kill plenty.  Once again it is still open world and open season on the puny little humans and seem to fear nothing more than heads on pikes. 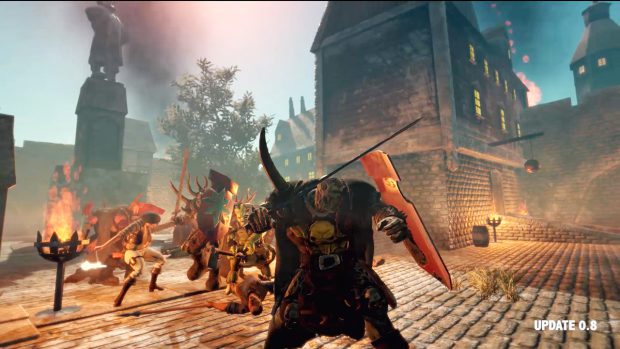