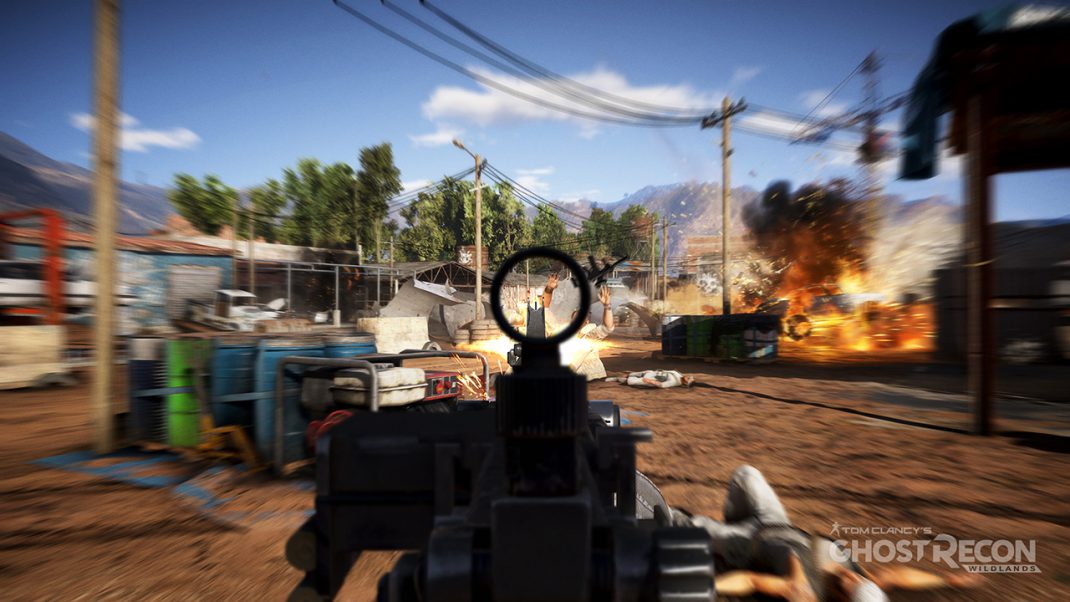 Tom Clancy’s Ghost Recon has been a staple of the squad-based tactical shooter genre going back to 2001 with the original game in the series. While Ghost Recon has been known for offering players a lot of freedom in exercising various tactics to accomplish their objectives, the series’ latest offering, Ghost Recon Wildlands, has promised a more open-world, choose your own adventure style of play. Thankfully, Wildlands delivers on this promise and a lot more, making it a worth while addition to your games library. Ghost Recon Wildlands begins with a Ghost Recon team of soldiers deployed to Bolivia to takedown a drug cartel. Backed by CIA liaisons who dole out background narrative and story missions, the squad must systematically dismantle the criminal enterprise.

If you have played games like Just Cause and Grand Theft Auto, you will be familiar with the basic layout of how the game works its open-world system. You start out with a small area visible on your TacMap and slowly start increasing this to larger swaths of land as your explore and fight. You can choose to take on side missions which can gain valuable supplies for the rebels as well as their support with things like mortar strikes, vehicle drops, and more. You can look for intelligence which lets you see additional locations containing new weapons, components, and a lot more. 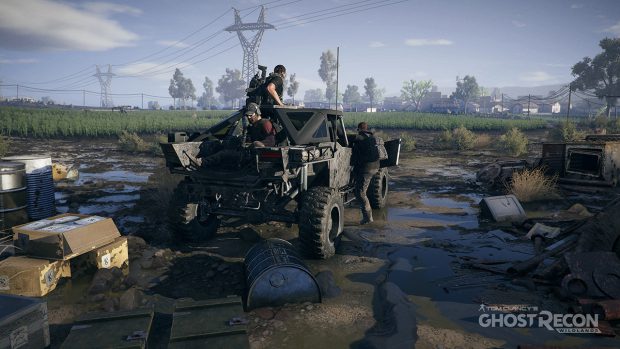 Customizing your weapons and Ghost is an absolute treat. Not only does Ghost Recon Wildlands feature a wide array of real world equipment, but Ubisoft has teamed up with 5.11 Tactical to feature their gear in the game as well! Running our sites, airsoft sports column, I own a lot of that stuff for gameplay and it was great to see it available for my in-game character. I basically made a digital version of my airsofting-self. Very meta.

Still, my encounters with Ghost Recon Wildlands have not been without a little pain and suffering. The game still suffers from a number of annoying bugs, such as strangely long terrain loading times that freeze the game for 5 to 10 seconds at a time and this loading issue also seems to affect being able to see weapons and other items important to completing side missions and other objectives. Thankfully, this does not happen all the time – otherwise it would be absolutely game-breaking as it rips the player out of the experience immediately. Hopefully, this issue can be patched with extreme prejudice, but I digress.

If playing Ghost Recon Wildlands solo, you will want to take extra care with ordering your squad mates around. The AI is a bit clunky at times and they end up in some places that don’t make a lot of sense. Not that single player isn’t a fun experience, it is. But, co-op play is where Wildlands shines like the war-torn third-world nation it sets out to showcase. You and your squadmates, planning out your own ops on the TacMap and then deploying as you see fit. It is truly an amazingly-fun experience that I highly recommend. Additionally, sniper rifles currently seem to shoot more like broken paintball guns than actual high powered rifles. No matter what one you fire, the bullet drop is pretty massive, even at short ranges. I am hoping that Ubisoft can patch out some of these issues before the game gets too old in the tooth. 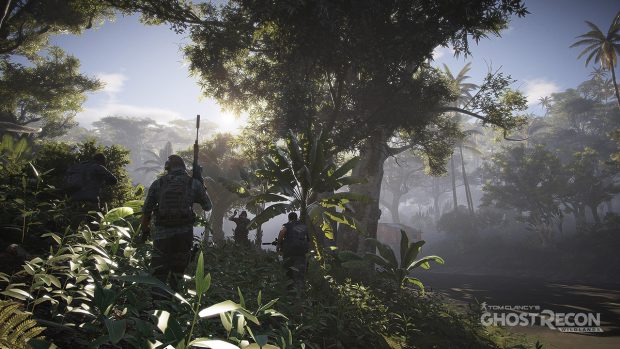 When you fire up the game in co-operative mode, however, it adds a whole new level of fun to the overall experience. Just be sure to round out your 4-person squad with real people as the minute you put another person in the mix, the other AI squad mates from the single player mode are gone. Playing in co-op mode, you guys have to carefully plan your next target and mission – how will you get there, what tactics will you employ once you do, etc. There is a nice level of tactical analysis that needs to be done. Of course, you could just all “zerg” in and see what happens – that can be a lot of fun too. The choice is really yours!

Tom Clancy’s Ghost Recon Wildlands is an open-world sandbox tactical shooter game which, when employing co-operative play, can be out of this world fun – despite its many bugs. In single player mode, you will still have a good time with the game, but that experience could be made a lot better with some game patches. Ghost Recon Wildlands is available now for the PlayStation 4, Xbox One, and Windows PC platforms.