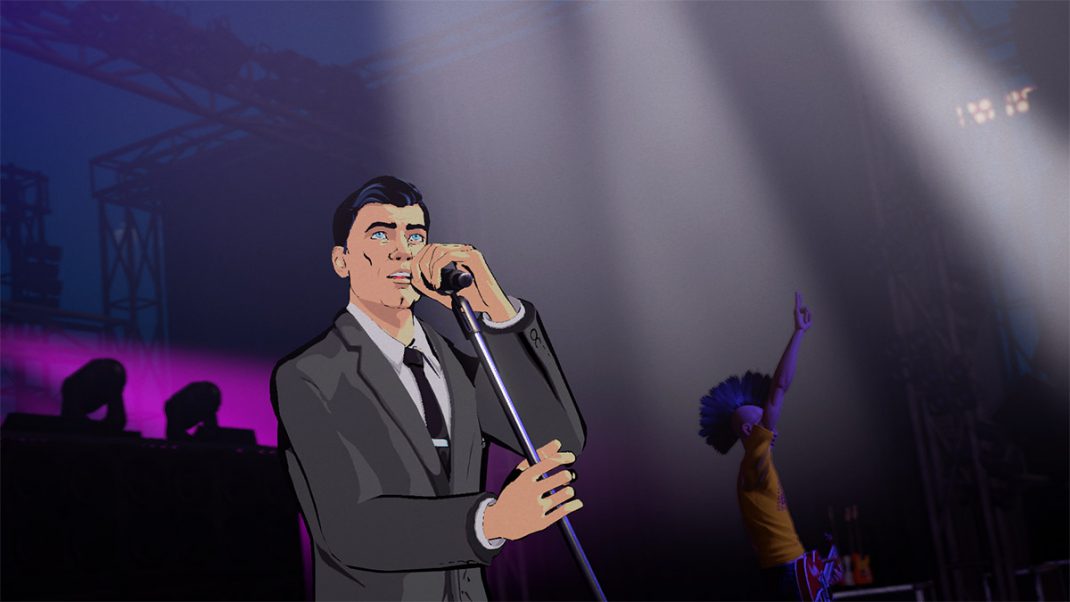 March 15, 2017 – Iconic ‘80s songs don’t get much bigger than Kenny Loggins’ “Danger Zone”. Taken from one of the best-selling soundtracks of all-time, “Danger Zone” peaked at #2 on the Hot 100 and cemented Kenny Loggins’ status as the King of ‘80s soundtracks.  The song (co-penned by disco pioneer Giorgio Moroder) has become a pop culture staple and true anthem.

Bringing Archer into the Rock Band world presented a unique challenge for the art team. The Archer TV show is 2D animation with a cel-shaded style – completely different from the signature look of Rock Band. The team wanted to stay true to the Archer Style, so we created a custom cel-shader in Rock Band just for this character. The end result is an Archer that looks like he was pulled straight from TV and dropped on stage.

Archer will be available to all Rock Band 4 players when the March update hits tomorrow, March 16.  Check him out in action below, and get pumped for the new season, Archer: Dreamland, premiering April 5th on FXX.