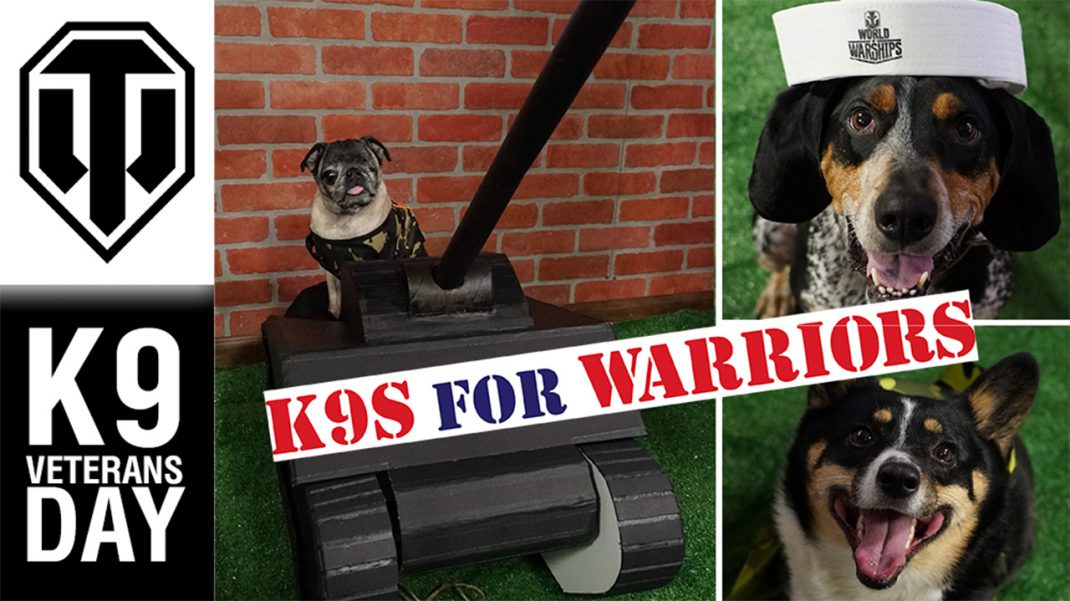 March 15, 2017 – Wargaming is excited to recognize and support National K9 Veterans Day (March 13th), the official birthday of the US Army K9 Corps, formed in 1942. The K9 Corps has allowed thousands of dogs and their handlers to serve in the military with honor, dignity and valor, to protect the life of their fellow soldiers.

To celebrate these four-legged heroes, Wargaming is partnering with “K9s For Warriors” a non-profit organization dedicated to providing service canines to our warriors. Since the organization was founded in March 2011, K9s For Warriors has trained and rescued 550 dogs and paired them with 278 veterans who suffer from Post-traumatic Stress Disability, traumatic brain injury and other trauma as a result of military service.

How players can help:

Online: For every canine friend photo shared using #WGK9Salute from March 13-19, Wargaming America will donate $1 to K9s for Warriors

In-Game: In addition to our social fundraising campaign, World of Tanks players on Xbox 360, Xbox One, and PlayStation 4 will also be able to purchase our Best Friend bundle within the in-game store from March 13-19th with 100% of net proceeds being donated directly to K9s for Warriors.

For more information about K9s for Warriors, please visit: http://www.k9sforwarriors.org/

*Completed photo shares for donation are only applicable to the United States and Canada. Only one photo share per player will be counted towards donation.