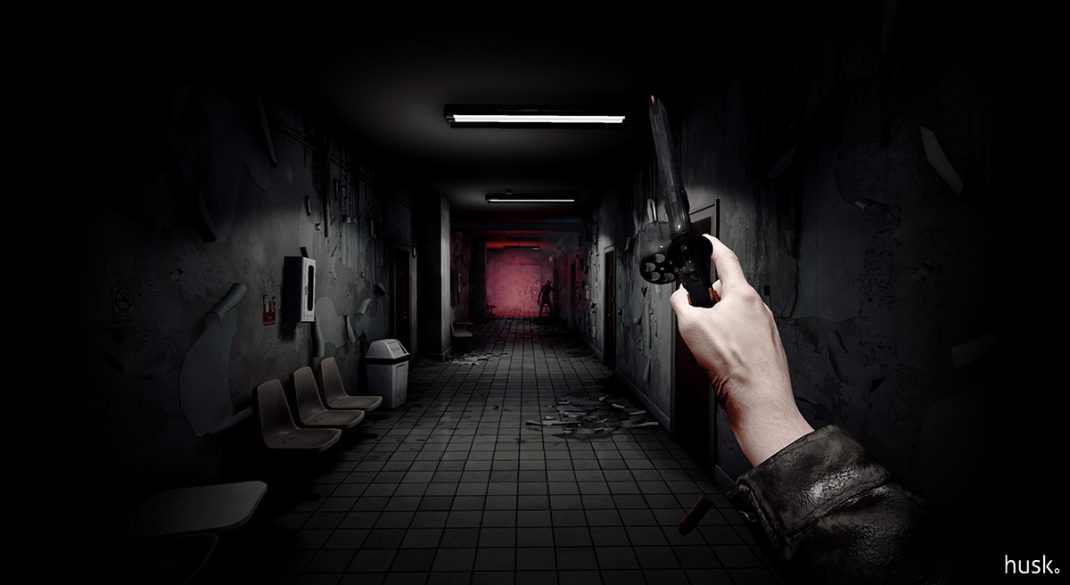 February 3rd, Bielsko-Biała, Poland – It’s 1995, you’re Matthew Palmer, and you’ve just woken up after a train crash. There’s nobody around. In particular, there’s no trace of your wife and daughter. The only sign indicating where you are says: Welcome to Shivercliﬀ…

Shivercliff – a small town somewhere on the coast. Once beautiful and lively, with gift shops and tourists visiting the nearby lighthouse, wharf, and forests. Now discouragingly empty with a vague sense of danger hanging in the air. A place where you’ll be forced to face your worst nightmares, solve mysteries, and survive the devouring darkness. A place that will make you answer one, important question: Do you have what it takes to look your demons in the eye and find your family?

Husk is a purebred FPP horror inspired by the classics of the genre such as Silent Hill and Alan Wake. Powered by Unreal Engine 4, the game is dripping with a 1990s climate and atmosphere. Offering immersive narration and terrifying iconic opponents, Husk at the same time raises important questions about domestic violence and alcohol addiction.