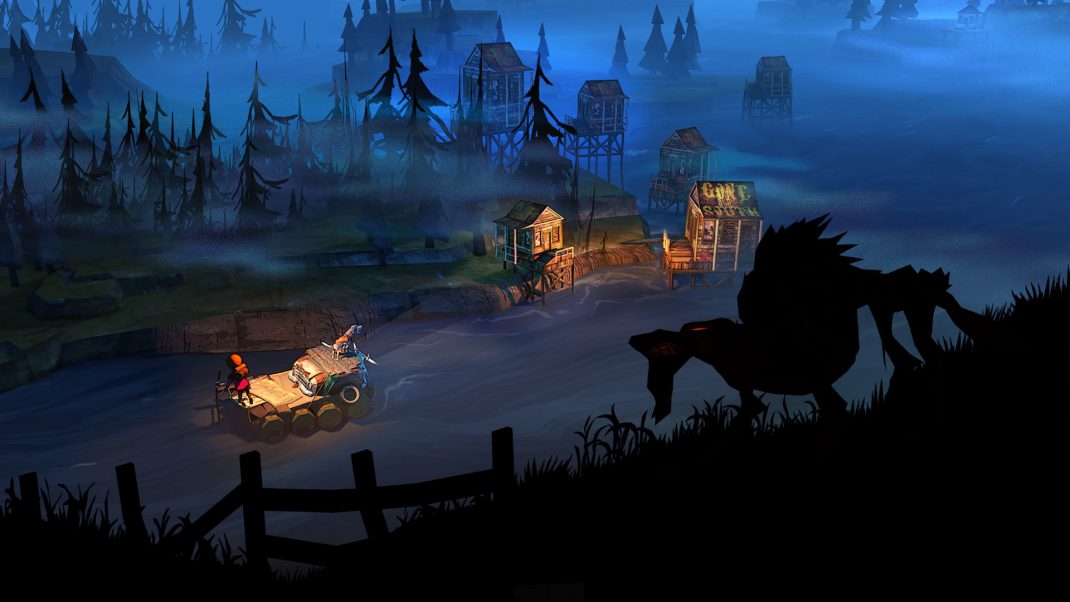 The Flame In The Flood Review (PlayStation 4)

My EIC asked if I would like to play a game called The Flame In The Flood so being a bit of a junkie for indie games he had me at hello.  Then I watched a trailer that was designed to introduce the graphics and the musician they had scoring the game.  I was gobsmacked – the colors are vibrant and artistic, the music rocks, and unlike most survival adventure games where you cruise along by yourself you get a cute little helper dog. This pooch looks like a pup I might adopt from the humane society in real life, since in game odds are the humane society got washed away with the storm.  The suddenly I got nervous and though I knew I have to play the game, take this beautiful trip I would have one thought in the back of my mind throughout the whole game: THEY HAD BETTER NOT KILL THE DOG.  They can get away with killing a lot of things in a game: brain altered teens, women who breath through their skin, whole planets even, but I had better not see any puppies or kitties die.  With this in mind I dove head first into the game (get it? Flood jokes!). 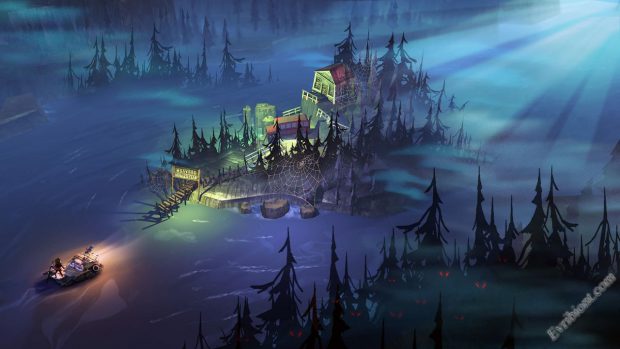 Lucky for me, everything is neat looking so I was walking around looking at the environment and clicking on everything I saw and as a result I learned things before I even hit the river.  Aesop the dog actually was not mine (it is now, try to take it from me!) and there were a lot of supplies and crafting you can learn and start building up before you even leave the original base.  Water, even rain water might give you your own person mud floods so be sure to clean the water using the steps they tell you almost right away.  Also when Aesop barks it’s best if you listen because he is either telling you  where good things are or bad things.  These aren’t game spoilers because unless you go crazy gung ho and immediately jump on the raft and start ramming into rocks this is kind of presented like a tutorial.  So looking around pays in double ways, you learn things and you get to take in the stylized 3rd person almost top down view of your lonesome duo.  You want to collect all you can but inventory is very limited so craft what you can at try to keep space open. 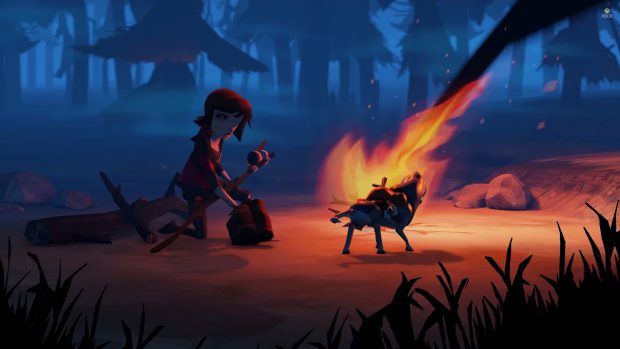 When you start hitting the river there are only certain places that you can park your raft so practice hitting them all and taking the river as slow as you can.  Once it speeds up and the rapids get worse then you will either have to start over to get those skills you didn’t earn at the beginning or try to learn fast.  Catching food and avoiding enemies is the same way, learn early or just become another victim of the flood.  Or other things…

What kind of surprised me was how much crafting you can do what with the inventory space being sparse. I also loved the somewhat open world, allowing players to stop at any of the docks when you want and craft what you want. The only things real issues with that is you are a victim to the water flow and a small inventory – though who knows what and who you might encounter deeper on you journey (more space, more space!).

Going With The Flow:

The Flame In The Flood is one of the most beautiful games I have played in recent time and the folksy music goes perfectly along with the gorgeous desolation.  If you have patience and a knack for crafting you might find yourself putting a lot of time and enjoyment into this game and no, traveler, they do not kill the dog.

The Flame In The Flood Review Scored: