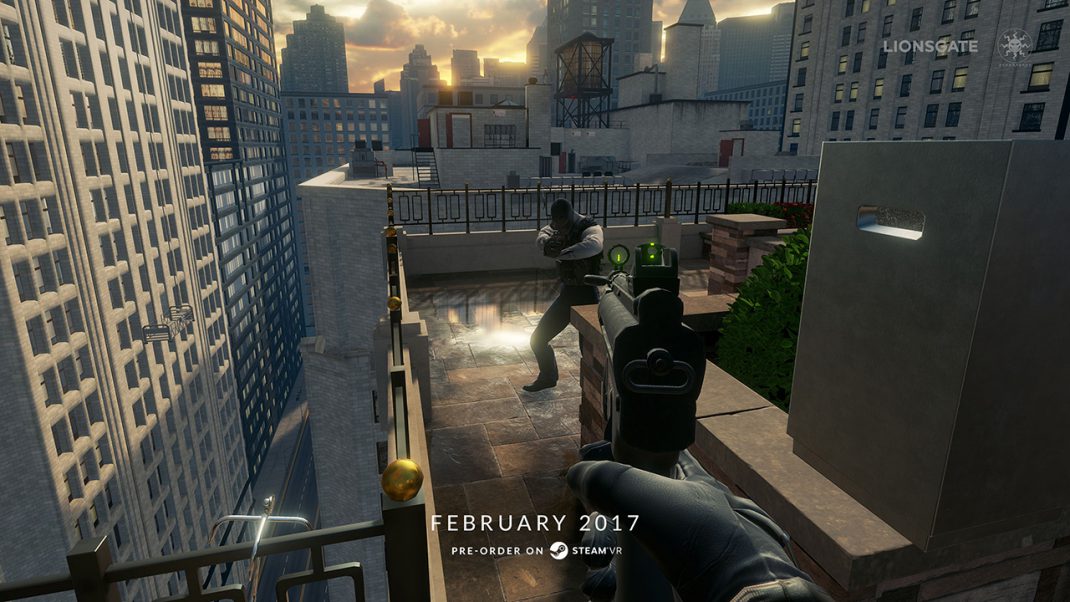 Starting at $1 or more**, players can purchase bundled packages which include the original PAYDAY 2, developed by OVERKILL – a Starbreeze Studio, as well as the “John Wick Weapon Pack” DLC, “The Bomb Heists” DLC, and Lycanwulf and The One Below masks. PAYDAY 2: Game of the Year Edition, which contains the base title, a dozen assorted heists, weapon and character packs, and two of the games’ soundtracks, can be unlocked at $6 or more. This tier also features the E3 2016 Mask Pack and the Electarodent, Orc, Crossbreed and Titan Masks.

For $14 or more, customers can grab one of 2016’s most thrilling multiplayer action experiences, Dead by Daylight. Developed by Behaviour Digital and published by Starbreeze, the game challenges groups of players to outwit and outlast one player empowered as the menacing Killer.

At $25 or more, players will receive a digital pre-order for John Wick Chronicles, coming to Steam this February from Lionsgate and Starbreeze for the HTC Vive virtual reality headset. One of the first AAA VR experiences based on a film property, this unique action shooter game lets players truly immerse themselves in the mantle of the legendary assassin for the first time.

Finally, at the highest tier of $45 or more (offer available in the U.S. only), fans will receive a digital copy of the original John Wick film via Steam, as well as a pair of tickets to see its much-anticipated sequel, John Wick: Chapter 2, in theaters when it opens in the U.S. on Feb. 10. This offer is limited to the first 5,000 orders purchased through the Atom Tickets app or website at: atm.tk/jwick. John Wick: Chapter 2 is distributed by Lionsgate’s Summit Entertainment label.

* Each new tier unlocks its associated content, as well as all rewards from the lower-priced categories below it.