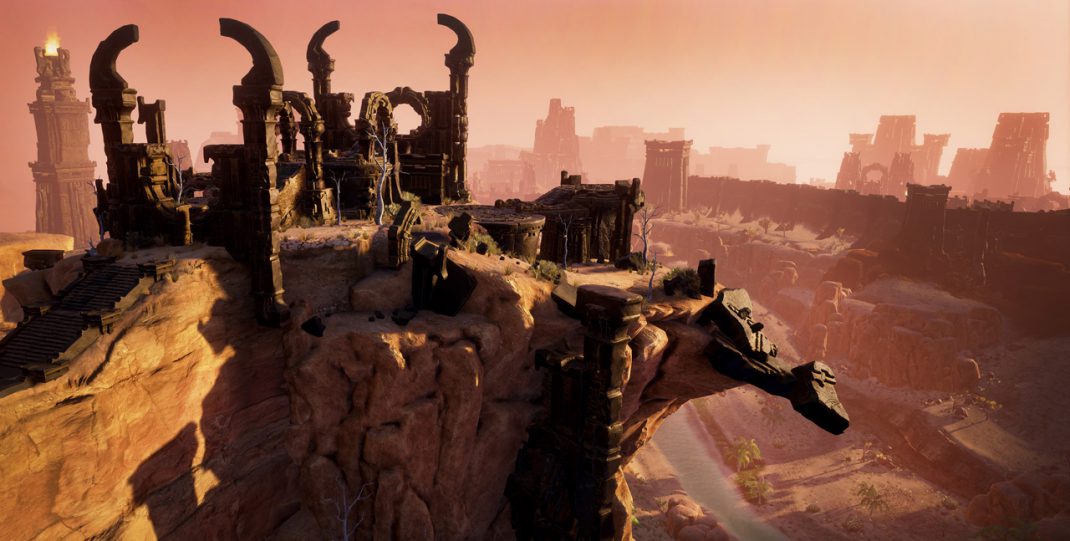 Oslo, Norway – December 1st, 2016 – Conan is coming! Two months from now, on January 31st 2017, Funcom’s open-world survival game ‘Conan Exiles’ will launch into Early Access on PC followed by Game Preview access on Xbox One in Spring 2017. Last week Funcom released a brand new game trailer showing the strides made by the development team in the past few months (watch it here). This Friday, December 2nd, Funcom takes it one step further by unveiling live gameplay for the first time ever in the inaugural Official Community Stream on Twitch.

“We are all greatly encouraged by the fantastic reception we saw for last week’s trailer and we cannot wait to finally show the game live,” says Funcom CEO Rui Casais. “With Early Access only two months away this feels like a natural time to start showing the game to the community following its development, and hopefully we can also get some valuable feedback we can address before Early Access starts.”

‘Conan Exiles’ is an open-world survival game set in the brutal lands of Conan the Barbarian, the world’s greatest fantasy hero. The game can be played on private and public servers, either in multiplayer or local single-player. In the world of ‘Conan Exiles’, survival is more than tracking down food and water. Journey through a vast, seamless world filled with the ruins of ancient civilizations and uncover its dark history and buried secrets as you seek to conquer and dominate the exiled lands yourself. Start with nothing but your bare hands and forge the legacy of your clan, from simple tools and weapons to gigantic fortresses and entire cities. Enslave the bandits of the exiled lands to do your bidding by breaking them on the grueling Wheel of Pain. Sacrifice the beating hearts of your enemies on the blood-soiled altars of your deity to seize true power and glory. Summon the colossal avatar of your god and see them lay waste to your enemies and their homes.