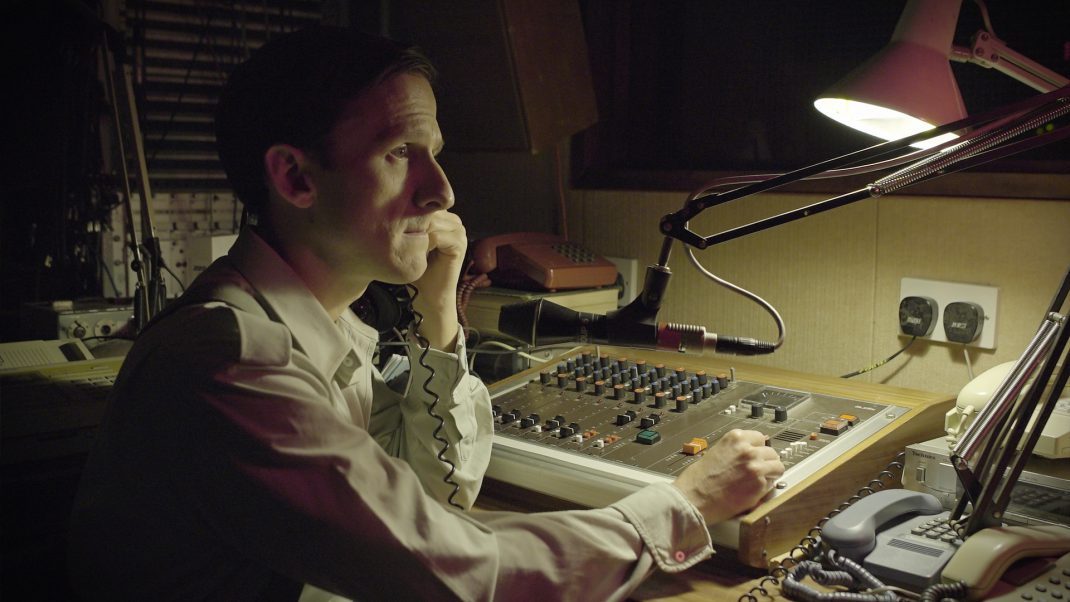 It is 5:00 AM and  I am showered with my clothes laid out for the day and I’m in my pitch black media room.  Well almost pitch black, before me my gaming rig is fired up with The Bunker about to start.  Why so early in the morning? The same reason I started it in the dark of night and that is because we here at http://GamingShogun.com are dedicated to getting you a review of the proper experience of a choice based horror game in the vein of Until Dawn or, to us, really old school games like Dragon’s Lair and Night Trap.  So with my headset on, blinds drawn, and no lights save for the screen it was time for The Bunker.

The Bunker starts with your birth in a British nuclear bunker right as the bombs hits.  You are born nice and healthy, but you’ve got 30 years of bunker time to look forward to with yourself being the last survivor.  This isn’t a spoiler, it is the first couple of minutes and you then spend a few minutes after that with a very point and click “on rails” narrative.  That is kind of how it continues for quite a while, you have to be careful in cutscenes because sometimes it will want you to take action to show you are still paying attention and every once in a while you also get a strange jump scare.  There doesn’t feel like a real sense of urgency though at the beginning, and that is kind of why the suspense winds up catching up to you without you noticing.  Little flashbacks hint to possible problems other than radiation in the bunker’s history and maybe not everyone died of old age.

Most of the point and clicks aren’t too bad even though they wind up breaking up what begins to feel like a well done movie, but others are click as fast as you can which can be difficult getting fast enough with a mouse.  A couple times I held the mouse in the place it needed to be on the screen while I took my other hand and clicked the button like crazy.  It was a bit awkward and took me out of an otherwise suspense filled moment.  During one cut-scene, I made the mistake of taking a drink from my beverage and died for my trouble, having to go back a couple of those click happy moments.  I wish I could say the point and click and fast clicking went away but it follows you right up to whatever ending you wind up living, it stays mostly on the rails the whole way despite clicking with only a couple choices made.

The one thought that got stuck in my head early on though was how they managed to have only one baby in the bunker, why didn’t they have more? How had it come to be that the first born baby was also the last survivor?  It’s not a pick up line to say “we need to make babies to save Britain” if it is obviously true.  There is a sort of reason given in the plot but I still think the old phrase “children are our future” especially applies when you think you might be the last folks on Earth. 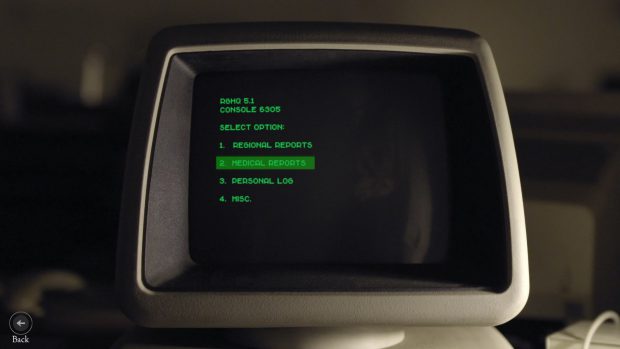 I wish I could say that the point and click gameplay just engaged you in the action rather than distracted from it and that you felt you were actually making choices rather than riding the rails of a preset narrative but that’s not the case.  This is a wonderfully acted suspense thriller movie that lasts a few hours because it does the equivalent of hitting pause regularly.  I think if they had made it into an independent movie and put it on the festival circuit it would have been an acclaimed hit from the score and cinematography to acting and directing.  Both endings are solid too.  It even had Adam Brown (Ori in The Hobbit) and Sarah Greene (Hecate Poole in Penny Dreadful) starring in it.  In the end though it did remind me of the old school games like Dragon’s Lair where you didn’t have a choice of what you did just a time in which to do it.  I’m actually double rating this review as a game and what I would have rated it as just a movie.

Learn About Our Rating System