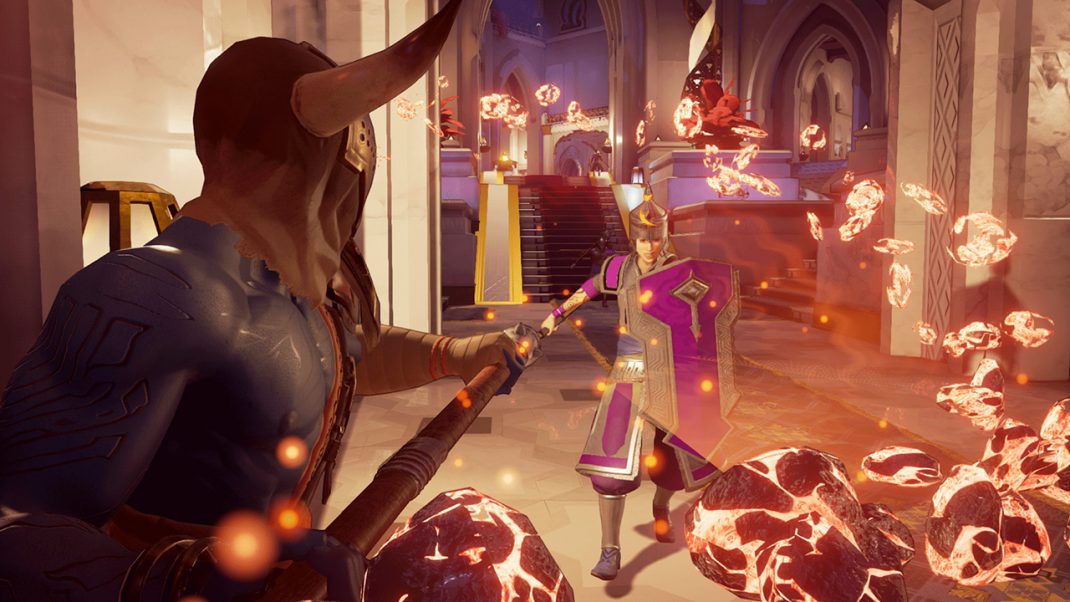 June 6, 2016 – Torn Banner Studios, creators of the popular Chivalry: Medieval Warfare, have released a new trailer for their upcoming game Mirage: Arcane Warfare that gives a behind-the-scenes look at how the team is utilizing technology to infuse this “first-person slasher” with their trademark brutality. Featuring interviews with the Torn Banner development team, the Behind the Banner: Blood and Gore trailer reveals the bloody surprise at the core of Mirage: Arcane Warfare’s visceral appeal.

You can check out the new Behind the Banner: Blood and Gore trailer for Mirage: Arcane Warfare here:

For more upcoming reveals about Mirage: Arcane Warfare, be sure to tune into the PC Gaming Show at this year’s E3 starting at 11:30 AM PDT on Monday, June 13th 2016. Steve Piggott, President of Torn Banner Studios, will appear on stage with an exclusive talk about the game, going more in depth into its deep magic and melee combat mechanics.

Mirage: Arcane Warfare is currently slated for a 2016 release on PC through Steam.