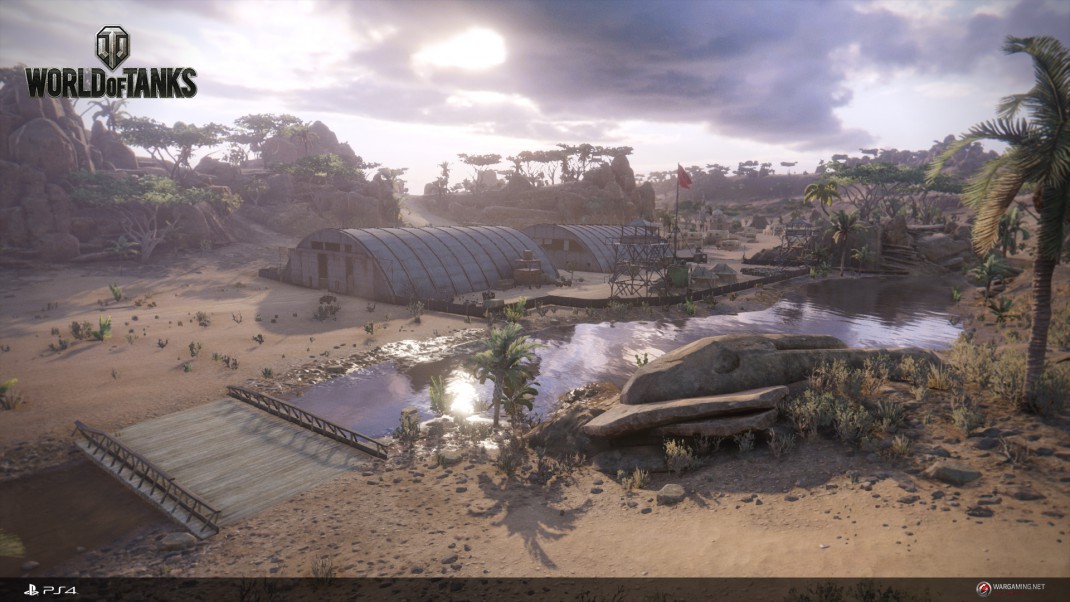 I became a big fan of World of Tanks back in its original PC beta days.  Most players who play it these days wouldn’t recognize the game from back then since it has had a constant evolution rather than relying solely on player loyalty.  One of the biggest game developments was its going from PC to console platforms – a move which not everyone has wanted to make (this is okay, as the PC version of the game still gets plenty of updates and has a huge player base).  So let’s take a look at some of the most recent additions to World of Tanks gameplay on the newly-released PlayStation 4 version of the game. 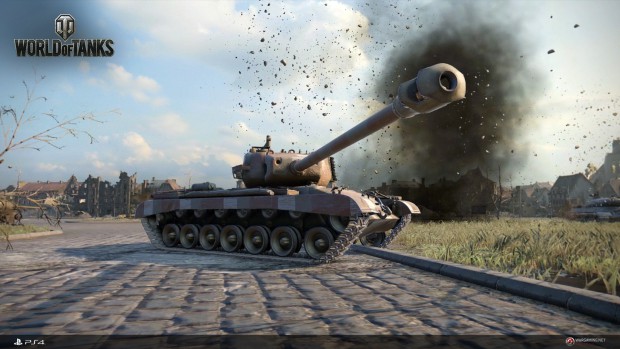 The basic game controls on the PC platform haven’t changed since they were first implemented, same for the console versions. This means that players who are used to one particular platform like the PC will always be able to jump into a PC game and play. First it was individual sections of the tanks which by the time it hit consoles had become modules so that instead of just upgrading the barrel of the tank you might upgrade the barrel and the tracks.  Crews were added along the way which initially just added to the performance of the tank, then added to specific sections of the tank such as “repairs” then specific skill sets in that section.  These latest evolutions in crew usage takes them from being a useful but mostly forgotten aspect of the game where now the crew choices can really effect your gameplay.

Tanks are added too, starting with the most common that were on the battlefields then less common tanks followed by famous tanks such as Fury.  My personal favorite might be obvious but if I could afford to own the Ripper on every account I would be one happy, happy tanker.  Each system also starts with just a couple of the country’s tank trees and adds to them little by little.  Usually the first you will see is the Americans and Germans since their tank clashes have definitely gone down in infamy.

Each tanks class (light, medium, heavy, tank destroyer and artillery) have had their gameplay tweaked slightly over the years to maintain fairness and though their are very popular premium tanks that can give you a bit of an edge, a well practiced tanker can still easily come out on top of a player trying to just buy a win.  With the exception of the Ripper most of my favorite tanks are earned anyways rather than purchased.  There are vanity additions you can make to your favorite tanks too, temporary ones cost in-game currency while permanent ones cost RL money.  I tend to spend my RL money on garage slots because I like all my tanks lined up and ready to play with their daily exp bonuses waiting to be earned.  That being said I have been known to buy the jack o’lantern emblem for my tanks, anyone who knows me will not be the least bit surprised. 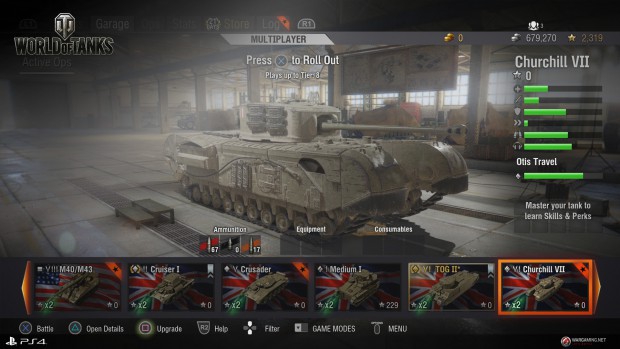 There really isn’t a whole lot of difference between gameplay on the Xbox One and PS4 versions, so if you only have one of the two consoles don’t worry about it, you are still in great shape.  The difference between the PC and the console versions is pretty massive, but both are designed to be intuitive for gameplay of their respective systems.  If you have played games such as Battlefield 4 on the consoles the controls are pretty much the same, if you have played any game with tanks or mechs on the PC then you will naturally slip into World of Tanks.  The real key is in PC play you get used to targeting a certain way especially when sniping seems far less accurate in the console version.  The key is to use features designed into the console version to try to make targeting smoother.  Get pointed toward your enemy, do a system lock-on then zoom.  You’ll lose the system lock but you will be now approximately where you want to be zoomed into on the enemy.  Now it is a matter of fine tuning your aim and firing.  I found that once you get used to using this style of play it is actually faster than the PC version.  If you are going from console to PC not having this trick work for you will throw you off at first but once you get used to the zoom and tighter targeting system you will fall in love with this system’s version too.  Targeting has been THE major complaint of PC players trying to play the console versions and since they hate to listen to someone else’s advice they have allowed me to easily pwn them in the game which I can’t complain about too much…

The second most common complaint is that there aren’t as many tanks on the console versionm which is true – but, they will be added over time just like they were with the PC, with longer tech trees and more nations added. Eventually, I will be pawing again at the screen for my Ripper tank to be in my vehicle garage.

The crux of this review is that the game has been ever evolving in a positive way on all its platforms so, while the PS4 version is latest version, all other versions are being updated at about the same time so they will all be on an even playing field.  Because of the fact that the Wargaming dev team knew exactly what the system specs will be the next-generation consoles, World of Tanks got a beautiful upgrade in graphics which is very noticeable in the sway of tall grass, butterflies fluttering between flowers, and the explosive and fiery wreckage of tanks.  As a result, the PS4/Xbox One versions of the game have slightly surpassed the other versions with me, and it only takes a couple of moments of watching your environment while sniping or in ambush to truly appreciate the details put into the game. 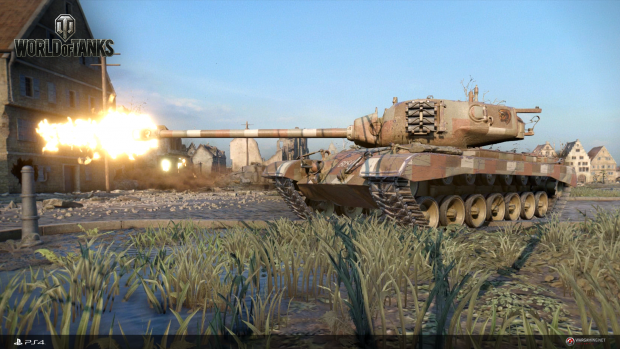 World of Tanks is an extremely fun and entertaining game, no matter which platform you play it on. Each system has its strength and play characteristics which makes it fun to have on all of them instead of just one.  With the arrival of World of Tanks for the PS4 came some additional play aspects that feel like a natural evolution and truly enhance the gameplay even more.  As time passes, more tanks will no doubt be added from more countries and hopefully the “Ripper” tank will make its appearance and I will have yet another system to pine over it on…