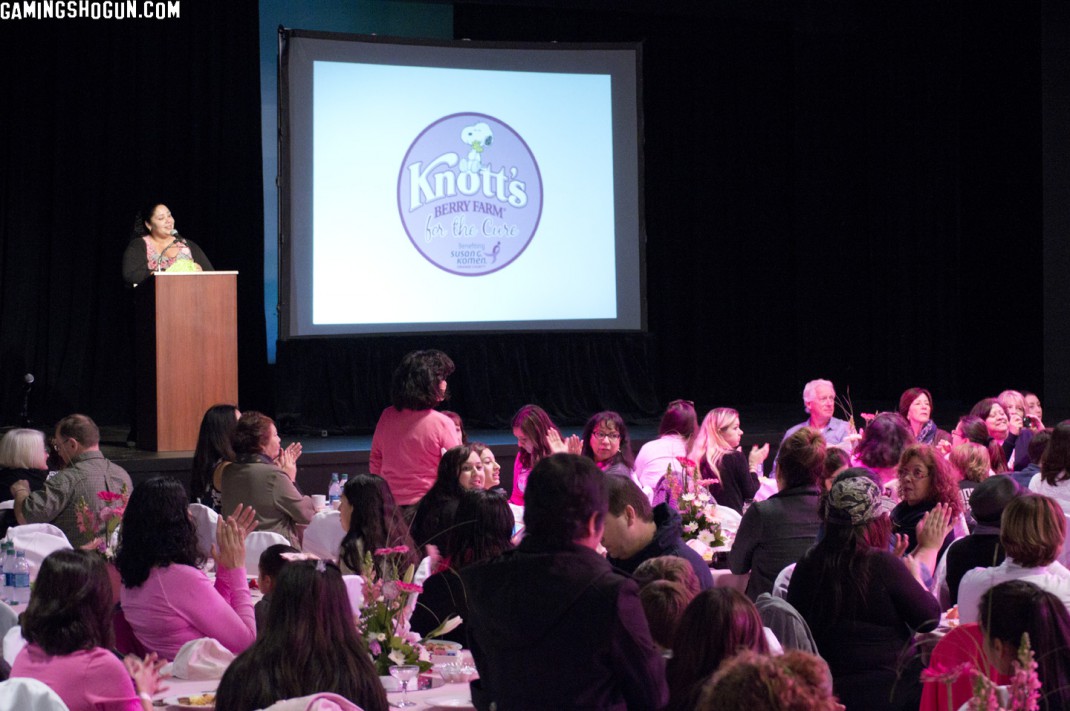 The 2016 campaign will focus on the promise that Komen founder Nancy G. Brinker made to her dying sister, Susan G. Komen: that she would do everything in her power to end breast cancer forever. In 1982, Brinker’s promise fueled the launch of Susan G. Komen®, a global movement that has grown into the world’s largest nonprofit source of funding for the fight against breast cancer. In an effort to spread awareness, Knott’s Berry Farm and Komen Orange County invite guests to share their “for the cure” promises during the charitable promotion. Guests can learn more about ways to share their promise at knotts.com/promise or by using #KnottsPink on social media platforms.

“Knott’s authenticity and commitment to helping us get one step closer to a world without breast cancer is exactly what we look for in our community partners,” said Stacy Davis, interim executive director of Komen Orange County. “As we celebrate our 25th year as an Affiliate, we couldn’t have asked for a better way to spotlight our work, born from one sister’s promise, to now a worldwide initiative aimed at saving more lives.”

The promotion will provide guests with the opportunity to enjoy Knott’s world-class entertainment, attractions and specially themed “pink” décor, while supporting a great cause. Special rides and landmarks inside of the theme park will glow pink in honor of the promotion, and limited edition, custom designed “pink” t-shirts will be available for purchase.

The partnership, which originally began in 2013, will once again align two prominent organizations in raising awareness and vital funds for local breast health and breast cancer services for women and men. In 2014 and 2015, the theme park also provided complimentary life-saving breast exams and mammograms to underserved and underinsured women via the Knott’s sponsored Alinea mobile mammography van.

Starting January 4, guests can purchase “Pink Tickets” for theme park admission at www.knotts.com. A portion of the proceeds from ticket and t-shirt sales will benefit Komen Orange County. Follow and join the conversation by using #KnottsPink.