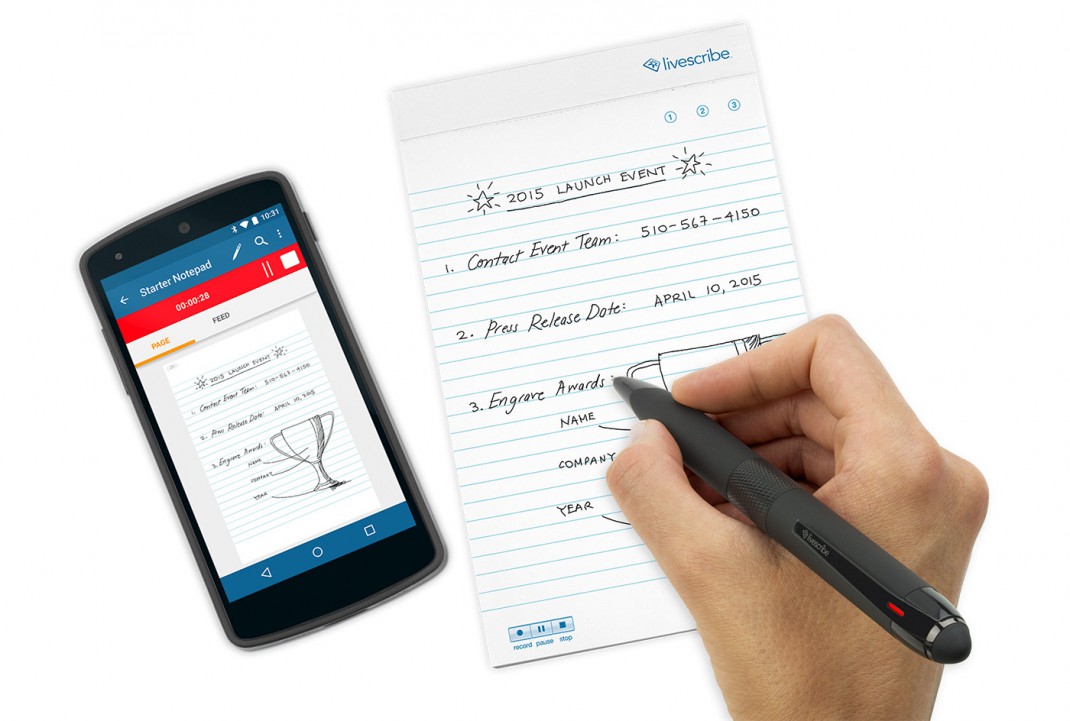 OAKLAND, Calif. – January 6, 2016 – Livescribe Inc., a wholly-owned subsidiary of Anoto and the leading manufacturer of smartpens, today announced the Livescribe 3 smartpen Black Edition, a new addition to the company’s popular Livescribe 3 line. The Black Edition makes its debut at CES 2016 in Las Vegas, and is now available for purchase both online and in retail for $149.95.

The Livescribe 3 smartpen Black Edition introduces an updated design that features a matte black finish complemented by a glass-reinforced glossy black clip that is a significant departure from the original Livescribe 3 smartpen. The use of new materials also translates to subtle differences in the writing experience.

“With the Black Edition, as well as the Moleskine Edition launched last year, we are expanding our smartpen line with more stylish and attractive designs,” said Stein Revelsby, CEO of Anoto. “The changes we have made to the Black Edition smartpen will likely appeal to a different set of customers than our original design did. By talking to customers, we have continued to learn more about how personal a pen and writing experience is. We made some changes to the feel and balance of the smartpen that address thoughts from a segment of customers.”

Alongside the launch of the Livescribe 3 smartpen Black Edition, the Livescribe+ mobile app is also being updated with support for vector graphics. With these updates, PDF’s that are exported from the app will include all pen strokes as vector graphics. This translates into better rendering quality, smaller file size and the ability use the pen strokes within any application that supports vector graphics, including Adobe Illustrator and InDesign. The changes will be introduced in both the Android and iOS versions of Livescribe+ in the coming weeks.

The Livescribe 3 smartpen connects to iOS and Android devices to bring notes, diagrams, doodles, and more to the digital world in real time. Real ink on real paper is immediately digitized and transcribed in the Livescribe+ app where they can be stored, shared, tagged, and searched, making notes more useful than ever before. The app can also record audio and sync it to notes taken at that time in the form of a pencast.

The Livescribe 3 smartpen Black Edition can be purchased today for $149.95 at www.livescribe.com/store, Amazon, with other retail locations being added soon.