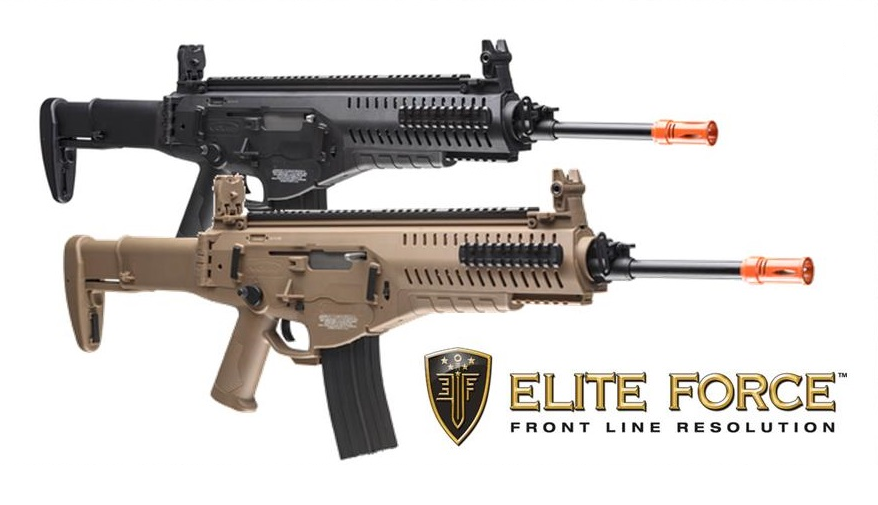 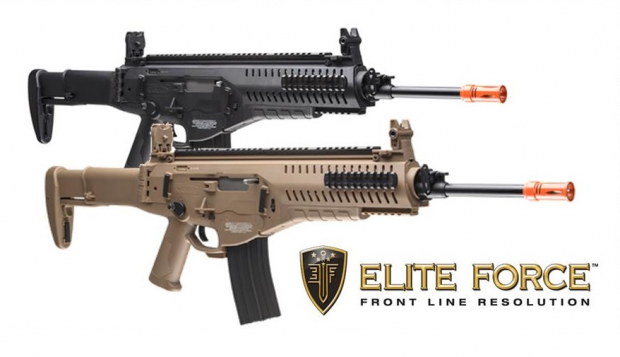 The release of the Beretta ARX 160 AEG by Umarex and Elite Force was very polarizing, with airsofters either loving or hating its unique, exotic design. To Umarex’s credit, they have replicated the actual ARX 160 with extreme accuracy and even crafted some of the real steel features (that would not normally be on an airsoft gun) into airsoft form. We got to spend some time with the ARX 160 “Elite” carbine AEG version of the airsoft rifle and have completely fallen in love with this unique design from the land of art, history, and Ferraris (not to mention some seriously good eats)!

The real steel Beretta ARX 160 was initially part of Italy’s future soldier program to upgrade the service rifle their troops wield. The ARX 160 was built, from the ground up, for user comfort, modularity, and maneuverability – all excellent qualities to have when you are fighting in Italy’s Apennine Mountains. In 2008, Beretta released a consumer version of the ARX 160, so now the gun-buying public at large has the opportunity to own one.

The airsoft rifle comes in both black and dark earth variants and features a strong nylon fiber body measuring 690mm long when the stock is folded away and between 840mm and 910mm when the adjustable stock is deployed. The ARX 160 weighs about 6 lbs. In terms of design, the airsoft rifle accurately replicates the real steel version. It even features the attachment point for the GLX160 grenade launcher – a launch specifically created for the firearm. Weird thing is that there is no GLX160 launcher in airsoft form, yet! I am hopeful that Umarex will build one at some point soon. The airsoft rifle’s stock is adjustable and foldable, and even has a nifty system whereby power from the battery (which is stored inside the folding stock) is transferred to the AEG through the stock hinges. To my knowledge, this has only been seen in one other airsoft gun design (Ed. Note: And, in that case, not very well). 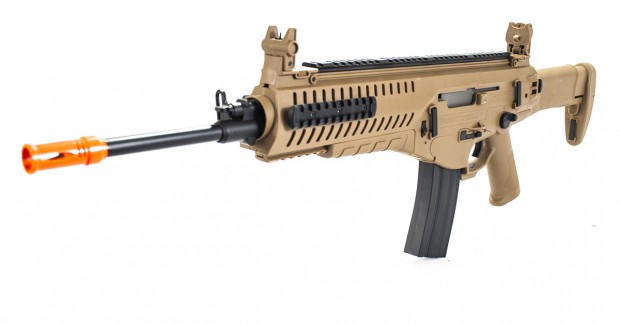 It chronographs at about 395FPS using .20g BBs and has a crisp electronic blow back feature that is one of the best I have seen. Usually, electronic blow back doesn’t work all that great – but, in this airsoft rifle, it is a lot of fun and adds to the shooting experience. Also, the trigger response is nice and snappy, which is always a plus when I am looking at an airsoft rifle. Finally, the airsoft rifle features multiple sling points accommodating just about any kind of sling setup you like – just beware the sling mounts are not QD, so you will need a wire loop adapter if that’s what you currently use. Coupled with its foldable stock and the ARX 160 Elite is very portable.

Two of the best features of this airsoft rifle have to be its extremely simple to use quick change barrel and spring systems. Just like the real rifle, you pull down on two toggles and the barrel assembly just slides right out of the muzzle end. Changing the spring is also simple, by folding the stock and removing a small plate. It’s features like this that an airsoft player will thank the manufacturer for time and time again. Right now, there exists only two ARX 160 barrel lengths – the 16 inch that comes standard with the ARX 160 Elite and a shorter, CQB length barrel which comes standard on the ARX 160 Sport version. I hope that they eventually put out a 20 inch barrel length (the real 20 inch barrel is being tested by Beretta) as I would love to make this a DMR platform.

The one issue I have with the Beretta ARX 160 Elite by Umarex is its iron sight system. The rear sight is next to useless for airsoft purposes. It features a rotating aperture and very small peep holes to aim with. While this is very realistic in terms of the rear sight on the actual firearm, it is something I wish they would have deviated from reality for with the airsoft version. 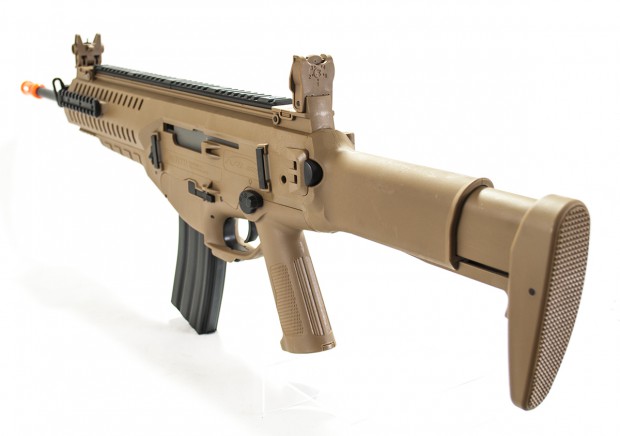 That being the case, the ARX 160 Elite has a long, monolithic top rail on which you can mount just about any optic you prefer. Also cool is that, because the stock is at a lower elevation than the top rail, you will have an easier time aiming with them when wearing face masks and trying to get a good cheek weld.

On the field, the ARX 160 is a dream to shoot. Its snappy trigger response and maneuverability are great for urban games while its velocity allows the use of heavier BBs in longer range engagements. I ran .28g BBs in this ARX 160 and was able to hit just about anything I wanted on the fields of SC Village in Southern California. I am scheduled to attend the next BB Wars event by AirsoftGI in Perris, CA and my rifle of choice is going to be the ARX 160 Elite, I liked it that much. Umarex and Elite Force have even replicated the unique magazine/bolt release of the ARX 160, which is located beneath the trigger guard.