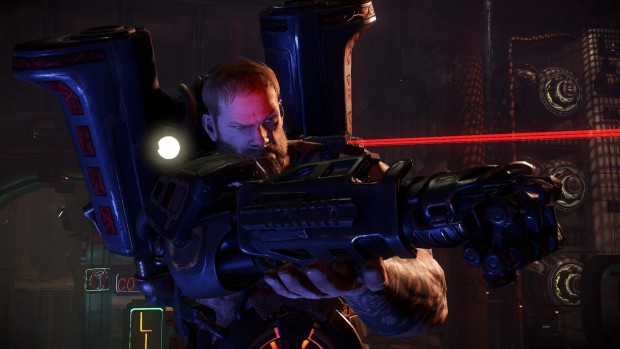 New York, NY – August 31, 2015 – 2K and Turtle Rock Studios announced today a free weekend* of Evolve™, the 4v1 shooter in which four Hunters cooperatively fight to take down a single-player controlled Monster, on Xbox One and Windows PC. This coming weekend†, new players are invited to experience the wealth of content in Evolve, ranging from four playable Monsters and 18 playable Hunters across four unique classes, to five game modes and 19 maps at no cost. Following the free weekend, players can purchase the full game to retain their progress‡.

In addition to the free weekend of Evolve, Meteor Goliath, a free adaptation of the iconic Goliath Monster, will also be available permanently for all Evolve players on September 3, 2015. AsEvolve’s first adaptation, Meteor Goliath features an alternate character variant that combines new looks, effects, audio and gameplay into a stunning, blue-fire wrapped package. Whereas the original Goliath excels at focusing on one Hunter at a time, Meteor Goliath spreads his attacks using increased range and residual fire damage, while showcasing the following rebalanced abilities:

Those who currently own Evolve are also encouraged to participate in the free weekend to experience Meteor Goliath and the recently released Hunt 2.0. Released on August 11, 2015, Hunt 2.0 is an update providing significant improvements to the popular Hunt mode experience with improved matchmaking, revamped leaderboards, and more. In Hunt 2.0, players can choose to play exclusively as a Monster or Hunter, while never having to join a match already in progress.