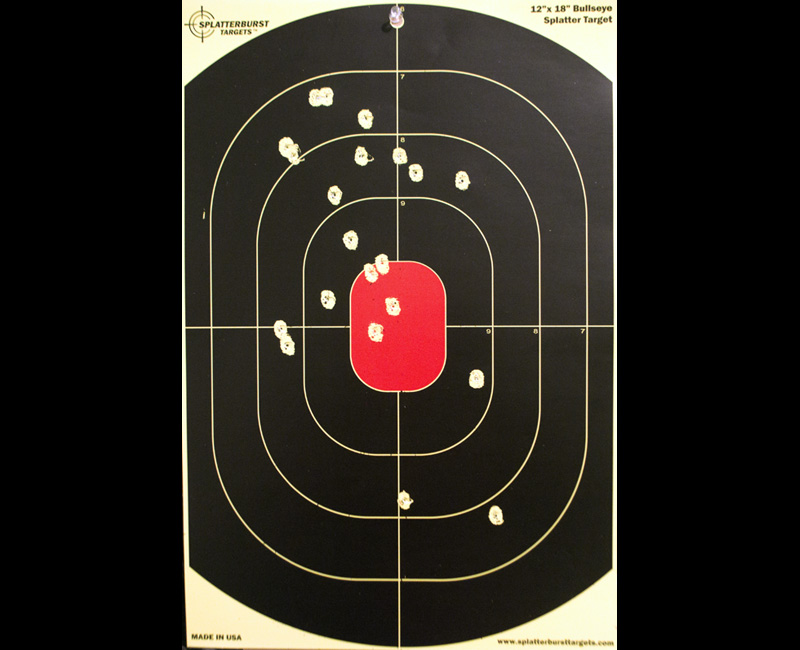 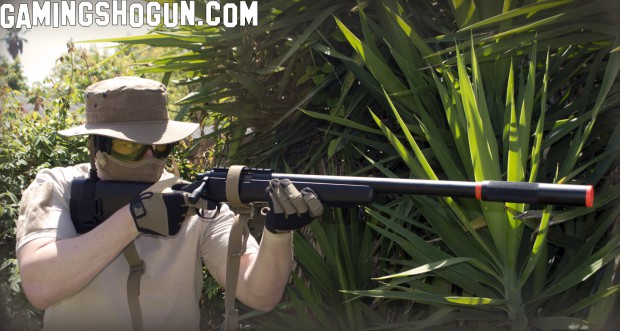 For this review, we are looking at the stock JG BAR-10 G-Spec airsoft sniper rifle. The “G-Spec” version is shorter than its BAR-10 brother, with an inner barrel length of about 300mm. For an airsoft sniper rifle, this is really short! In fact, this is shorter than most M4 style inner barrels. I was unsure what effect this would have on the rifle as far as its accuracy was concerned, so I was very eager to begin testing it out. We would like to thank AirSplat for letting us take a look at one of their JG BAR-10 G-Spec rifles that they had in stock.

Internally, the JG BAR-10 G-Spec is of decent quality for an out of the box sniper. It performs decently enough for local fields in our area – again, with the 450 FPS or less rule. The bolt pull is very smooth and they have used a generous amount of grease inside the cylinder. It should also be noted that this is the JG BAR-10 G-Spec model with the metal trigger box. Some of these rifles being sold elsewhere don’t use the metal trigger box and that means they will not last you nearly as long. 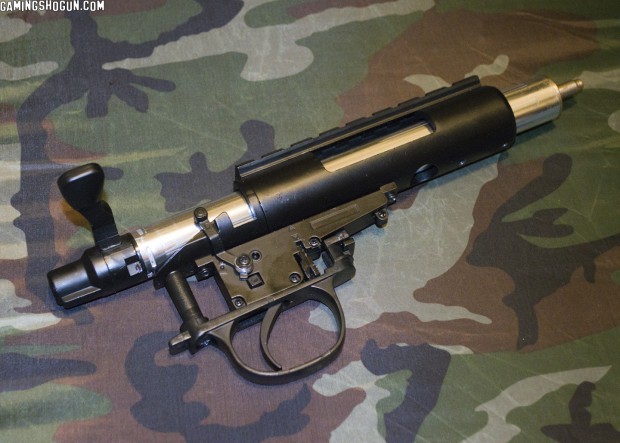 In the box, I found a mock suppressor which screws into the outer barrel of the rifle, adding about 7 inches to the overall length of the rifle and giving it an increasingly-professional, “operator” look. It should be noted that this is not a barrel extension – simply the suppressor. A longer inner barrel could be added to the rifle using this suppressor however, if some minor modifications are made to the outer barrel of the rifle – but more on that in our next article on upgrading this beast. For now, we are focusing on this rifle in its stock form. Also included by JG is a small screwdriver and two hex screwdrivers which consist of all the tools you need to teardown the rifle. I love that JG included these right in the box as it is often a pain to search for just the correct driver head for a given hex screw. Finally, this airsoft rifle ships with one 26 round magazine and a small package of BBs.

As this is the review for the stock JG BAR-10 G-Spec, my only preparation for using it was to run a barrel swab down its inner barrel to make sure it was free of debris. I highly recommend that you do this with all of your new airsoft guns – you never know what dust or particulates might be hiding there from how it was packaged up. I loaded up the rifle’s magazine with .25g BBs and setup my target paper exactly 100 feet away. For this test, I used the Splatterburst™ target paper as it readily displays where hits penetrated the paper with bright yellow coloring. I sat the rifle on a duffel bag and aligned the direction of the barrel to the target’s center with a laser. 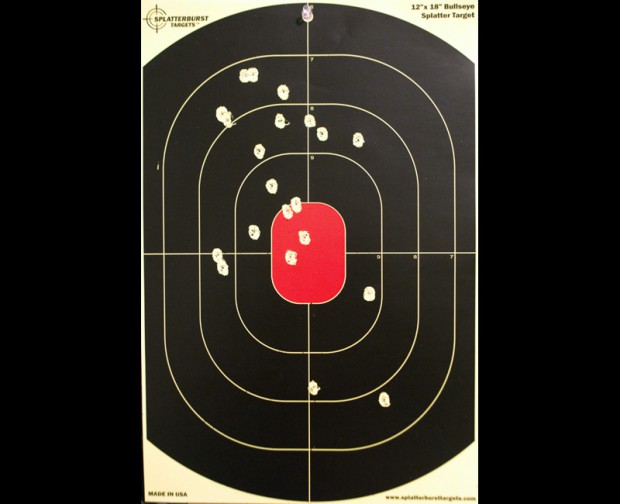 As you can see, the shot pattern is spread out a bit, however all BBs hit within the 12” x 18” inch target paper. Surprisingly, I chronographed the JG BAR-10 G-Spec with .25g BBs and got average readings of 399 to 403 FPS! This calculates to 1.85 Joules of energy and would mean a .20g BB should fire at a velocity of 448 FPS. This is perfect for most Southern California airsoft parks which put a .20gBB / 450 FPS limit on bolt action airsoft sniper rifles. Something to note is that, while I was shooting the airsoft rifle, I did not hear any rattling of the inner barrel. After further inspection of the rifle, I discovered that JG has pre-installed barrel spacers to keep the inner barrel secure.

I also got the chance to take this rifle out to SC Village in Norco, CA where I had a great time taking shots at opposing players. With the FPS being right on the money for the field’s sniper rifle velocity limit, I was able to exploit this added power to use .30g BBs during play for greater accuracy. While I am still inexperienced with actually using an airsoft sniper rifle during games, I fell into a rhythm soon enough and my spotter and I acted as a two-person team prosecuting targets from afar. In hindsight, I really need to add some combat webbing or vegetation to my boonie hat – it would probably disrupt my silhouette enough during a game for added advantage – but, I digress…

Overall, the JG BAR-10 G-Spec airsoft sniper rifle is a terrific, entry-level sniper platform. Not only is it the go-to platform to build more high-end snipers with but, it also performs good enough in its stock form to use in local pickup games – especially those with 450 FPS or less sniper rifle field limits. Once again, we’d like to thank AirSplat for allowing us access to the rifle for this review.

*Stay-tuned for our next JG BAR-10 G-Spec related article where we take apart the rifle and walk you through some upgrades! Then, we will put it on the range and test it again!