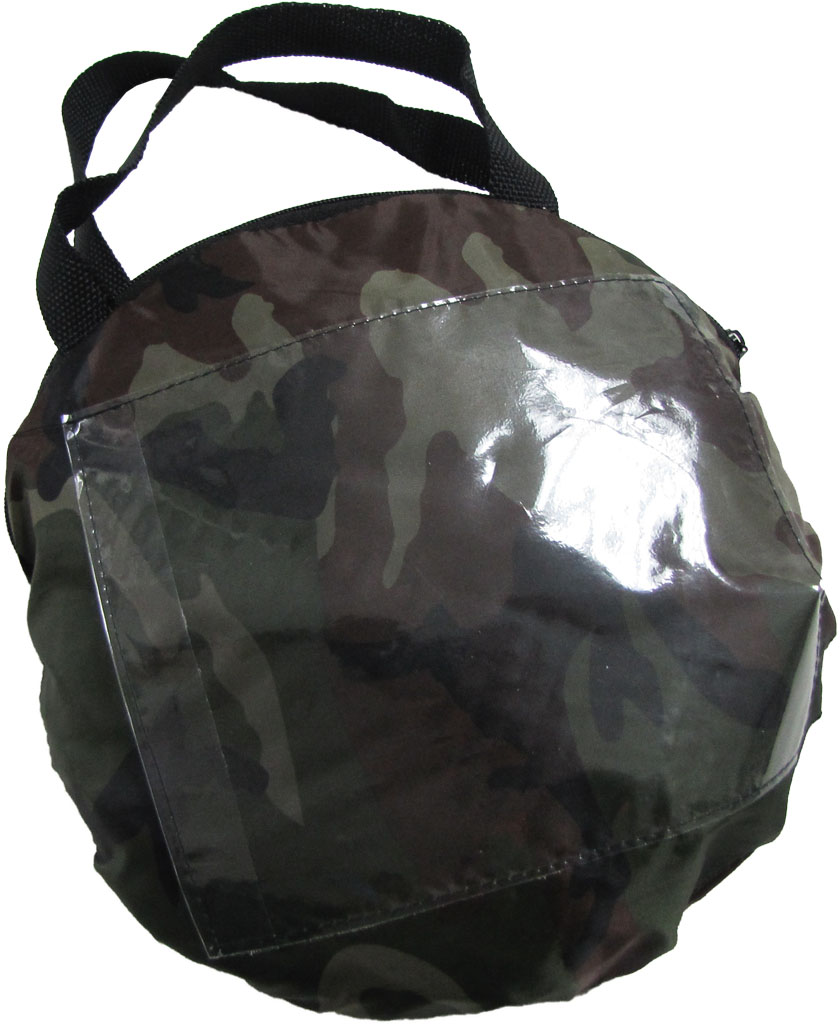 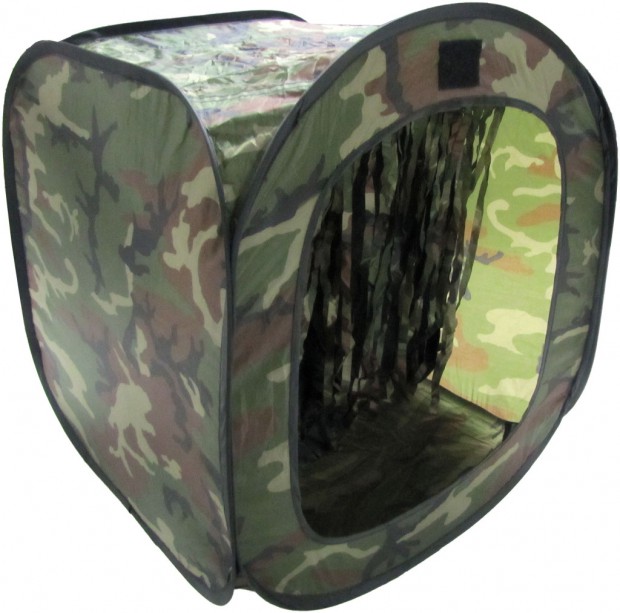 There are a lot of target traps on the market, but most leave you with airsoft BBs bouncing out and into your home – or, the BB just penetrates straight through and you still end up stepping on them in the middle of the night. Recently, we got the chance to review the new BB target trap from Prima USA, and the difference between this trap and most on the market is staggering. The Prima USA BB target trap is simply the best on the market right now. Arriving looking like some sort of weird fold-out sunshade for your car windshield, the BB target trap quickly assumes its box like shape once out of its included carrying case. The body of the BB target trap is mainly made from a synthetic material similar to a tent – the real magic is in its BB dampening and absorption system. The first layer of this system is made up of a 60’s door curtain like array of camouflage strands. These are very important as they help to reduce the possibility of slowed BBs bouncing back out of the trap. The second layer is made of two thin curtains with a slit down the center. These two curtain pieces help slow the BB down even more while still allowing it to pass to the next layer, closing off behind it. This further reduces the chance of a ricochet. The final layer is one large curtain and is thicker than the others. This is the final knockout blow to the oncoming BB, fully stopping its flight path. 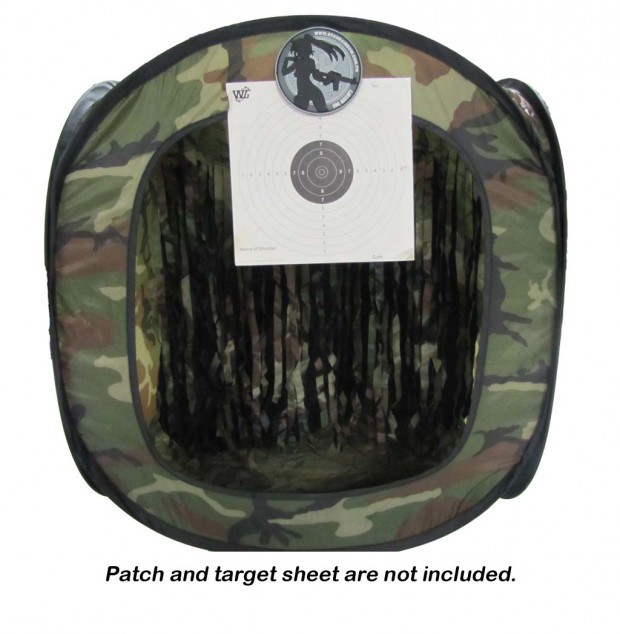 You can even put a patch or target paper on a piece of Velcro located at the top of the BB target trap’s mouth – however, a patch and target are not included out of the box.Testing this BB target trap, I didn’t really believe it could work the way it does but, sure enough, it is the real deal. I sat the BB target trap up at the opposite side of my apartment and pulled out my upgraded JG BAR-10 G-Spec airsoft sniper rifle. I inserted my high velocity cylinder set, which is clocked at 500FPS using .20g BBs, and loaded up a magazine with .30g BBs. I fired the whole 30 round magazine into the trap from a distance of about twenty feet. Not one BB bounced out of the target trap – nor did it penetrate through and out the back of the target trap. 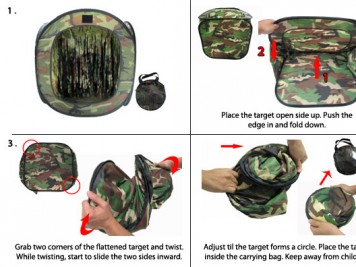 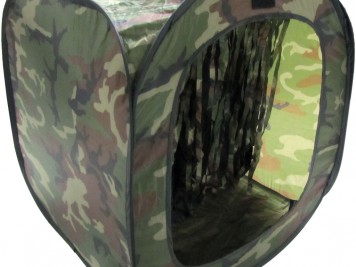 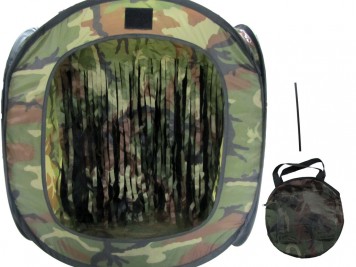 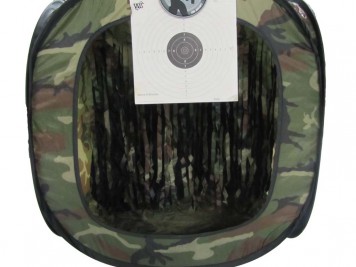 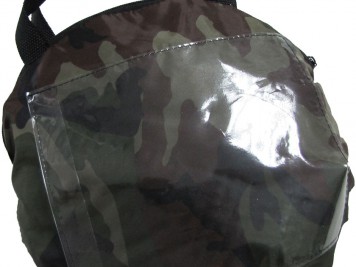