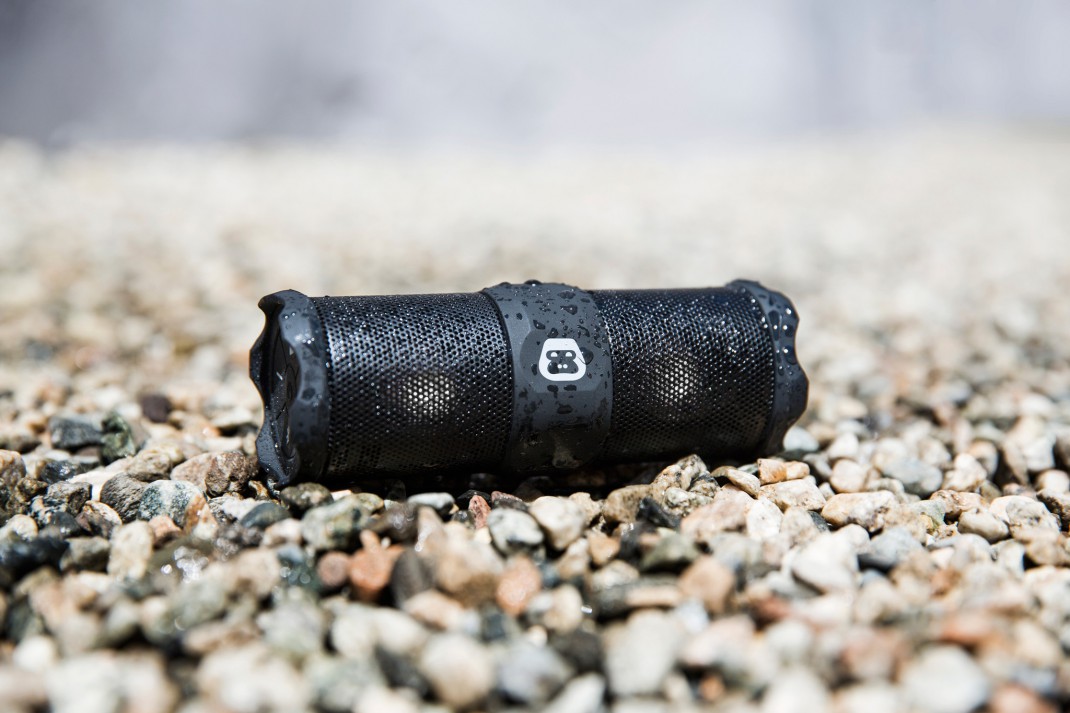 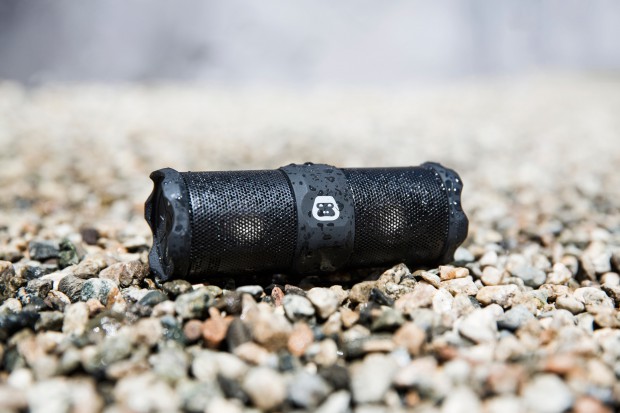 In terms of sheer sound quality, my iPad 2 has served me well over the years. However, it can’t cover half the distance across our room and barely across our bed – it just doesn’t have the volumne. This may not be so bad when playing video games or movies with tons of explosions but if anyone talks quietly playing anything on it their words are completely lost. As a result I am always looking at little portable speakers with good sound clarity in case I want to stream a music app but excellent sound levels and battery life in case I am watching a series poolside. Enter: the G-Project G-Tube Bluetooth capsule speaker.

Features:
BIG SOUND, SMALL PACKAGE – G-TUBE’s sound is delivered through stereo 1.25” speaker drivers, pumping out surprisingly powerful sound for its small size. Now if you’re shopping around for small speakers in this class, everyone is going to tell you that theirs has “great sound for its size”… and while you can’t hear G-TUBE virtually, we can tell you that the same engineers and designers that have unleashed the best reviewed line of outdoor speakers in history, put all their brain and ear power into making sure G-TUBE lives up to the G-Project reputation.

SPLASH PROOF, BUILT TOUGH – IPX5-rated water resistance (a fancy way of saying it’s designed to withstand water splashing from all angles) makes G-TUBE the perfect companion to take to the ocean, lake, pool or shower. Built with a rugged housing structure, wrapped in a full steel grill with protective elastomer on the ends and center to protect it from everyday use and abuse.

PORTABLE PERFORMANCE – G-TUBE has a built-in rechargeable battery for up to six hours of play time. It’s easy to charge – just plug it into any USB phone charger or computer. G-TUBE also has a convenient metal loop so you can use a carabiner or lanyard to hang it from a tree branch, bag or backpack.

HEADPHONES OUT – Plug your headphones into G-TUBE’s headphone jack to stream music wirelessly and keep your phone safe in your bag or backpack.

ALWAYS IN CONTROL – Playback and volume buttons let you quickly adjust the volume or skip back to listen to your favorite song again so you can leave fragile phones or tablets stored safely in your pocket or bag. 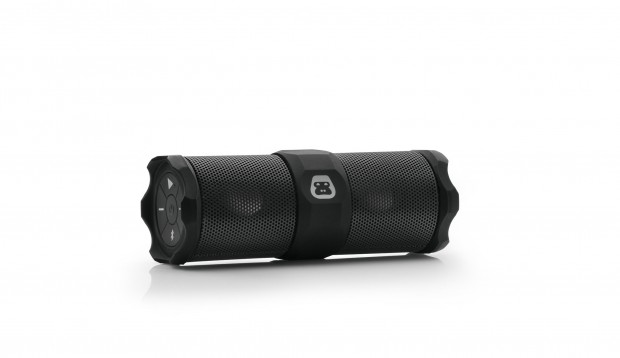 Hands On:
To start off testing the little speaker, I went with playing a video game on our television set while also streaming the television show Strike Back on the iPad 2. Whispers to duck were followed by great blasts through the speaker, all completely clear and audible. I found myself watching the iPad 2 and pausing the game even though I was streaming an episode I had already seen. The sound quality was so nice that it overpowered my multi-tasking desires. After a few hours I went back to gaming, forgetting to turn the speaker off.

Following a six hour gaming marathon, I went to listen to some music in the pool only to discover the speaker was still turned on. No problem, it turned out to have plenty of energy left with over 6 hours of playtime and another 6 hours turned on. Blutooth pairing was quick and easy with my smartphone. I put the speaker by the pool and listened to music occasionally, reaching over and adjusting the volume or skipping a track. The area for line in, line out, and charging all screw shut with a waterproof seal to add protection to the inside of the G-Tube and to better survive the waves made as people cannon balled into the pool. Splashes weren’t a worry and the sound carried crystal clear whether playing some heavier bass or songs where clear notes made the music. G-Tube is not designed for block rockin’ beats, mind you, it is a careful balance between size and sound and performs this balancing act exceptionally. 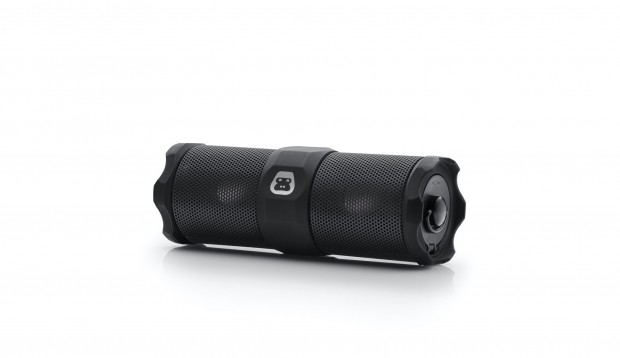 The last couple of tests were of its line-in and line-out functions, so I ran a line-in from the iPad 2 and then my computer – both giving great quality sound as if they were designed to go together and professionally hardwired instead of simple audio jacks. The final test was the one I was most excited for since it really opened up possibilities. I connected my smartphone to the speak via Bluetooth and then put on a pair of headphones. The phone went onto a table and then into a bag on a table. In both cases, the situation provided stable, great connections. The sound was just like I was plugged into the phone instead of the speaker and I walked around the house listening to it on headphone with no reception issues. The great thing about this speaker is that if you are going someplace where your phone can be damaged, you can seal it up in an all weather proof bag but still listen to music on it through the speaker hanging off a clip or a bit of a pocketful in your pants. If something damaging happens you would have to replace the G-Tube which is built for durability rather than you pocket computer/phone which costs a lot more and is far more vital.

Final Thoughts:
I see the G-Tube not only being great for around the house and listening in place of the underwhelming speakers on the iPad 2 but I also see this being used heavily in travel by me so that I can listen to my music while keeping my phone safely stowed. I could even see pairing it up with other speakers with line-in and line-out so that an even fuller sound experience could be had. Whether on the go or just improving your device’s sound, the G-Project G-tube is a great choice for your audio needs.