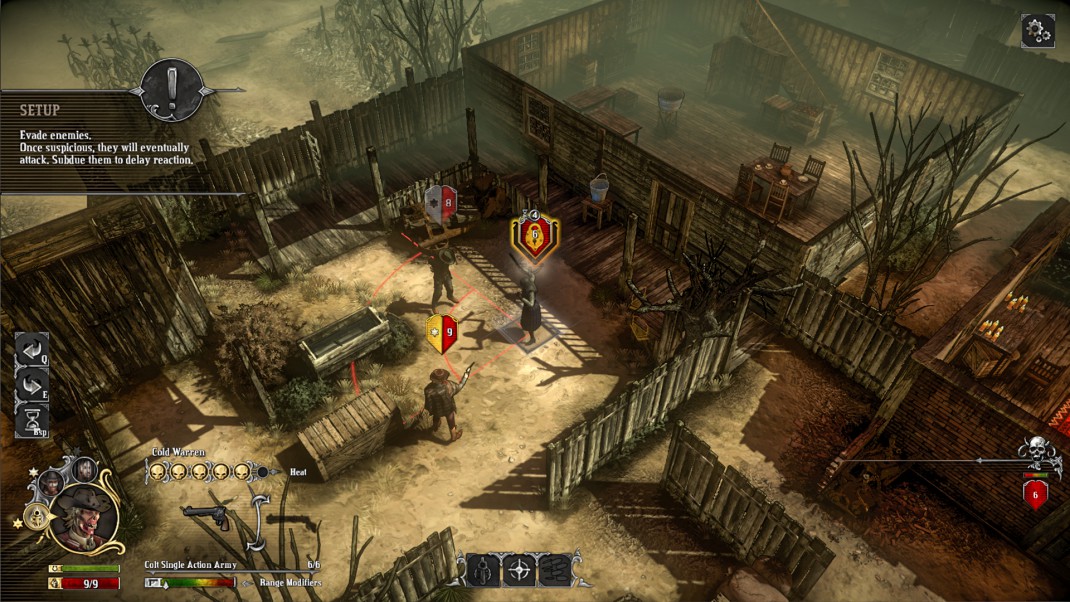 Hard West to be Shown at Gamescom 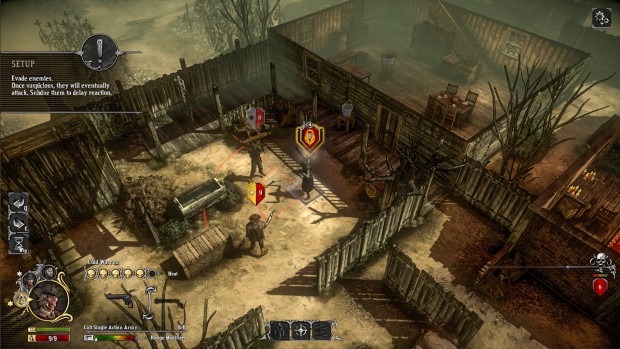 DEMON SALOON, WESTERN FRONTIER – Publisher Gambitious Digital Entertainment and developer CreativeForge Games have performed ritualistic blood sacrifice and joined spiritual forces on the successful Kickstarter project, Hard West – a classic Western tale of supernatural chaos and revenge coming to the PC platform in Autumn 2015 (http://store.steampowered.com/app/307670/). Hard West will make its press debut in the business area of gamescom, and will be shown at PAX Prime in the PAX Rising section of the show in booth #4043.

Originally successfully backed on Kickstarter to the tune of almost 5,000 backers, Hard West features a deep narrative of choice and fate, where the Luck of the Draw acts as your unique guardian in this brutal, beautiful, inspired classic world presented in a way no human has ever experienced.

Follow Warren on his descent into the darkest recesses of the human soul, and try to survive in a world full of hard choices and even harder consequences. Because in the frontier world of Hard West, death is a constant presence and the black pacts which you make with forces beyond human comprehension will forever haunt all those around you.

Hard West combines the imaginative minds of the dangerously creative Polish developers to tell a deeply riveting tale which was written in collaboration with Haris Orkin (Company of Heroes 2, Dying Light and Call of Juarez series), and features an original score composed by Marcin Przybylowicz (The Witcher 3: Wild Hunt).

Find your Huckleberry in business hall 2.2 stand D72 at gamescom and booth #4303 at PAX Prime.