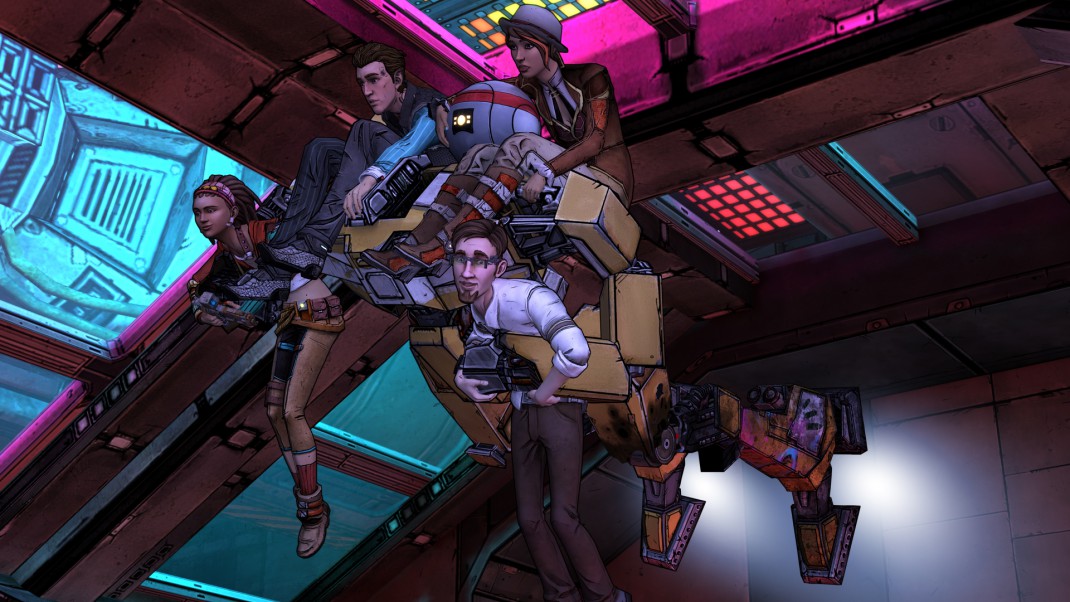 Tales from the Borderlands Episode 3 Trailer 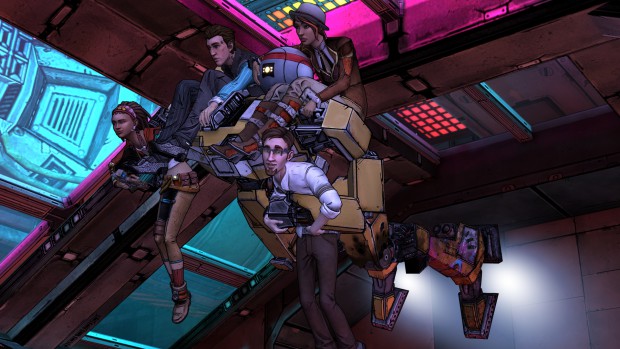 SAN RAFAEL, Calif., June 23rd, 2015 — Leading and award-winning developer and publisher of digital entertainment Telltale Games, in collaboration with award-winning developer Gearbox Software, creator of the beloved Borderlands franchise, and publisher 2K, today announced the release of ‘Catch a Ride,’ the third of five episodes for Tales from the Borderlands: A Telltale Games Series.

“Our collaboration with Gearbox and 2K kicks into high gear with this third episode in a story that dives even deeper into the Borderlands universe,” said Kevin Bruner, CEO and co-founder of Telltale Games. “The humor is some of the best in the season so far, and choices are more important than ever. We wouldn’t want to spoil too much, but fans can expect to see even more intense action, more faces they’ll recognize from Pandora, and one core character in particular that holds the key to the group’s big score.”

Set on the unforgiving world of Pandora after the events seen in Borderlands 2,Tales from the Borderlands is a five part episodic game series full of Borderlands’ trademark humor following two adventurers on their quest for greatness.

In Episode 3, after a dizzying escape from a very-near-almost-certain-death scenario (involving statuesque buttocks), Rhys and Fiona find themselves looking for another piece of the puzzle that will lead them to the untold riches of Vault key ownership. Lost in the mysterious jungle of an Atlas terraforming facility, Fiona finds help from an unexpected mentor, Rhys continues to share brain-space with the disembodied mind of a dead dictator, and love is in the air. Pursued by the ruthless criminal ‘Queenpin’ Vallory, and with very little help from Vaughn’s accountancy skills (or stellar abs), getting anywhere near the Vault will be entirely up to you.

GamesBeat awarded the season premiere of Tales from the Borderlands a96/100 score, calling it, “A hilarious knockout,” adding, “Zer0 Sum stands tall as the ultimate point-and-click science project: combine the beloved Borderlands lore and setting with the shining vision of an artistic studio, crank up the heat, and enjoy.” GameSpot awarded the episode a 9 out of 10 score, calling the episode,”…a beautiful new twist on the Borderlands experience with loveable leads and breathless action sequences.” Destructoid also awarded the game a 9 out of 10score, saying, “Telltale really knocked it out of the park with this one,”  later adding,”…this might be the funniest Borderlands game to date.”

In their review of Episode 2, Polygon praised writing that “crackles with the sort of life and energy that drives the best comedy,” while IGN said “it constantly oscillates between thrilling action scenes, hilarious back-and-forth banter, and some poignant character moments… I consider myself completely on board for Telltale’s wild ride.” Entertainment Weekly also declared it “one of Telltale’s most engrossing series yet.”

Tales from the Borderlands: A Telltale Games Series – Episode 3: ‘Catch a Ride’ is rated ‘M’ (Mature) for Violence, Blood and Gore, and Language by the ESRB. The series is published digitally by Telltale Games in partnership with Gearbox Software and 2K.