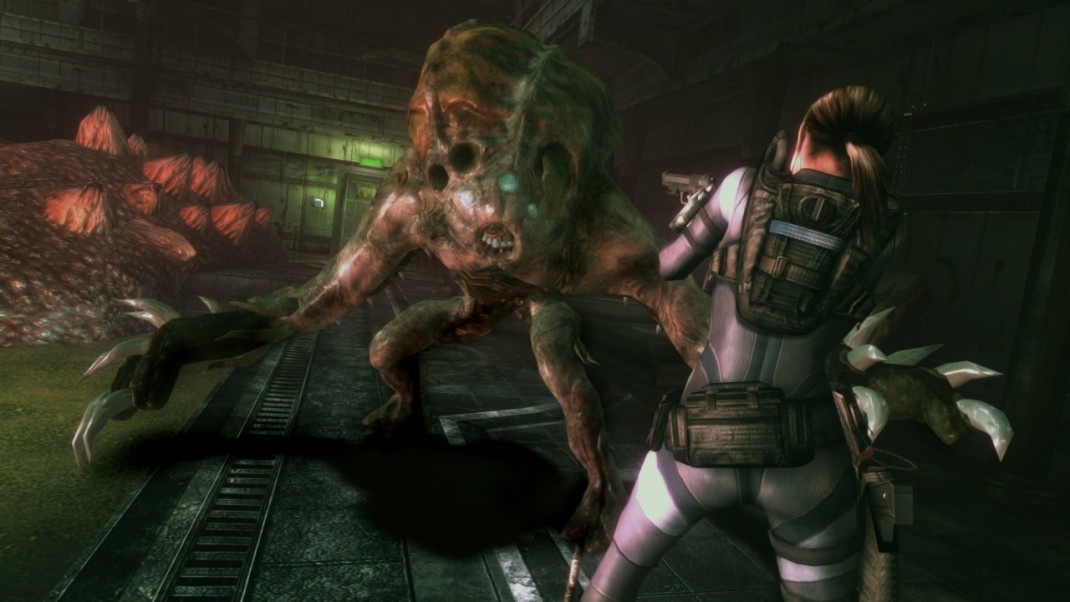 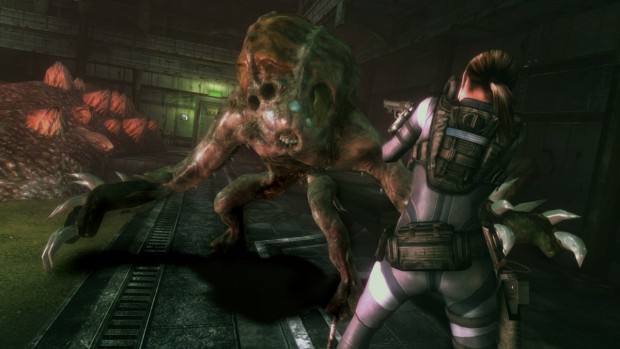 The story for Resident Evil: Revelations 2 bounces between two pairs of individuals: Claire Redfield with Moira Burton and Barry Burton with newcomer Natalia. The story begins with Claire and Moira, who both work for a new bio hazard containment company named Terra Save. The pair begin the game at a reception in the Terra Save offices that become under attack by masked assailants. These assailants capture Claire and Moira and take them to a strange facility, where the pair awaken in prison cells. The pair travel through the facility, discovering various experiments that are being run by a being named the Overseer. Eventually, the two reach the radio tower and transmit a plea for help to the outside world.

Here’s where the story gets interesting, and is truly my favorite part of the whole story line. Claire and Moira’s plea for help is heard and answered by Barry Burton, six months after it was originally transmitted. Barry arrives at the island to look for Claire and Moira, but finds Natalia instead. Natalia leads Barry to the radio tower that Claire and Moira transmitted their distress call, just to learn that he is extremely late in the rescue process and must deal with the Overseer himself.

I really loved this story line, especially as a Resident Evil game. I loved how the game shifted between the two story lines, and this shift help create a mystery that needed to be solved. You answers to the questions that the game asks are revealed through playing the other side of the game. Moira and Claire may run into a mystery on their story, just to have that mystery solved six months later in the Barry and Natalia story line. Like Telltale Games, Capcom did a great job in making the story compelling enough to look forward to the next episode. Good thing for me I received all the episodes at once so I didn’t have to wait to start the next one. 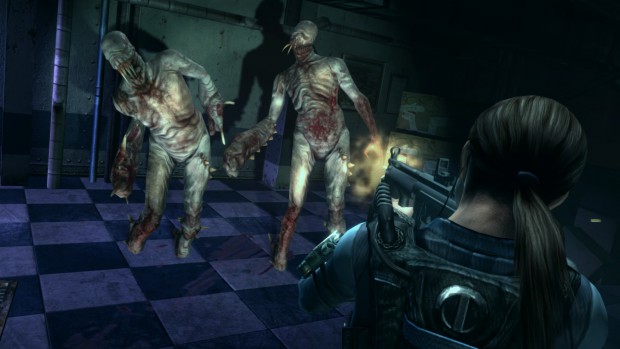 Game play for Resident Evil: Revelations 2 is typical Resident Evil, with a few tweaks. Movement and gun play is more old-school Resident Evil and seem to work best with a game pad. Inventory space is limited, but you can easily combine items and swap these items between characters. The big game play tweak is in how the two characters interact with their worlds.

Claire and Moira interact with the game in two completely different ways, so does Barry and Natalia. Claire is your combatant, she will arm herself with weapons and battle off the hordes of mutated creatures while Moira wields a crowbar and a flashlight. The flashlight will blind enemies and will also find hidden items throughout the game, so you will have to switch between the two in order to find supplies and progress through the game. Episode 3 really puts you in the hot seat with this switch game play mechanic in a section where Claire and Moira are trying to escape a building full of enemies.

Resident Evil: Revelations 2 also has its share of puzzles. I mean, what Resident Evil game doesn’t, right? Unfortunately, the first two episodes are fairly straight forward in their puzzles and never truly feels like a Resident Evil game, that is until Episode 3. Episode 3 brings us the Resident Evil puzzles we have been used to for the entire series, where doors are locked with ridiculous items that you need to find as you explore.

Resident Evil: Revelations 2 offers local co-op now for the PC, which it didn’t come with when released. The co-op feature is officially “in beta”, so you might want to expect a few bugs. You also get a few extra missions that you can play once the main campaign is over, and a raid mission that challenges you to clear out a huge number of shooting galleries under the time limit and without healing. This raid mini game will unlock new characters to use, depending on your medal count.

Unfortunately, here is where the game kinda falls apart. The environments that you get to explore are dark, dank, dirty, and depressing. They are also fairly generic and not exciting to say the least. The facility that you explore looks like every other old, abandoned series of labs and prison cells that you have seen in countless other game releases. There are many cases in which only having Claire Redfield on the screen really tells you that you are playing Resident Evil: Revelations 2 and not Outlast or The Evil Within or some other survival horror game.

The enemies themselves are interesting the first time you run into them, but the developers then use the same skins over and over and over again. You only really fight a small handful of unique monsters through all four episodes of Resident Evil: Revelations 2. The boss battles are the exception to the rule and prove quite interesting and even scary to fight against – the rank and file creatures are just generic at this point and no longer bring about nightmares to the player. 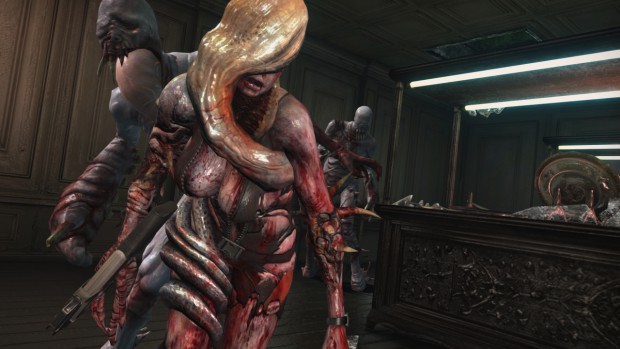 Voice acting is solid and the actors play their roles just fine. The script is good as well, and you can definitely see how the franchise has progressed from the original Resident Evil in terms of dialogue writing.

Capcom has got something here, something that is worth looking into. While not exactly brilliant by any means, Resident Evil: Revelations 2 is a fun game to play and can be turned into something great if Capcom aims a little higher next time. I love the story line and how the two sides have a six month time gap that helps create mystery. The game play is solid and fun. The aesthetics serve their purpose, but with more time and funds could have been fantastic and engaging instead of just all right. Capcom was also able to release each episode a week after the last. So, like your favorite television show, you just had to wait until the following week to find out what happens next. Sure, this turn around time may have contributed to the lack of polish on the environments and enemies, but it was nice not to have to wait months for the next episode. Resident Evil: Revelations 2 is out now on Steam and is worth your time to pick up.