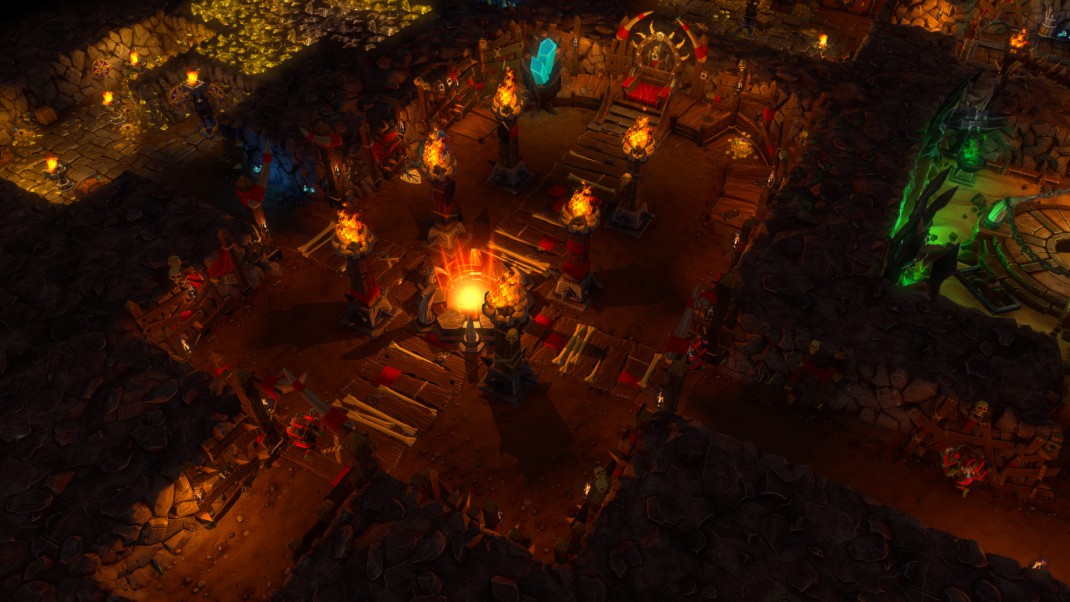 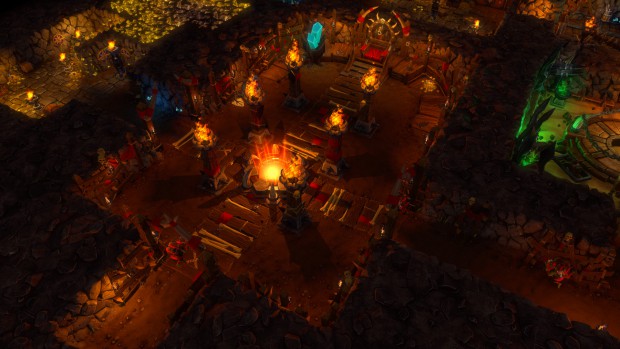 Dungeons 2 puts players in the role of the Ultimate Evil – basically, a Sauron-esque figure who sits atop an evil throne and commands his forces of darkness using a disembodied, floating hand. Your mission is simple: Grow your dungeon and amass as many creatures possible to reclaim the surface world from the stereotypical heroes found in fantasy tales. Dungeons 2 is really two games in one package. The first of these is that of an interesting base-builder, where you direct your imps and other fantasy monsters to build various types of rooms in your subterranean lair. These rooms range from breweries that help fuel your forces (beer = good) to treasuries to collect your gold to rooms that enable you to use new unit types. The second game which makes up the Dungeons 2 experience is a sort of fast RTS where you click and drag to control units and fling them towards the enemy. The combat is not very complex but it does offer a sort of frenetic challenge which promises to entertain most gamers.

Dungeons 2 has a lot of tongue-in-cheek elements to it – most coming from its narration. Dungeons 2 pokes fun at several other games in this manner, and it was always somewhat amusing. A little humor is always a good thing. Something that this Dungeons titles has over its predecessor is that, this time around, you can take your forces on the surface and attack your foes directly instead of waiting for them to come to you. 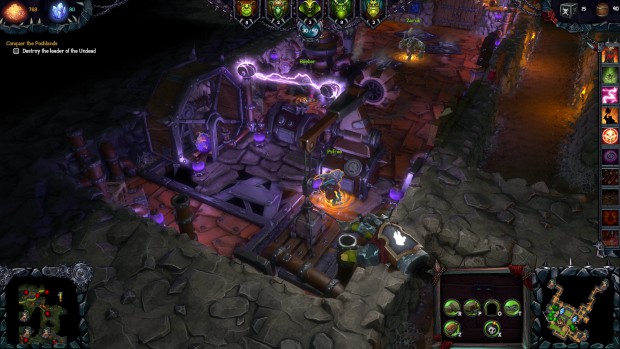 Visually, Dungeons 2 is a big step up over its predecessor and its graphics have a quirky, World of Warcraft style art design that entertains the gamer while also appearing overly-evil. The game’s narration and in-game audio are also well-implemented and further the game’s humor. While neither the graphics nor audio will be winning any awards, they are “pretty good” and help the production value of Dungeons 2 a great deal.

The biggest issues plaguing Dungeons 2 are those of its uninspired user interface which is prone to confusing new players of the game as well as the game’s clunky control system. Sometimes mouse clicks don’t land exactly where you think they will, leading to frustration. Thankfully, the subsurface dungeon-building is fun enough to look past most of these frustrating occurrences.

Aside from these minor issues, Dungeons 2 is a fun dungeon-builder that provides pretty visuals, fun art design, humorous narration, and entertaining, if not simple, RTS-lite combat. You can currently find Dungeons 2 on Steam and other online retailers for $39.99. 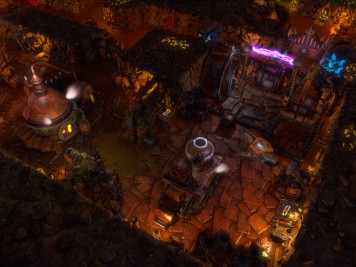 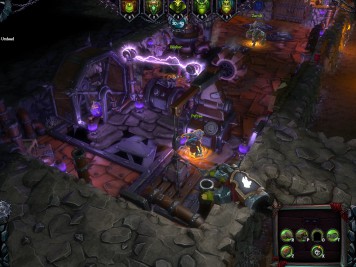 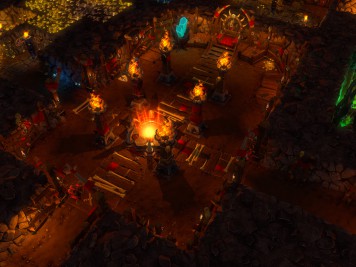