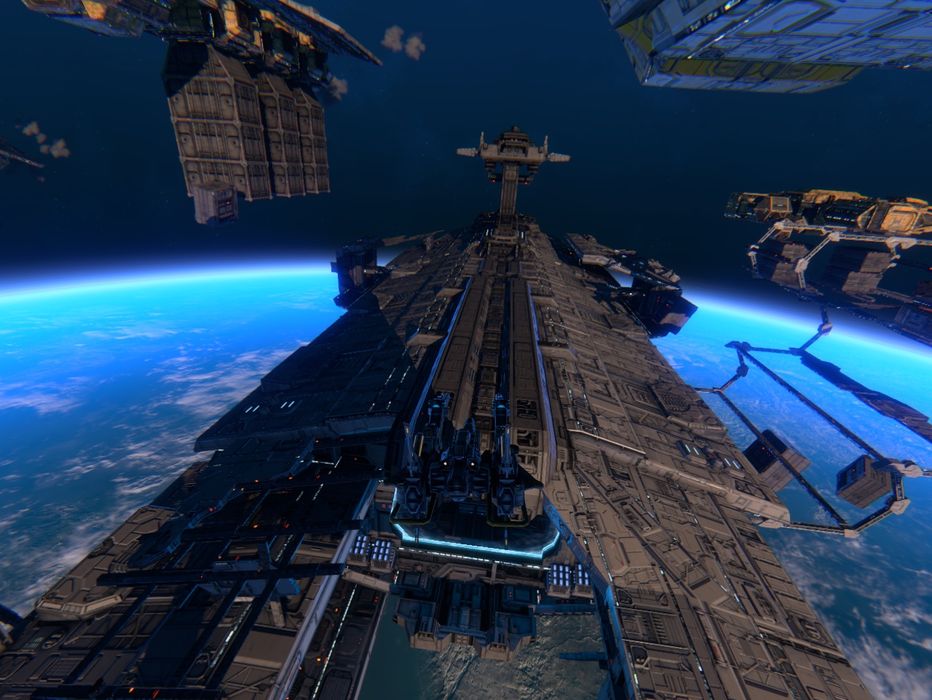 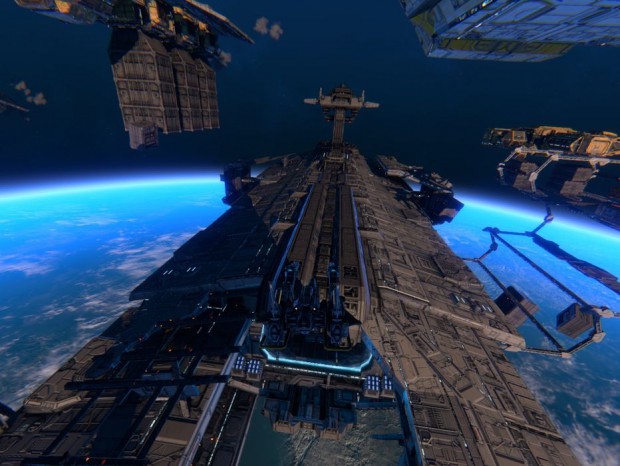 (MOSCOW, RUSSIAN FEDERATION) — April 23, 2015 — StarGem Inc. and Gaijin Entertainment’s epic free-to-play MMO action game, Star Conflict, receives a major content update today with the introduction of Dreadnoughts, a powerful trump card in the fight for dominance in the galaxy. Other exciting content additions comprise of new quests, locations, two new alien types and more. To celebrate this huge update, players can purchase all in-game shop packages at a 50% discount for the next three days. For more information and a full list of update features, visit: http://star-conflict.com/en/news/464-star-conflict-1-1-3-dreadnoughts-enter-the-battle-en

Starting today players can engage in Dreadnought craft combat in outer space PvP battles. These goliath sized spaceships come complete with interstellar firepower in addition to their immense size and strength, providing a massive presence in tough enemy battles. Although Dreadnought battles are available solely for corporations, solo players can also join the battle as mercenaries, defending a corporation that is under attack.

Corporations can choose from three types of spaceships available:

The construction of a Dreadnought is divided into four stages: building a shipyard, assembling the skeleton, mounting an interstellar engine and, finally, mounting the guns. All clan members must collect iridium, the primal construction element of the Dreadnought, since the building process is very costly.

“The introduction of the Dreadnought class with its sheer size and dominance creates an epic scenario for the intergalactic warfare that Star Conflict players crave”, said Stanislav Scorb, CEO of StarGem Inc. “The most powerful corporations have already started building their Dreadnoughts and are almost ready to join the battle, so wait no longer and start the construction of your Dreadnought now and take out the enemy”.

In addition to new Dreadnought craft, the update also includes 300 new and improved quests in Invasion mode, new locations (three of them alien, reachable by players through special portals), and two new types of aliens are introduced: Predators and Scouts. Purging enemies has also become slightly easier, with the introduction of new battle technologies. Finally, 17 PvP maps have been added to outer space and are available in both PvP and PvE modes.

Developed by  Star Gem Inc, Star Conflict is an action-packed, massively multiplayer space simulation game that puts players in the roles of elite pilots engaging in a widespread interplanetary skirmish. The game includes a wide variety of battleships, from light and fast interceptors to powerful fighters and well-defended frigates. Players can choose to go it alone or team up with friends to form powerful alliances. The combination of strategic and skill based gameplay in Star Conflict allows players to develop their abilities and establish specialized skills. Find out more about Star Conflict here  http://star-conflict.com/

Gaijin Entertainment is the developer and publisher of the online games War Thunder and Star Conflict, as well as other PS3/PS4/Xbox 360/iOS and Android titles. The company’s projects in different genres and for different platforms have received a range of mass media and game industry awards including such KRI Awards, Gamescom Award and many more. For more information, please visit http://gaijinent.com