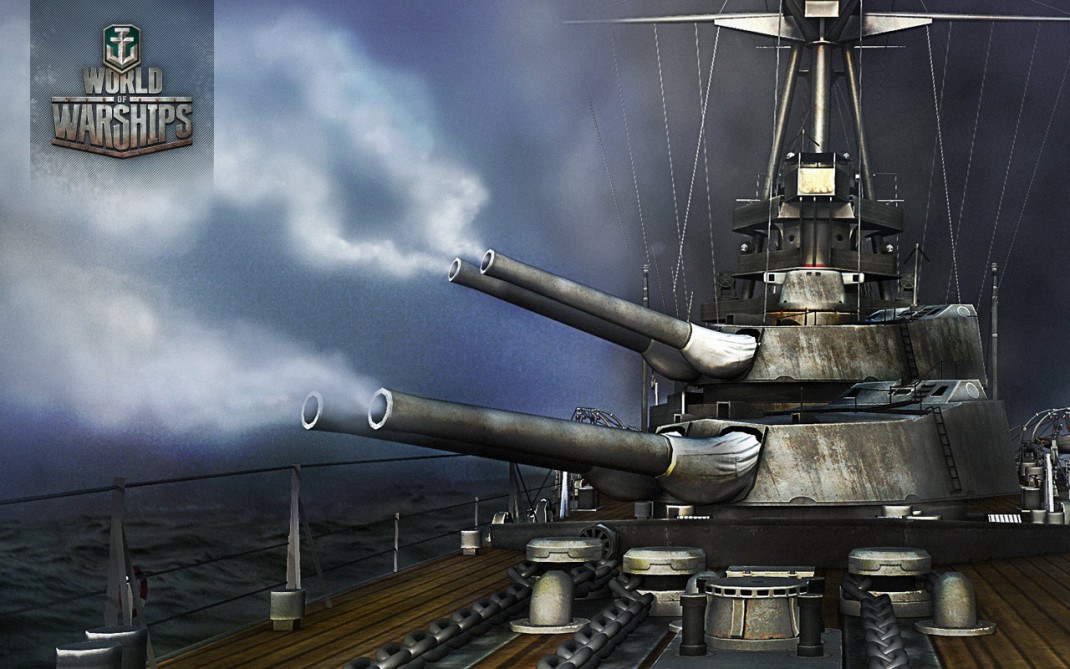 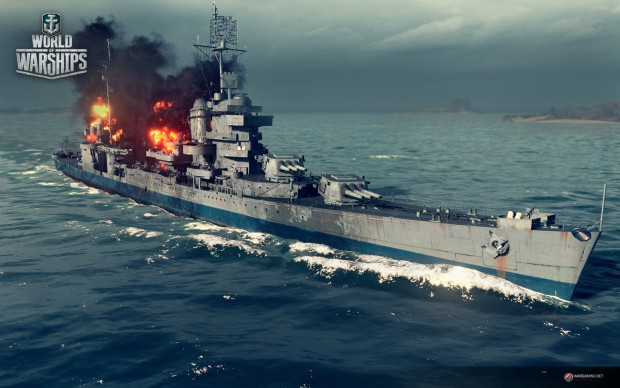 If you haven’t played World of Tanks, I hope it is for one of two reasons: you have never heard of it or just hate war games. If it is because you haven’t heard of it, go to you PC or Xbox 360 or mobile device and download it. You’re welcome. As fast paced and fun free-to-play games go, it is hard to beat that one. I even have a hat and a couple key chains that I display proudly because I love that game. If you know about World of Tanks, you probably know about World of Warplanes, the second installment in the Wargaming.net trio of titles that puts you into the driver’s seat of various military aircraft. The next installment, based in naval warfare, has had fans wanting to test the waters for years and it has finally come along with World of Warships Beta Weekends.

Hands On:
I was like a kid doing the pee pee dance waiting for the game’s beta client to download and install. I first saw this game at E3 2011 and its expo presence consisted of a woman in a sailor costume showing a single image of a Warship as part of the Wargaming.net booth. I was already hooked on World of Tanks, having played it at the show and excited about World of Warplanes but World of Warships was what I was most looking forward to. I have played just about every naval warfare video game I could find and actually grew up as a fisherman on boats since I was 6 years old.

The moment the download was ready I rubbed my hands together and dove in. It took one game to realize that it had all the aspects that I loved from World of Tanks and my favorite parts of World of Warplanes combined into one game. Technically, it is still in beta testing, which means it could change a lot during the time it takes to hit final product, but as long as they maintain their course it should be smooth sailing.

Ok now that I have gotten most of my sea vessel puns out of the way it is time to break in down into what works and what might or might not need refining. The shooting system is a great deal like World of Tanks, where you can lock on an enemy at a great distance but zooming in and adjusting gun elevation and target lead give you the best precision kills and bonus damage ribbons for hitting strong points such as a ship’s Citadel or fuel or armament locations, causing fires. Distance, speed, and maneuverability all play into effect on this as well as your own ships position and speed. 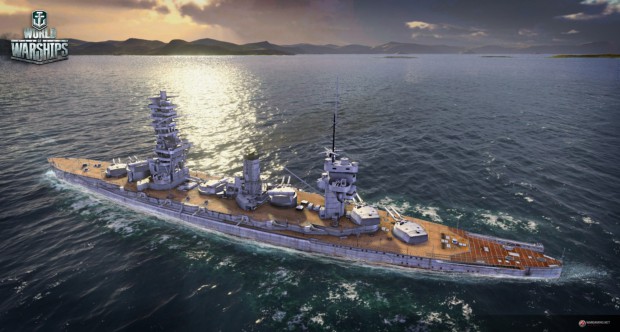 World of Warplanes took all those important factors into consideration, but due to the need to maintain altitude, avoiding stalls, and watching for enemy ground attacks, a zoomed in killshot was a risky one. There are some of those risks associated with World of Warships such as running aground or ship ramming (a popular and frowned upon last ditch effort in WoWP) but mostly terrain is used for cover and concealment such as in World of Tanks. You can even set autopilot and not worry about the ship’s speed and maneuvering but I found out quick that like in World of Tanks, speed and maneuvering can win or lose a battle. Better learn to shoot AND move!

Each class of ship has a very distinct advantage in battle and definitely there is one to fit pretty much every gamer’s taste. The classes play out very similar to World of Tanks and, much like World of Tanks, the ships all seem to belong together on the waters. World of Warplanes seem to be missing a bit of this because plane evolution was mainly driven by leaps forward in aviation causing aircraft to become obsolete where, when it comes to tanks or ships, as long as they are in similar armor classes they haven’t changed that much over time. Plus you don’t see Spanish galleons against WWII iron ships in this game. Maybe they will bring wooden warships in eventually but I think Wargaming.net learned from World of Warplanes to stick to a degree of sameness for proper balance.

The ships have special abilities that might take a little getting used to, torpedoes and planes in particular. But they aren’t necessary to start off, the first ships are straight forward giving you a learning curve before you have to figure out how to fire a torpedo in the right direction… and the right time.

World Of Warships looks like it will be a prized addition to the Wargaming.net lineup, especially when you consider how much fun it is AND it is free-to-play. Expect premium ships to come along but they have to pay their team somehow so I don’t blame them. Even with premium vehicles, a good time will be had by all!