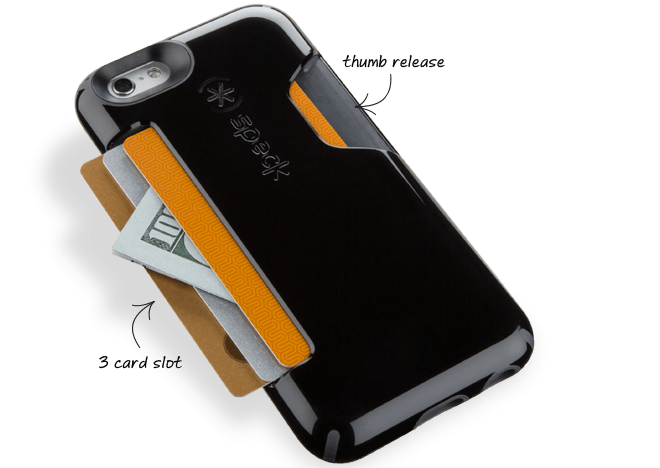 One thing about CES, there is a phone case for every style and need. I try to time my phone upgrades to right before the big show so that I can find the cases that will get me through the following year. Things that need to be taken into consideration are the fact that I have no hips. Seriously – medical FACT! So, if a phone is too heavy, my pants will try to fall off. To make matters worse, I am a klutz and there is a decent chance that at any time I take out my phone it will fall to the ground, especially if I am near stairs or an escalator. I also am rough on my wallets and have been known to break them. Yes, I can break a leather wallet, it is a talent I discovered when I was fairly young (ed. note: Call Guinness!). I mention all this because any phone case I select must be able to put up with ME. One of my newest in my rotation is the Speck CandyShell CARD. 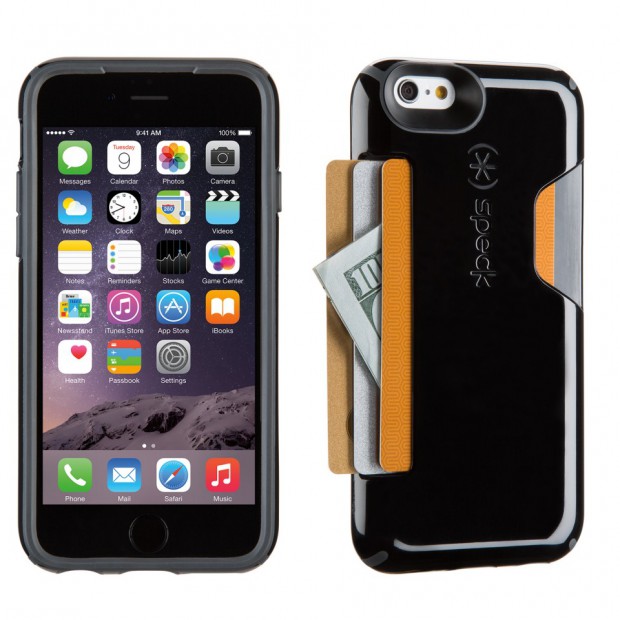 Hands On:
The biggest feature of the Speck CandyShell CARD is the wallet “nest” built into the shell of the impact resistant case. The wallet nest is designed for three credit cards and a little cash and, thanks to a rubber lining, keeps the cards safe and in place during regular use as well as dropping. There is a small section for your finger to push the cards and cash out the slot which makes it easy to grab on an otherwise slide resistant surface.

This was a key worry for me because the design of most pockets develop a looseness overtime and tend to send your money and cards falling at even the slightest of drops. I have dropped it by accident a few times – a couple times on purpose to make sure everything stayed put and still functioned and had zero problems. The fact that it only holds three cards could be a deterrent to some but I found I still carry a wallet and just put my three most used cards: driver’s license, debit and local casino card in the card holder and my main wallet doesn’t come out of my pocket for days. 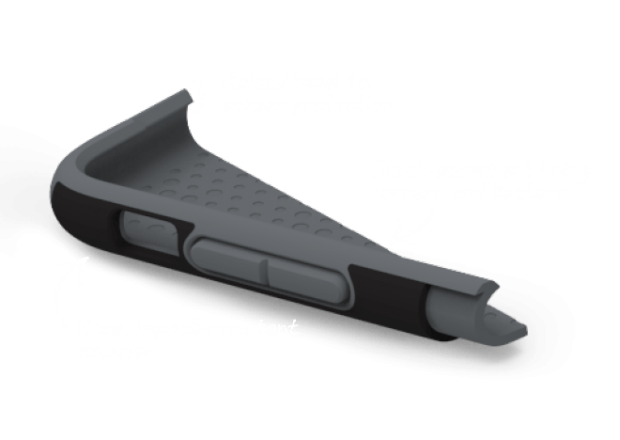 The shell design in itself lends to impact resistance though it tend to increase the profile of the phone. It definitely does in this case but the accommodation of the wallet helps make the space seem less of an issue. Like with many hard shell cases there are two layers one designed for impact and a second designed for shock absorption. The CandyShell is particularly well designed this way with the rubber absorption layer coming through at the corners to reduce show and prevent too much scratching on the shell. It meets or exceeds military standards which are actually surprisingly low unless you go by a military grading system rather than just a standard. Like I said before though I have dropped this several times onto hard and unforgiving surfaces and it has held up excellently.

Shell scratching is definitely a concern, I found it holds up from nasty scratches during falls but if you keep your keys in the same pocket you are liable to get some decent scrapes which show up pretty clearly on the black shell. Smudging is also a problem but using something as easy as your shirt can take care of those. 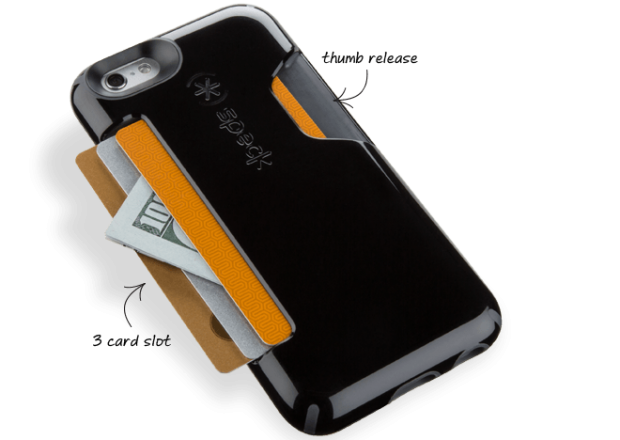 Last Call:
Speck has made a very nice case with solid construction with a great card wallet feature that makes the hard shell a feature rather than a possible deterrent. I would recommend it to anyone who is klutzy and lives most of their life using just a couple of cards.