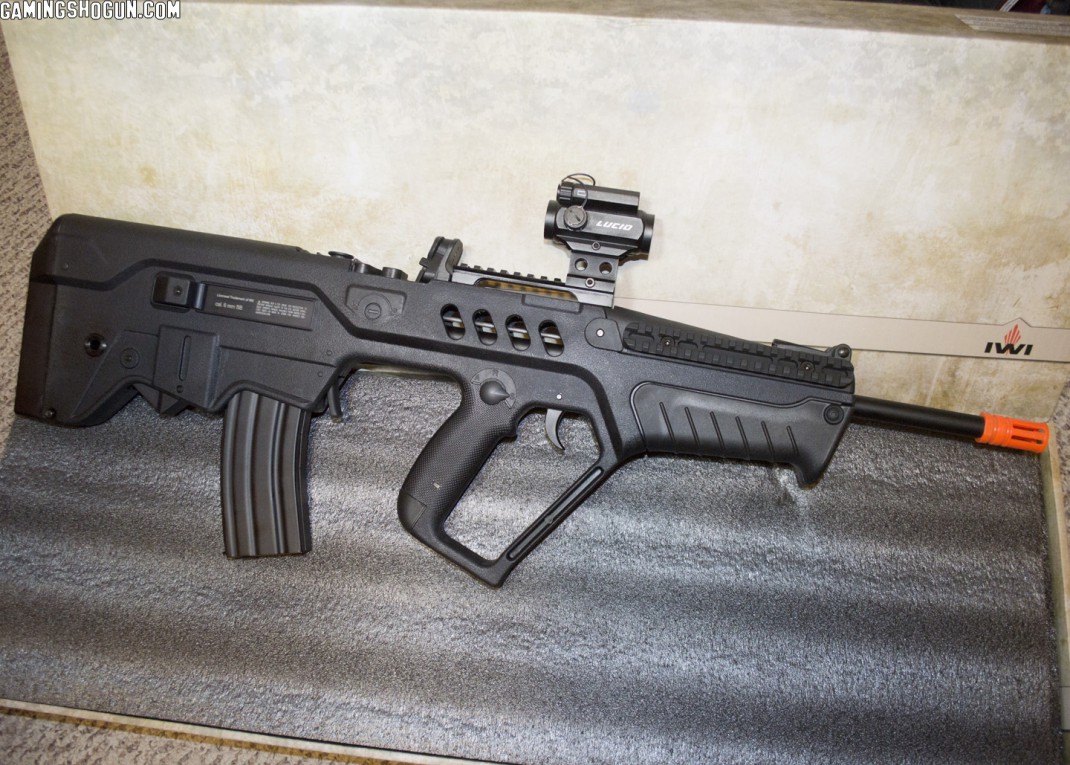 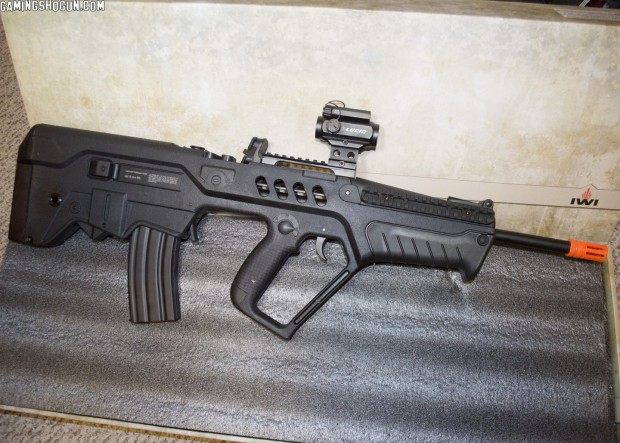 Recently, I got the chance to evaluate an airsoft rifle that I had been interested in for a long time: the Elite Force IWI Tavor 21 Elite AEG. My interest came primarily from wanting to field a Bullpup style airsoft rifle and the advantages therein. Advantages such as having a longer inner barrel in a smaller overall package and using an airsoft rifle where the weight was put closer to the players’s body. In the world of airsoft Bullpup rifles, there are really only three viable styles: The IWI Tavor 21, FN2000, and Steyr AUG. Being that it is produced by Umarex/Elite Force, I chose the IWI licensed Tavor 21 for its one year factory warranty and overall reputation.

In terms of overall design, Umarex and Elite Force have captured perfectly the design of the Israeli IWI Tavor 21. The “Elite” model is made from a rugged nylon fiber body that feels incredibly solid. I sometimes pick it up one-handed and just revel in how well-constructed this AEG is. The non-Elite edition is made from a lesser expensive plastic material and does not feel nearly this solid or durable (nor should it for its lesser expensive price point). Another of the many bonuses that come with selecting the Elite edition over the standard model is that in addition to the top rail, the Elite edition comes with a side accessory rail. Both are made of metal, so they will stand up to any accessories you attach to them.

Internally, the IWI Tavor 21 Elite features a reinforced, full-metal gearbox of a proprietary design. Thankfully, while the gearbox is proprietary, it is compatible with a lot of the standard, Version 2 gearbox components. If you remove the butt plate of the Tavor 21, you will be able to make use of the gun’s quick change spring feature, which makes altering your FPS a fairly simple process. The Umarex/Elite Force Tavor 21 Elite also features a functioning bolt catch which, when exposed, reveals the gun’s hop-up unit. 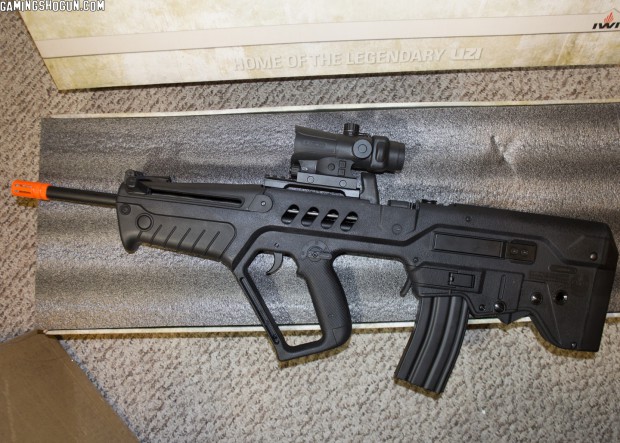 A quick note on the hop-up: I can’t recall how many times I have opened a brand-new airsoft gun and found that the hop-up bucking wasn’t aligned with the opening of the inner barrel or the hop-up nib was not seated correctly, leading to the hop-up simply not functioning properly. With this airsoft gun, I encountered no such issue – the hop-up worked correctly right out of the box. If anything, the hop-up was almost too sensitive, so take your time to “zero” the airsoft rifle with whatever optic you use as well as the hop-up to find the right balance prior to playing in a public game or big op. This preparation will make your IWI Tavor 21 Elite a force to be reckoned with on the field.

Using the Umarex/Elite Force IWI Tavor 21 Elite is a lot of fun. The gun has a very cool, futuristic style that will make any airsoft player feel like a super-soldier from a science fiction first-person shooter video game. The airsoft rifle features an electric blowback system that doesn’t produce much recoil but provides some nice feedback for the shooter. A word of warning, however, is that this blowback system does make the gun a bit louder than non-blowback guns, which may or may not work for your style of play. The blowback feature is actually more noticeable than most I have used (save for newer systems from Tokyo Marui and Bo Dynamics) because the blowback “bolt” is closer to the shooter’s shoulder. This is another one of the benefits of the Bullpup layout.

One issue I encountered when setting the IWI Tavor 21 Elite up for the day’s gaming was that, when I mounted a longer length optic on the rifle, there wasn’t a whole lot of top-rail space left for an external lens protector (something I recommend all players use). This leads into my biggest desire for the Umarex/Elite Force IWI Tavor 21 – that they release the “flat-top” style top rail that the real steel weapon can be ordered with.

I tested the gun out at SC Village in Norco, CA and their on-field chronograph showed velocity readings of around 375 FPS using Elite Force .28G BBs. I expect this to drop somewhat after the break-in period as the gun was brand-new when we got it. While playing, I had a generic 9.6V 1600mAh nun-chuck battery installed into the gun’s front handguard. Opening the battery compartment is very easy and changing out batteries in long tournaments or ops should not be too difficult. This is because opening the handguard relies on a simple push-button system. While not the biggest compartment in the world, it can handle a nunchuck or smaller Lipo style battery with ease. It sure beats having to fiddle with a D-Ring or screw system to get to your battery. Just be sure not to crimp any wires when you slide the handguard cover back into place.

Some players have claimed that their IWI Tavor 21 Elite AEGs have been locking up when being used in semi-automatic fire modes over long periods. I didn’t notice any gearbox issues – even after several days of play. Mechanically, my biggest pet peeve with the airsoft rifle is the longer than normal initial slack in its trigger. In the fully-automatic fire mode, this did not prove to be an issue. But, if you do a lot of semi-automatic shooting, it is noticeable. Thankfully, while the initial slack is more than I prefer, the trigger assembly is one of the newer micro-switch designs. This means that you will be able to get some pretty fast follow-up shots if you keep your trigger control tight throughout shooting (i.e. Don’t release the trigger all the way after the break). Also, it means that the trigger should prove longer-lasting than older designs that rely on electrical contacts.

Overall, the Umarex/Elite Force IWI Tavor 21 Elite AEG rifle is a terrific airsoft gun that, while pricey, provides one of the best Bullpup style airsoft experiences a player can have. It retails between $300 and $350 dollars at retailers like Evike and Elite Force’s own online storefront. 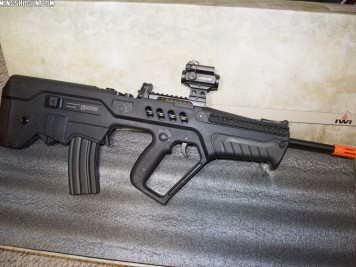 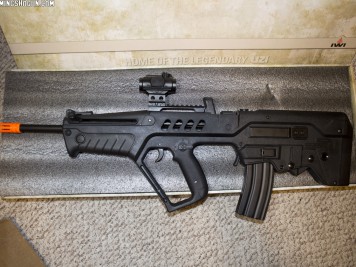 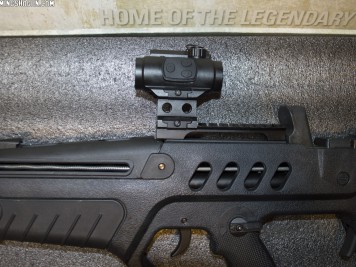 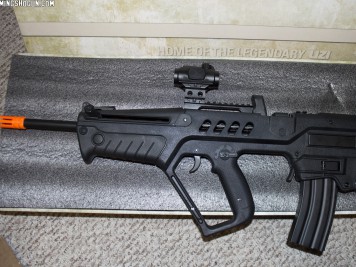 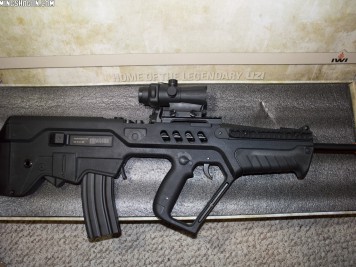 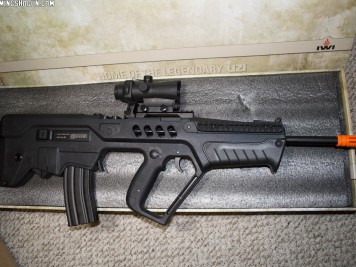 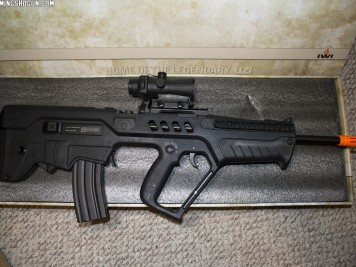 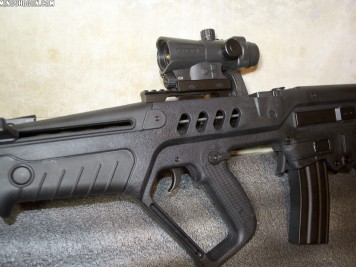 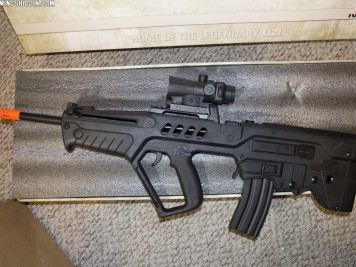