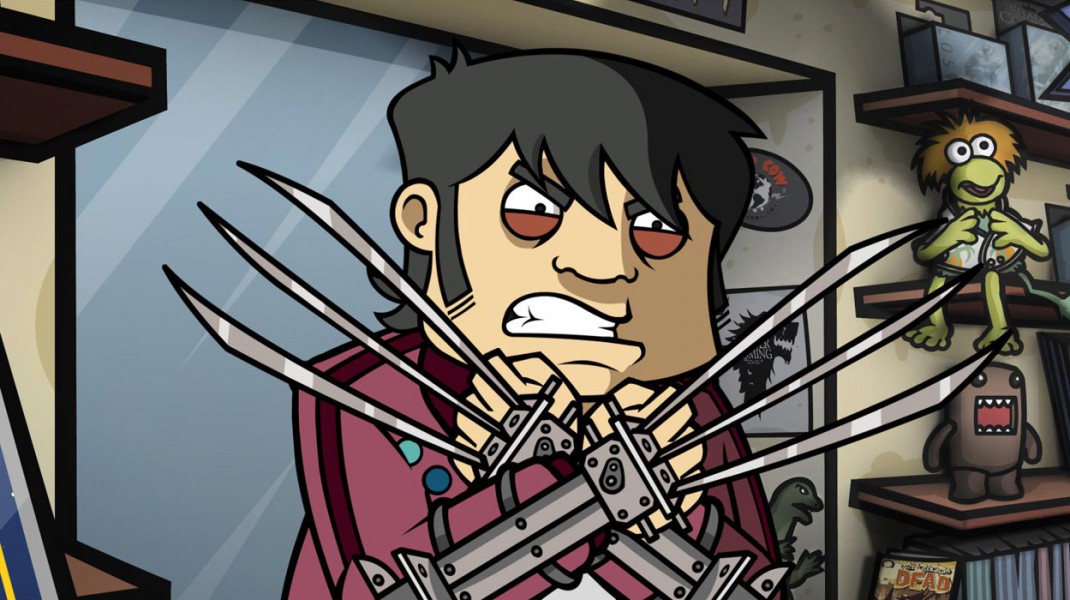 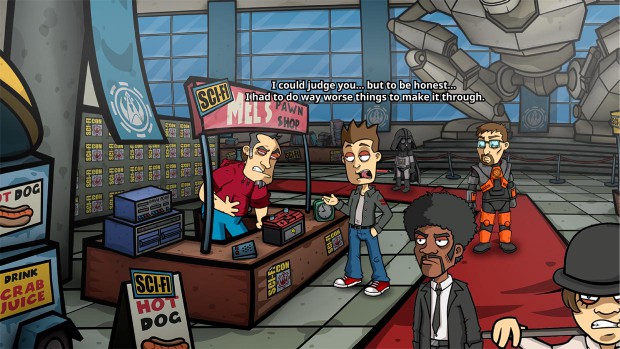 It’s been a while since my last point and click adventure game, seemed like I was doing a review for one at least twice a month. Well, it is time once again to dust off the rusty puzzle-solving sections of my brain and get my pointing finger back in shape with Randal’s Monday. Randal’s Monday, developed by Nexus Game Studios and published by Daedalic Entertainment, is a story about a lazy kleptomaniac as he relives his Monday over and over again. Each day gets progressively worse and complicated as he tries and tries to correct his mistakes. The story for Randal’s Monday has it’s hits and misses, but stays mostly on the good side, however, the game suffers from it’s illogical and frustrating puzzles that often times make absolutely no sense. Still, Randal’s Monday has it’s charm and is worth a look.

Randal’s Monday focuses around the life of a man named Randal Hicks, his friend Matt Griffin, and Matt’s fiance Sally Thompson. Randal is a lazy, shifty, kleptomaniac and begins the game helping Matt and Sally celebrate their engagement at a local bar. During the night, Matt drops the engagement ring that he got for Sally from a homeless guy for a Dorito, and Randal pockets the ring to give back to Matt later. The next morning, through a series of events that helps shape Randal’s Monday, Randal ends up selling the ring, which is supposedly cursed, to a pawn shop for rent money. Randal finds out the next day, that the ring was truly cursed, and now so is he. Randal must relive his Monday until he gets it right.

The story for Randal’s Monday is straight ripped right out stories like Groundhog Day or Edge of Tomorrow, which I have no problem with. The story itself is well put together and works for the game at hand. The characters are interesting enough, even though Randal Hicks is a direct copy of Randal from Clerks, from the speech patterns, sound of the voice, and mannerisms. I think that was my main issue with the story for Randal’s Monday is the constant attempt of the designers to through in pop culture references that have no impact on the story. It was more “Hey look! There’s a Planet Express poster in the delivery company that Randal works for. Aren’t we slick?” References in movies or games have their places when the character defines himself or herself by these references. In this game, they come off too much like pandering to the audience for that quick connection.

This doesn’t ruin the story line, the game is still a strong game even with this issue, but could have been so much better. The story itself is a dark one, with some good humorous parts, but pales in comparison to anything with the words “Sam and Max” in the title. 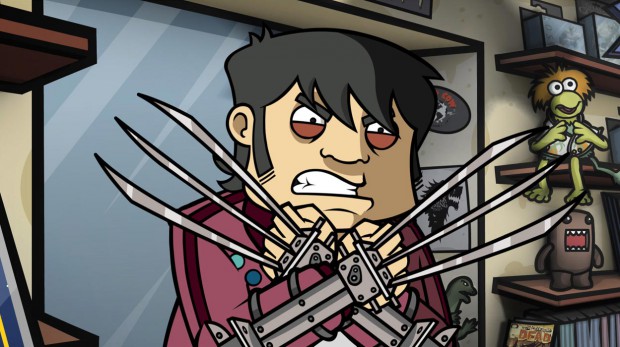 The main thrust of Randal’s Monday is the reliving of that particular Monday in Randal’s life. Each day you begin, you will go through the day with the items that you found in the previous day, solving puzzles and essentially making things worse before they get better. Besides that, the rest of the mechanics is basic point and click fare.

The puzzles for Randal’s Monday is the biggest downfall of the entire game, even more then the pointless constant pop culture references. Way too many of the puzzles and solutions just make no logical sense at all and are almost impossible to figure out, unless you are either Sherlock or use the hint system. Sneaking passed the subway ticket lady by knocking her phone off the table wasn’t good enough, you had to find super glue, glue the phone to the table, call the phone, and then sneak passed her, even though the effect was the same. Hard puzzles are fine, as long as they have a basis of logic to them.

Point and click games have to do two things right, have a good story and have puzzles that are entertaining and challenging enough to keep interest in the game. Randal’s Monday does a decent job on the first aspect, but fails horribly on the second. A point and click adventure game with bad puzzles is just not worth playing.

I liked the art work and design aesthetics in Randal’s Monday. It was done with a very cartoony, cell shaded art style that I felt worked for the story. It was like playing a graphic novel, which also fits in with the design aesthetic. Voice acting also worked well, but hopefully you liked Randal’s character from Kevin Smith’s Clerks, because if you didn’t, you will hate the main character for the entire game. Jeff Anderson, who played Randal in Clerks and Clerks II, voices the titular character in this game – although, they are quick to point out that Randal’s Monday is not an official sequel to the Kevin Smith films, it is just a sort of homage to them as well as a ton of other pop culture IPs. 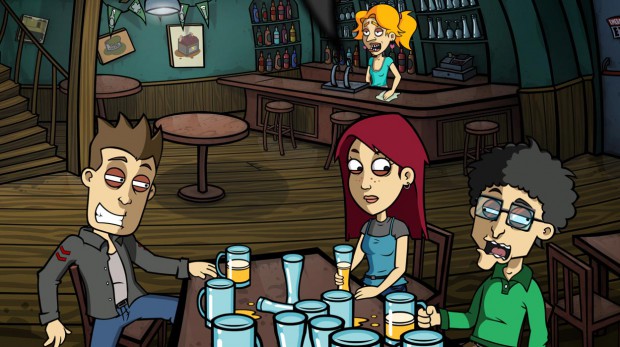