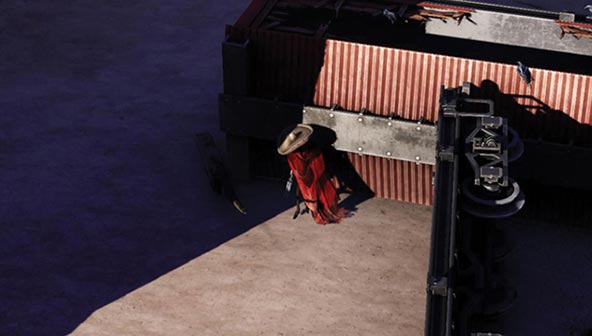 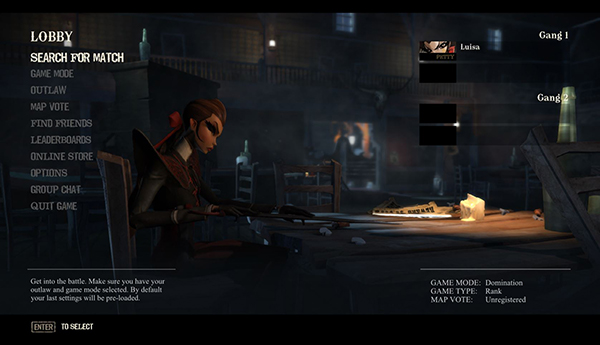 I’ve been excited about the idea of Secret Ponchos since I first heard rumors about it. Top down Diablo style and PVP gameplay with spaghetti western theming and Gorillaz style animation? Sign me up, I’ll put “Clint Eastwood” on loop and load “The Man With No Name” trilogy up. It’s still in pretty early Alpha stage, so don’t go grabbing for your sombreros just yet, but if everything continues on this path you’ll be packing at high noon soon!

Features:
– Five character classes: The Killer, Kid Red, The Deserter, The Matador and Phantom Poncho with more to come.
– Rookie and Ranked modes
– 1vs1, 2vs2, 4vs4 and 8 player gameplay
– Domination, Deathmatch and Free-For-All
– Original western soundtrack 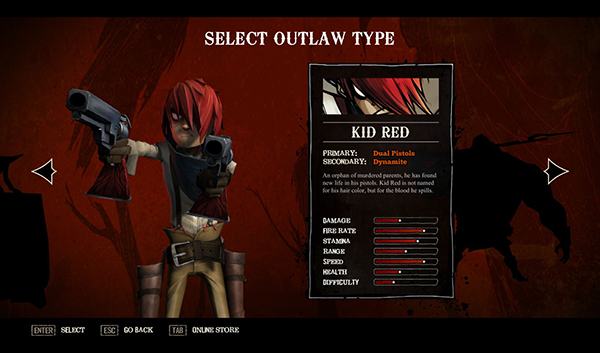 Hands On:
The key to remember with a game like this is it is still “Early Access” which can be a deceiving statement but in this case translates to Alpha. Everything from the gameplay to the names of the characters can change between now and the time the game finally gets full release. Good examples would be that when it first seem to really start getting attention at PAX East 2013 one of the characters was named Gordo and manned a Gatling gun. Also, the platforms they were shooting for were the PS3 and XBox 360. Now, however, Gordo has gone to Boot Hill and they now have their sights on PS4 and Steam. These type of things happen as builds are adjusted and technology advances so just be prepared, what I talk about now may be a sight bit different from the final results.

That being said, what is developing is a nice looking, fun playing shoot’em up. Each character comes with two weapons and in the future should have the options of different skins. The weapons are designed to be divided by usage, one for close-up and the other for distance kills. Each character has its own combos and strategies. Some seem fairly straight forward like Phantom Poncho’s whip which disarms the enemy so you can get in close with your shotgun. Others seem to involve more thought like Killer’s throwing knife and long barrel revolver. All involve practice to get the hang of which you can do on the single player practice range, then you can move up to “Rookie” class. After that, once you get a feel for your gear, the ranked games await. The more men you gun down the more bounties you collect, the more bounties you collect the higher the price on your own head goes. Along with reward ranking there is also titles starting at such names as “petty thief” and heading up to others like “dangerous thug.”

A lot of the fun of the game is in the Old West atmosphere created by the character design, the music and the animation that looks like it came out of a Gorillaz video or a graphic novel. It plays out beautifully as bullets fly, crates explode and characters dive into taverns for cover. They have their Boot Hill style cemetery, cleared streets and weed filled corrals waiting for a fight all while listening to a score that could have been straight out of a Sergio Leone film.

The game has controls for the keyboard but after quite a bit of painful play on it I realized it is truly suited towards a controller, so much so that it feels almost like a port (it was originally aiming for the PS3 and Xbox 360). Once I settled in behind a controller even my busted up excuse for a controller was better than the keyboard.

This of course may change when it finally hits release version but if I were you I would make sure to have a controller in your holster. If you have the Steam early access version of Secret Ponchos, get your gun belt on and hit the streets as they need a bigger population for their testing and development.

First Shot:
I was a bit surprised that a game I had heard about so much so long ago was still at this point in production, I would have thought it would have been further along. It is still pretty buggy and the population of Lonetree sometimes feels like 1. That said, I really like where it is headed and if the final game is anything like the build I have been treated to it will be a treat indeed. I’ll be keeping this game in my sights looking forward to many showdowns ahead.