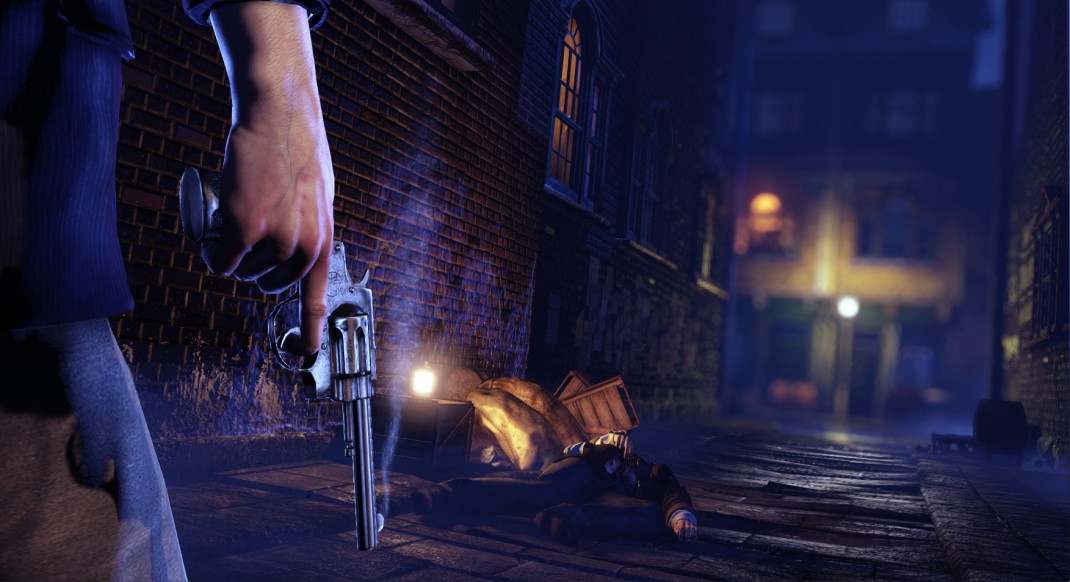 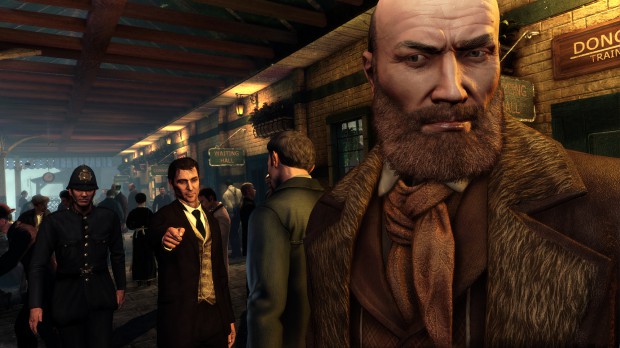 In the words of Danny Elfman, “I’ve always been a sucker for mystery.”  It doesn’t matter what form it comes in if there is a survival horror or an adventure game, if there is something to be solved then the game is afoot. When a Sherlock Holmes game comes along you can bet I will be there to play as the legendary sleuth and set my wits on cracking the crime. Whether it be one of his famous adventures or a whole new one, I am in. Luckily in the case of Sherlock Holmes: Crimes & Punishments there are puzzles of deduction and game puzzles as well.

Description:
Become the most celebrated detective of all time: Sherlock Holmes! Use your impressive talents as a detective to solve six thrilling and varied cases: murders, missing persons, spectacular thefts and numerous investigations that sometimes lead you into the realms of the fantastic.

Will you follow your moral compass, or will you apply the letter of the law?

The great freedom of action in Crimes & Punishments allows you to conduct your investigations in the manner you deem appropriate. Use the 14 extraordinary skills of detection for which Sherlock is famous, choose the avenues of enquiry you wish to pursue, interrogate your suspects and, from your deductions, name the guilty parties… you can even determine their fate! The ramifications are far-reaching, and your decisions will exert a real influence through your reputation or the surprising consequences that will arise where you least expect them…

Hands On:
I’ve played a lot of different crime solving games but this one is unique on how varied the detection systems are as well as how they are solved or even if they are solved right. If that isn’t enough variation you even have the final decision on what to do with the information, whether you go strictly with the law or follow a personal moral code. This game exercises the mind in varying ways at every turn.

There are the simple things like sleuthing that acts a lot like detective mode from the Batman Arkhym games. Then there are situations where you examine a room or a crime scene for clues. You can use the detective mode, which makes the clues glow but if you don’t you can still deduce where they might be. The same goes with taking in a person’s clothes and looks to decide what kind of life he lives and how honest he might be. Cuffs on a shirt say a lot about an individual as do their shoes. Tattoos can be telling too if you know what to look for (and remember the time period and who was likely to use them then). The game will guide you in the direction but if you don’t think carefully you may miss a clue and that clue may be the deciding factor. On one case I missed a single clue and came to the wrong conclusion. Clues connect to theories which can connect to conclusions which can eventually connect to… oh here is the chart, it explains it better.

Clues can combine to bring about more than one possible theory which, in turn, can combine into greater deductions until you have the final conclusion.  To come to this conclusion you had to process 14 clues, 10 of which combined into 5 deductions.  It is a bit difficult to explain and a little confusing to get the hang of but it makes you really think out the possibilities and motives, the sources of the clues, and try to eventually solve the case correctly.  So you decide who did it, then you have to decide how morally guilty they are and how legally guilty they are and then choose your punishment accordingly.  Maybe the woman killed her husband but he was abusive and threatened her life, should she go to the gallows or get a chance to move to a new city and start a new life?  If one gang kills a member of a rival gang from another country do you expose them and risk an international incident or slip it over to secret authorities that will make sure a shadowy justice is done?  These are the kinds of decisions you have to make from the moment you take the case to the moment you head back to you home for a bit of rest.

The puzzles aren’t all mental deductions and clue sleuthing, some of them are simple old fashion puzzles which can be a challenge in their own right.  Locks in the game require multiple cylinders to be turned and lined up like circuits to complete lines across the whole, for some people these kind of puzzles are akin to Rubix Cubes in difficulty and near impossibility to solve, others do it without a bit of thought having their hands work almost instinctively to solve the puzzle.  If you are the kind that it stumps don’t worry not only are you not alone the company is so great that you can skip the puzzle if you can’t figure it out.

Another that involves a similar mindset is turning and adjusting an image of something, in this case a ship, to discover the clue and this too is skippable.  I’m the guy who walks up to the metal puzzles in the mall and solves them then walks past a 3D puzzle picture and sees the schooner, sometimes I wonder why I can do that.

Other puzzle mechanics, in this case it isn’t too much of a spoiler to say you have to arm wrestle someone (it doesn’t play into the plot or offer a clue) require you to study their facial expressions and figure out when to hold steady or push while watching your stamina.  For some this is as easy as playing Punch Out or more precisely Punch Out! Arm Wrestling.  I was never that good at that game and I found that time had not improved my abilities, after well over an hour of trying I finally passed it.

In the end all the puzzles solving, sleuthing, theories and deductions come to a conclusion on which you act.  Was your conclusion right?  The game gives you the option of knowing whether or not you discovered all the clues and made the right conclusion, you can go onto the next case considering the last solved for better or worse or you can find out if you were right, a true detective worthy of bearing the Holmes name.  The moral/law decision is all yours though the game begins to place a title upon you depending on your tendency such as “by the book” or “morally decisive.”  If you don’t like this title you can go back and change your choice before you take the next case, if you find out or decide you came to the wrong conclusion or missed some clues you can go back to before the final consequences and do more sleuthing.

To steal the eternal phrase, the decision on whether or not to play this game is elementary my dear reader. If you like mind games of all types or any type this is the game for you, it is a clever mix of puzzles pulled together to create six brilliant cases which actually had me wondering if they were some Sir Arthur Conan Doyle tales I had forgotten which is the highest praise anyone can get when it comes to such detective works. Good show fellows, I hope for more to come.