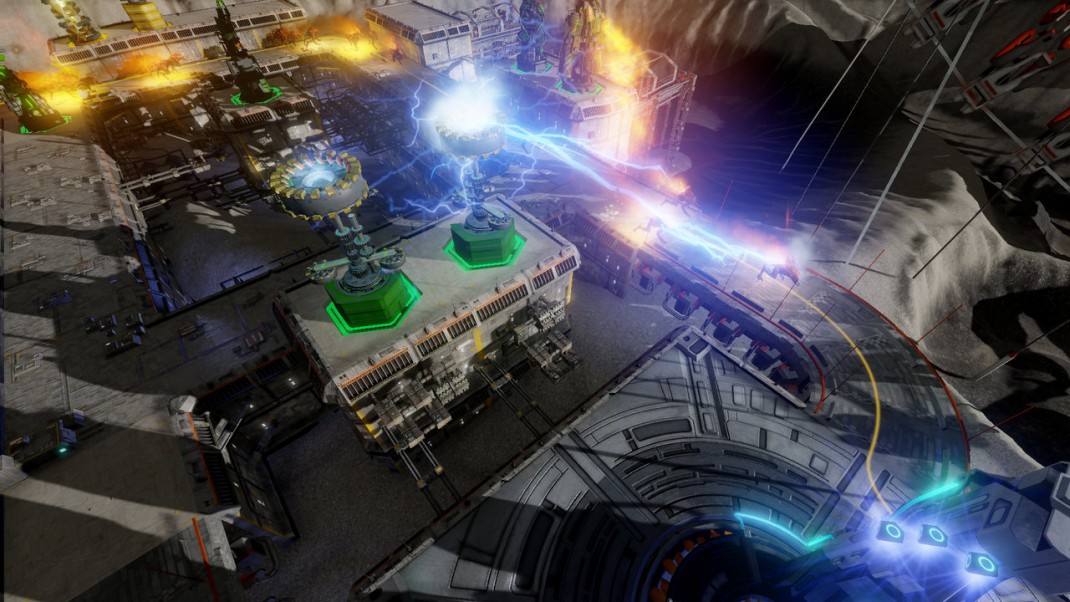 It doesn’t seem all that long ago that tower offense and tower defense were only found as part of a bigger titles, such as StarCraft. Eventually, the tower offense came on the scene, with big with games like League of Legends. Now there are hundreds of tower offense games, some massive and hugely popular like LoL and others small and obscure ones with no real name at all except “tower offense game.” Defense Grid was one of those tower defense titles with high production value and a loose campaign storyline to tie the missions together. Now, we have Defense Grid 2! Does it raise the bar? Press on, dear reader….

Hands On:
I’ll admit to some confusion playing this game. I have played Defense Grid: Awakening on multiple platforms and I still don’t fully get the storyline. I believe it is about incorporating new AIs into our military operations to help us win battles against the aliens. These AIs with also help seek out new worlds where the aliens have not yet infested so we can colonize them. That’s the basics anyway, with weird dialog about whether a soul is necessary for true intelligence and if some are better of without either. I’m sure whole articles can be written about it and if someone would like to clue me in, feel free to do so in the comments. Otherwise, I might just hold to what I read in “Do Androids Dream Of Electric Sheep” (the basis for Blade Runner).

Gameplay is straight forward and missions can be handled in many different ways. There is a campaign mode which give you 21 maps to build your defenses on and figure out the best way to stop the alien offense. Each map has its own challenges which, even when playing in normal mode, will keep you on your strategic toes. If it strikes you as too easy or you want different challenges you can add additional conditions such as “cannot upgrade towers to red (top) level” or “limited resources for building.” In some cases the mode can actually remove limitations such as “all towers unlocked” mode which lets you build all the designs you want. I plan to go back and play each map on this mode just to see how fun OP can be. Some of these modes are suggested by the community (such as that last one) and others are the result of the diabolical minds of the design team. Either way you can tell these guys have years of experience making protecting your goodies a nightmare.

If fighting against an AI under all those challenge modes isn’t enough, you can go online and play cooperative with like-minded strategists  – even playing through the entire campaign. One of the challenge modes even allows players to only build on their assigned defense posts so you are hoping they pick the right things so you don’t have to try to pick up the slack somehow with your towers.

The choice of which towers to build really opens up as the campaign progresses. You start with a gun, then a flame thrower, working your way up with the possibility of improving the post your tower is placed on as well as upgrading your towers themselves. The upgrades go green for basic, yellow for middle and red for top of the line. The post bases can be upgraded to have different characteristics to help in the battle. Generally you have to choose range compared to damage at the beginning but once you progress it becomes more of cost versus coverage. Again a fairly standard tactic in tower defense games but one well implemented here. 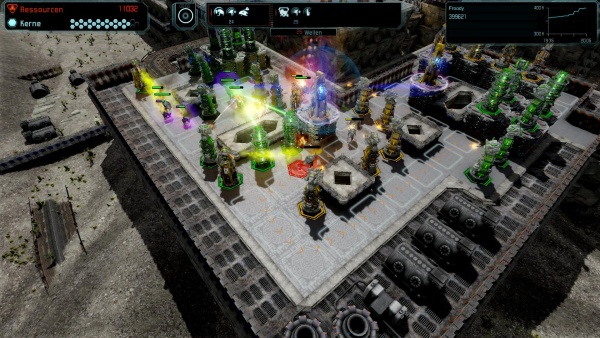 What really makes the game stand out are the units. Your enemy has some cool looking offensive units and you have some towers that look cool but damage even cooler. The graphics are great and colorful and the tower damage graphics such as fire and explosions are satisfying. It comes down to good strategy makes for some bitchin fireworks.

It should also be noted that the game works really well with the Xbox One controller making me think it was designed for it and not ported.

Last Shot:
Defense Grid 2 is a strategy player’s dream with more ways to take on each map than many games have to play all their maps combines. I am more of a tower defense junkie than a tower offense one, and this stands out as one of the best titles in recent years. I can see going back to play this game time and again, each time a bit different, no two games alike and hopefully getting a buddy to join in on the mayhem.