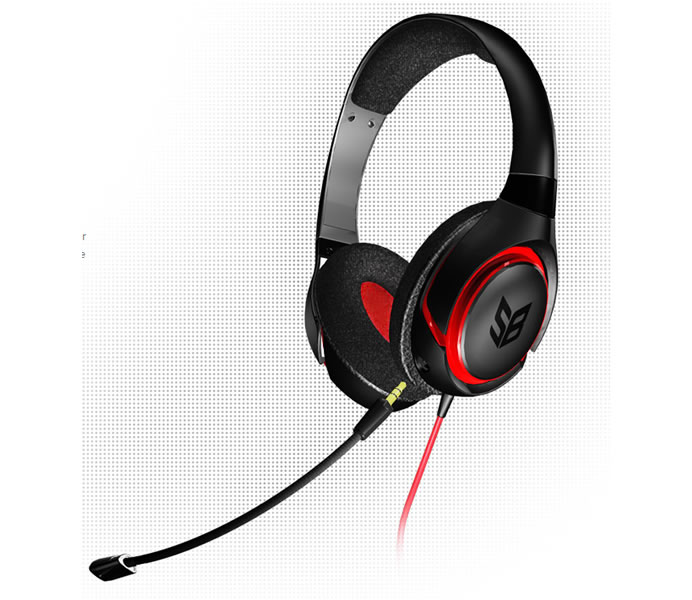 Creative Labs latest tool on the gaming market is the SB Inferno Gaming Headset which promises professional tournament quality and a sleek look without the high end brand price tag. The only question is does it deliver? 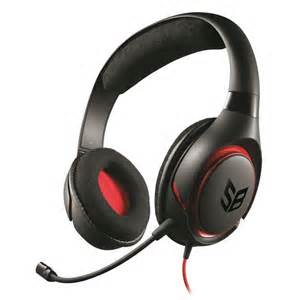 Hands On:
For a lot of folks who aren’t tech savvy, the specs may seem like a bunch of gobbledygook but it is the same gobbledygook  that you would see on the specs for the big names in games. Most headsets at shows and tournaments probably boast very similar ingredients so it comes down to how well they are utilized in the headset, the comfort and, of course, the style.

With a standard analog setup, they will not only look good with the black and metallic red design they will perform like champs if you use them on the go with your phone or tablet. The “SB logo is swept up at the ends giving it a vaguely Transformers-like logo design with a detachable boom microphone. The cable is a bright red completing a look that would work on the subway or in the gym drawing only nods of approval and curious glances at the logo. FullSpectrum sound and stereo input combined with padded ear cups means you don’t have to hear what they say unless you want to. I found they were particularly nice for action films full of gunshots and explosions while using my tablet on trips. It definitely made it easy to block out the outside world and nap on business trips.

The thing about gaming headsets though is you want to have them perform first and foremost while gaming at which point you just stick the microphone back on and choose your platform. If you are already rocking the PlayStation 4, these headsets are plug and play, stick them into your controller and listen for the direction of the gunshot or maybe the sound of the engine of your competitor’s car as they try to close the distance behind you. They are lightweight enough for you to play “just one more round” of your favorite game for hours without discomfort and the padding at the ear cups and head arch keep them from feeling confining. 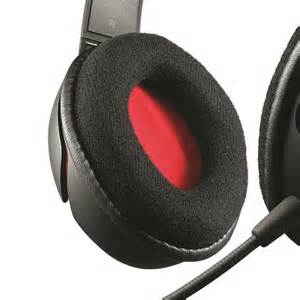 The same goes for phone or tablet play – if you want, you can leave the stick on and talk to your buddies while playing the game or play a game during one of those long calls to that friend or relative that never seems to stop talking. The mic stick pops on and off easy so you can just keep it in your pocket for when you want to use it.

PC gamers only have one more step and that is to put on a cable-splitter to separate your mic and head phones. The adapter comes included so all you do is put  it on, plug it in, and you can be on in-game chat or Ventrillo  – even make an internet phone call all while hearing what you want with crystal clear quality. The microphone has a noise cancelling condenser which is nice if you are in a hot area and constantly have a fan going or in a big family so there is a constant background of screams and general noise yet it can pick up whispers just fine if you are trying to have a quiet conversation. They even have turnable cups and lower profile so that they pack away quick and easy to be on the go.

Last Call:
I always have a set of headsets packed away in one of my travel bags so that if I do have to go somewhere quick I never find myself without a noise blocking listening device. My wife stole my last pair so these arrived at a perfect time to become my next go to set. I would say to look for me wearing these but I expect the Creative SB inferno Gaming Headset to become a commonplace sight on the tournament scene and on the go.