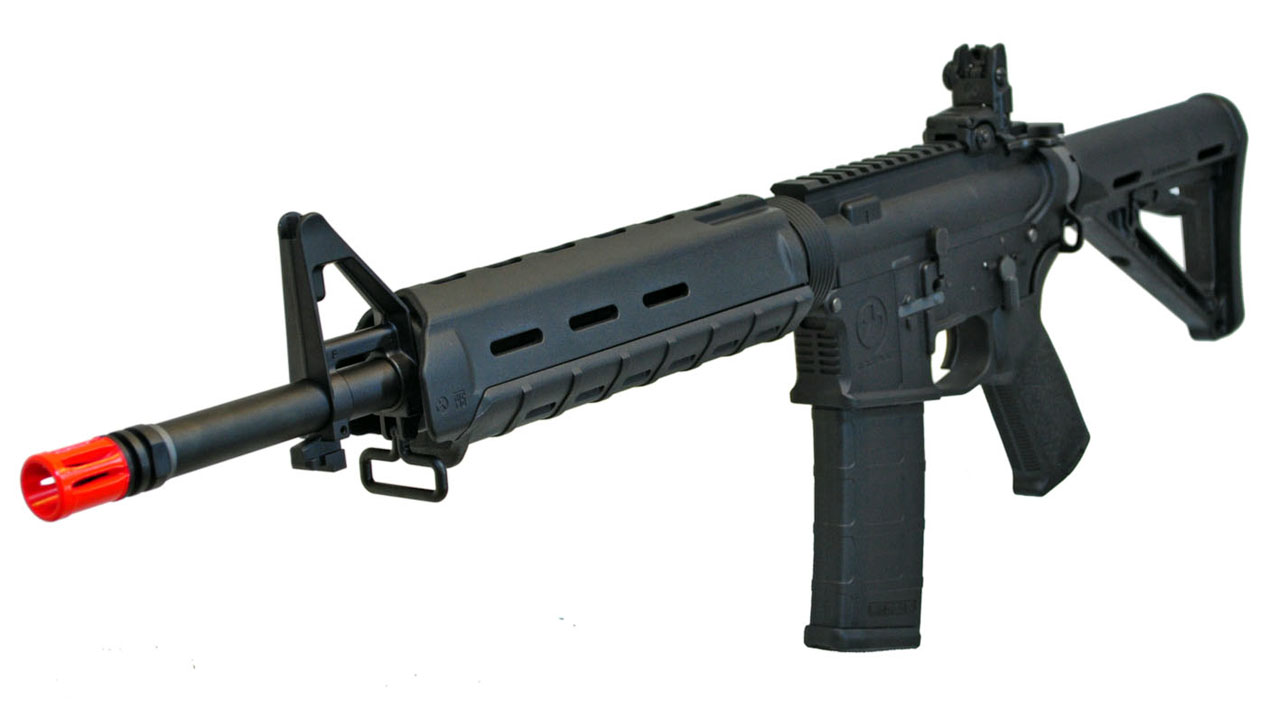 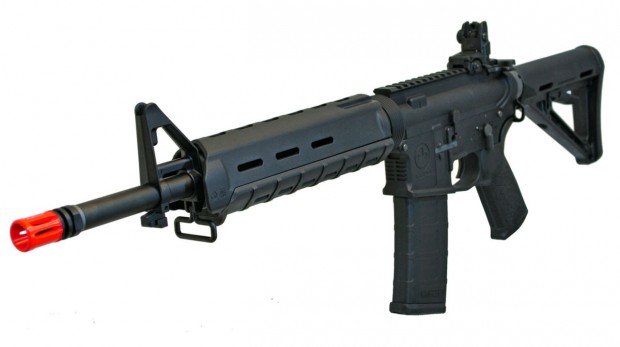 Airsoft gun makers have been trying hard for several years to create realistic recoil/blowback systems in their AEGs. Early, piston-driven designs caused additional wear on your internal components and new pneumatic systems from companies like G&G, while not putting undue wear on your internals, don’t really add much recoil to using the airsoft gun. Gas blowback airsoft guns have usually had no problem getting recoil effects due to their design. It is that reason, along with their usage being very similar to real-steel firearms, that they are used a lot for training purposes. Unfortunately, using a gas blowback rifle has disadvantages when the temperature is taken into account. Gas blowback airsoft rifles perform poorly in cold weather as the gas inside their magazines condenses due to the temperature. So, the goal is to create an AEG which has recoil comparable to a gas blowback rifle and can be used for training no matter what temperature it is taken to. Enter: The PTS RM4 ERG.

The external design of the PTS RM4 ERG (try saying that five times fast) is nothing you haven’t seen before with other PTS rifles, but that doesn’t mean it’s any less impressive. It features all PTS Magpul furniture with official trademarks and comes equipped with a flip-up rear MBUS sight and a-frame forward sight. The outer barrel is 14.5″ inches in length and the gun features a 6.05mm tight bore inner barrel. The gun’s coloring is all muted black and gunmetal, giving an overall aggressive tone.

This Magpul-licensed airsoft gun was co-developed by PTS and Yih Kai, which is also the manufacturer for KWA. Yih Kai has long-been known for crafting well-built, solid out-of-the box airsoft guns and this is no exception. The PTS RM4 ERG weighs in at a solid 7.42 lbs and I couldn’t locate any “wobble” in it at all. For its purpose as a training rifle, the thing definitely feels as though it can take a beating. Here in the U.S., the gun is being co-distributed by KWA and PTS. 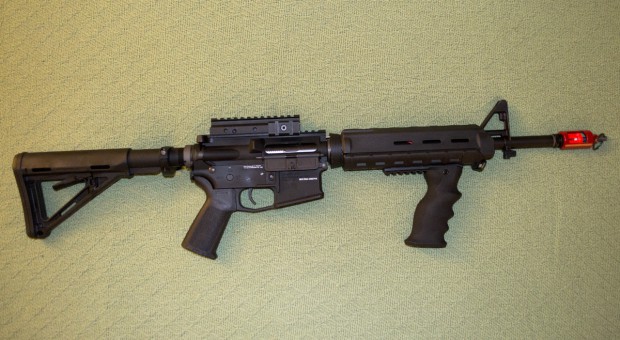 Talking about the gun’s “Kinetic Feedback System” (what they call the recoil system), this thing is incredible. For all intents and purposes PTS, Magpul, and KWA have succeeded in creating a system that mimics the recoil of a gas blowback rifle. While not as much recoil, obviously, as a real-steel firearm, the system produces enough recoil to make you work to stay on target. Additionally, the PTS RM4 ERG features one of the coolest things I have seen on an airsoft gun – when the magazine is dry, the gun does not fire and the bolt catch locks back! In order to begin shooting again, you have to reload and hit the bolt release. This feature is only available when using the specially-designed PMAGs for the rifle (more on the magazines later). Of course, the airsoft gun can use standard M4 magazines as well – but you will not get that auto cut-off feature.

We got the chance to ask PTS Syndicate’s Andrew Ho some questions on this new airsoft rifle – here is our mini-interview:

Q) Could you explain what the Kinetic Feedback System (KFS) design process was like? What were the goals, challenges, etc?

A) The design had been under development for a couple of years. The details were all handled in Asia by the factory. I entered the picture only this year so I don’t have any details regarding any of the technical design challenges. However, the goal was to make an airsoft electric gun function more realistically than a standard AEG. Granted we have gas blowback M4 rifles that excellently replicate the function and the felt recoil of a real gun on the market but it comes with its own set of limitations i.e. expensive magazines, temperature sensitivity, un-reusuable energy source, wear and tear on the rubber seals. With an electric system, can run off a rechargeable battery instead of constantly having to buy gas propellant, you can use standard AEG magazines, it is not temperature sensitive, and it can use standard AEG magazines (with some loss of ERG functions but not performance)

Q) What are the differences between the 3GX and 2GX gearboxes?

A) That’s company marketing nomenclature. 2GX is KWA’s improved Version 2 AEG Gearbox (their early V2 gearboxes had some minor issues so when they made some changes, the marketing team came up with 2GX). 3GX is the term for the ERG gearbox.

Q) What are the benefits of the KFS over existing recoil systems?

A) If you’ve tried any of the recoil systems from other AEG manufacturers, you’ll either feel very little or sometimes virtually no difference in vibration. That’s because they typically use the bolt plate mass to increase felt recoil. Heavier reciprocating bolt plate makes for slightly more recoil. However, it puts a lot of drag onto a gearbox and increases failure rates. Either that or some manufacturer bolt plates are so negligible in weight increase that you feel nothing. The ERG system gearbox does not operate off bolt plate but reciprocates a heavy spring loaded brass and metal plug in the buffer tube. Thus you get felt recoil that approaches that of an excellent GBB rifle system. You’ll feel it immediately when you try it. Besides the KFS recoil system, the ERG will also stop firing when your magazine is empty (just like a GBB rifle or a real gun). you will have to load a loaded magazine and hit the bolt stop on the side of the receiver (just like a real AR) to get it back into action.

Q) Is the KFS something that will become standard in KWA guns in the future?

A) There is an increase in cost to manufacture this systems and some players don’t care for the additional features of realistic function. (some of us just want to play and shoot our buddies up) KWA will respond to the market’s needs. At this time, they will manufacture both types. 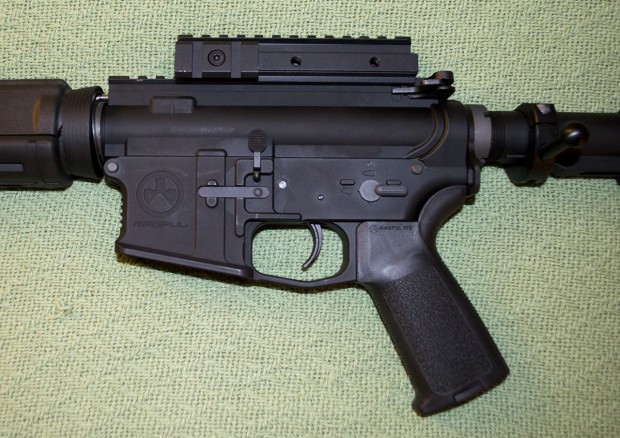 Getting to the gun’s special magazines, the PTS RM4 ERG PMAG features an extended feeding spring that, when “dry” (i.e. out of rounds), extends up and into the receiver. This hits a lever inside the gun, locking back the bolt catch and preventing dry firing. Additionally, these magazines have a selector slider in them that allows the user to set its max capacity to either 30 or 60 rounds. These two features illustrate the marvelous job PTS has done to ride the line between training and gaming. Magazines are sold in sets of 3 and retail for about $40 dollars a pack. This brings the individual cost of each magazine to about $13.30 dollars – not bad! They feed very well and feature that PMAG style many players have grown to love.

The biggest thing I wish they would have included in this gun package was a PTS Magpul MOE handguard-compatible rail. They are so inexpensive, it would have been nice to put it in the box so that airsofters could utilize existing attachments right away. I picked up a MOE-compatible rail off of Amazon for about ten dollars including shipping and highly recommend it.

Overall, PTS should be proud of what they have accomplished in the PTS RM4 ERG. They have created an exceptional airsoft gun for training or gaming purposes, out of an AEG. We are awarding the airsoft gun a 5 out of 5 stars and granting it our Seal of Excellence. The PTS RM4 ERG retails for about $380 dollars and is available now.

Images (please not that the T.U.C., front rail and vertical grip, and upper receiver rail riser were added by me): 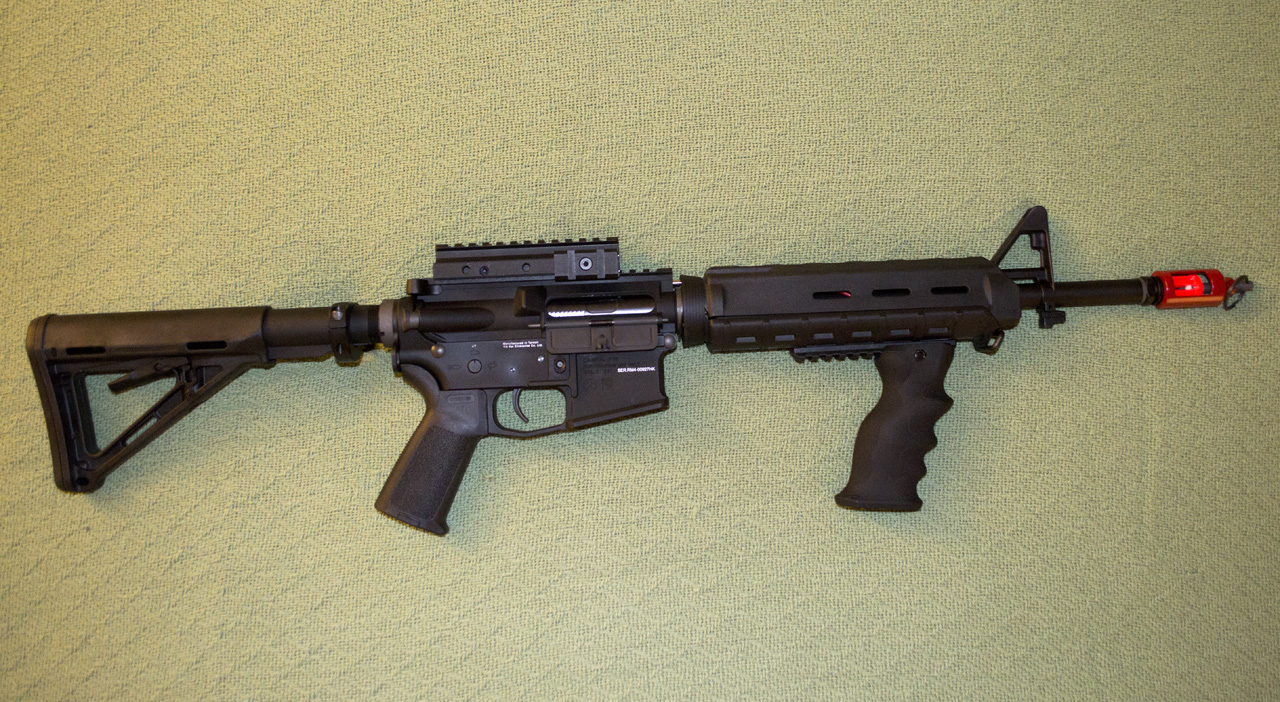 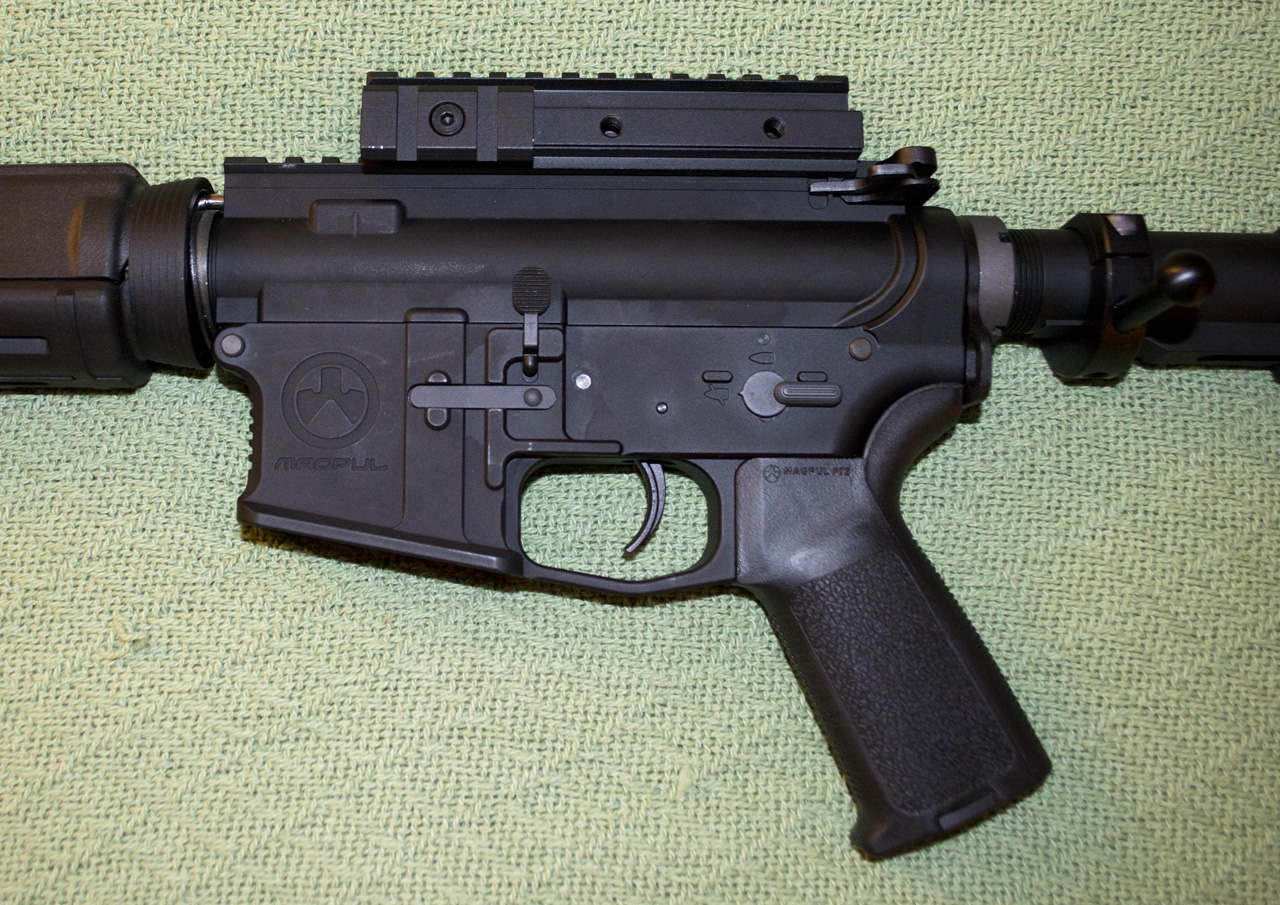 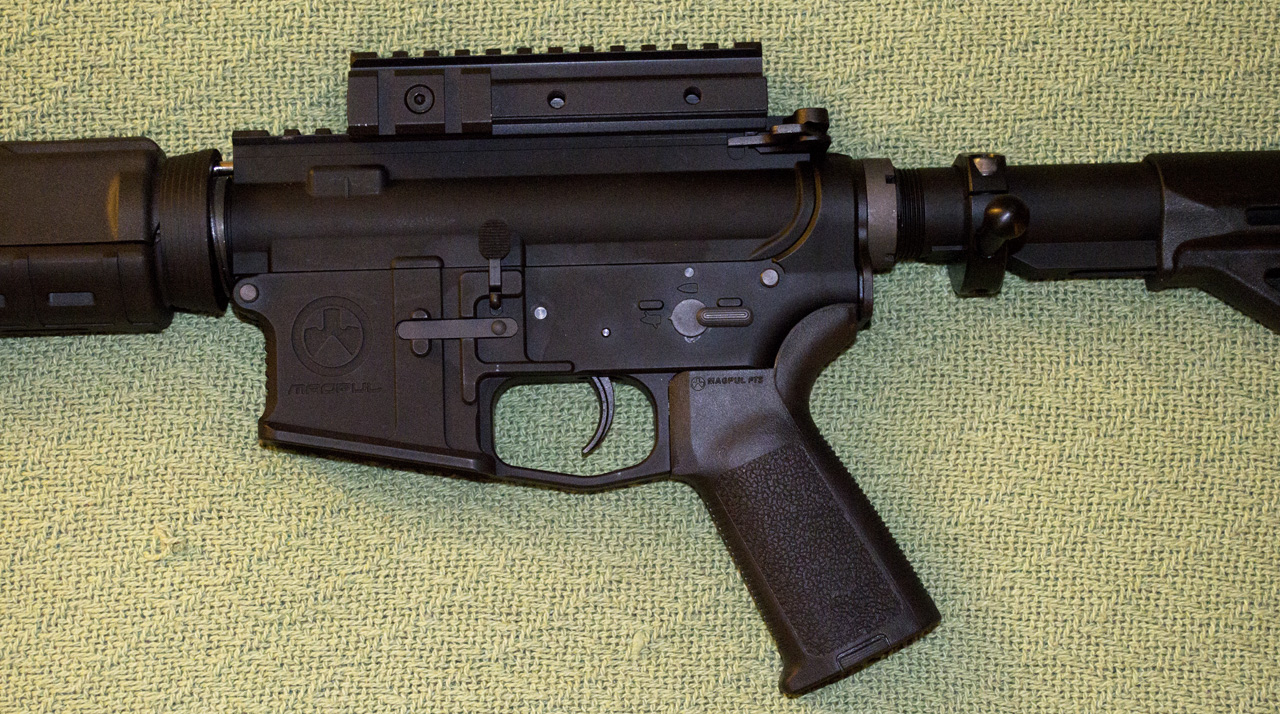 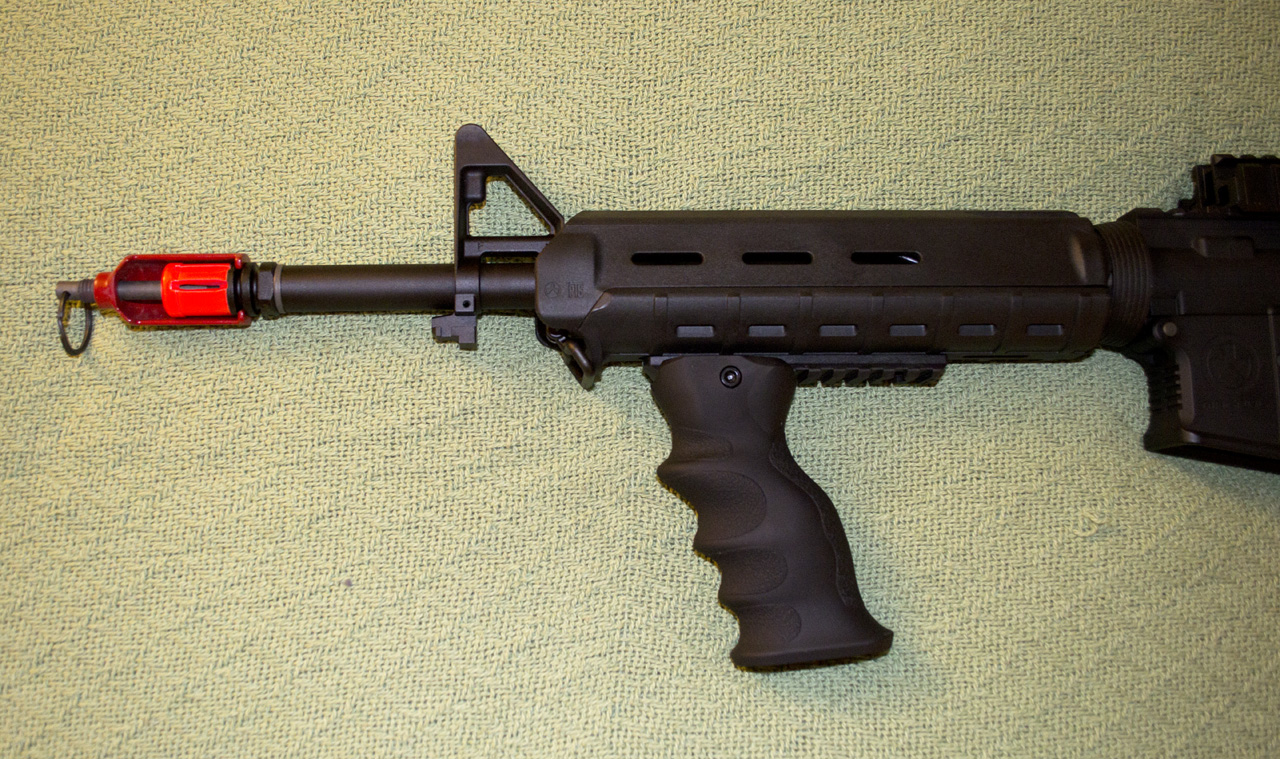 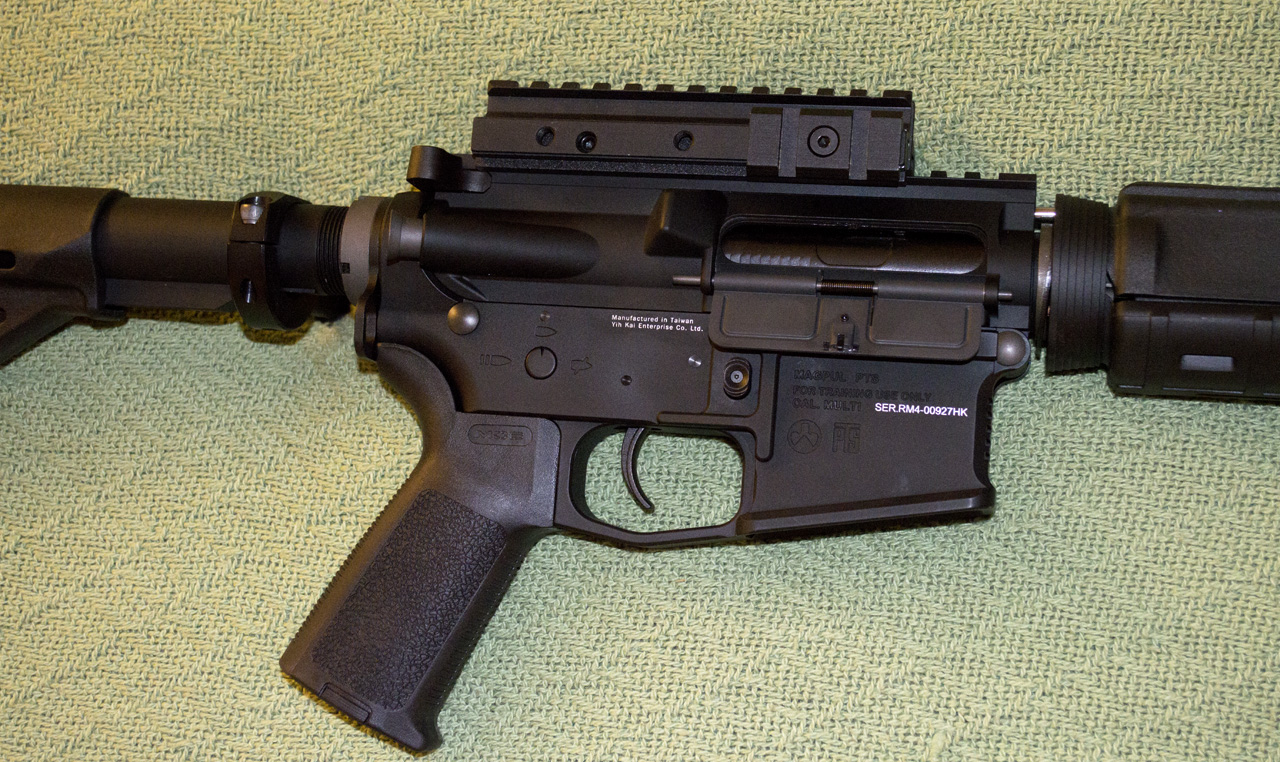 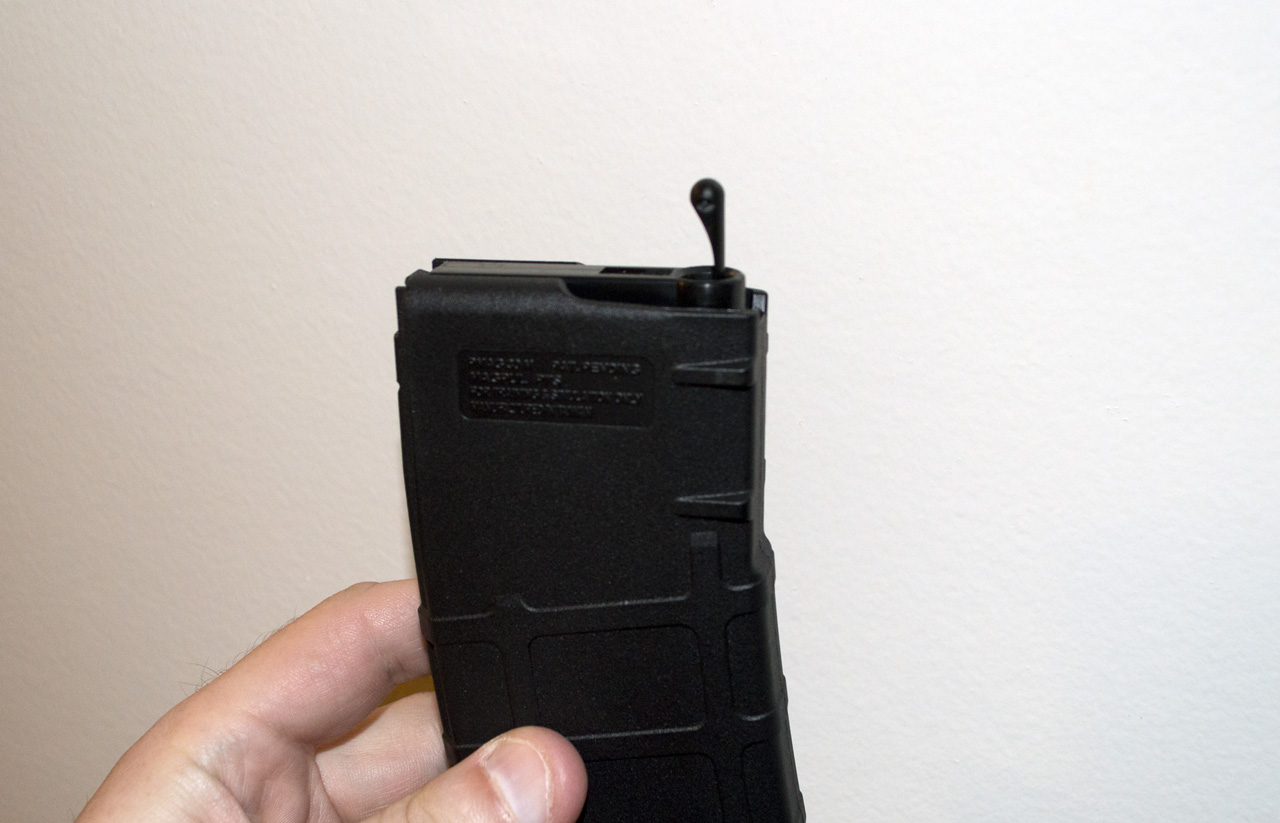 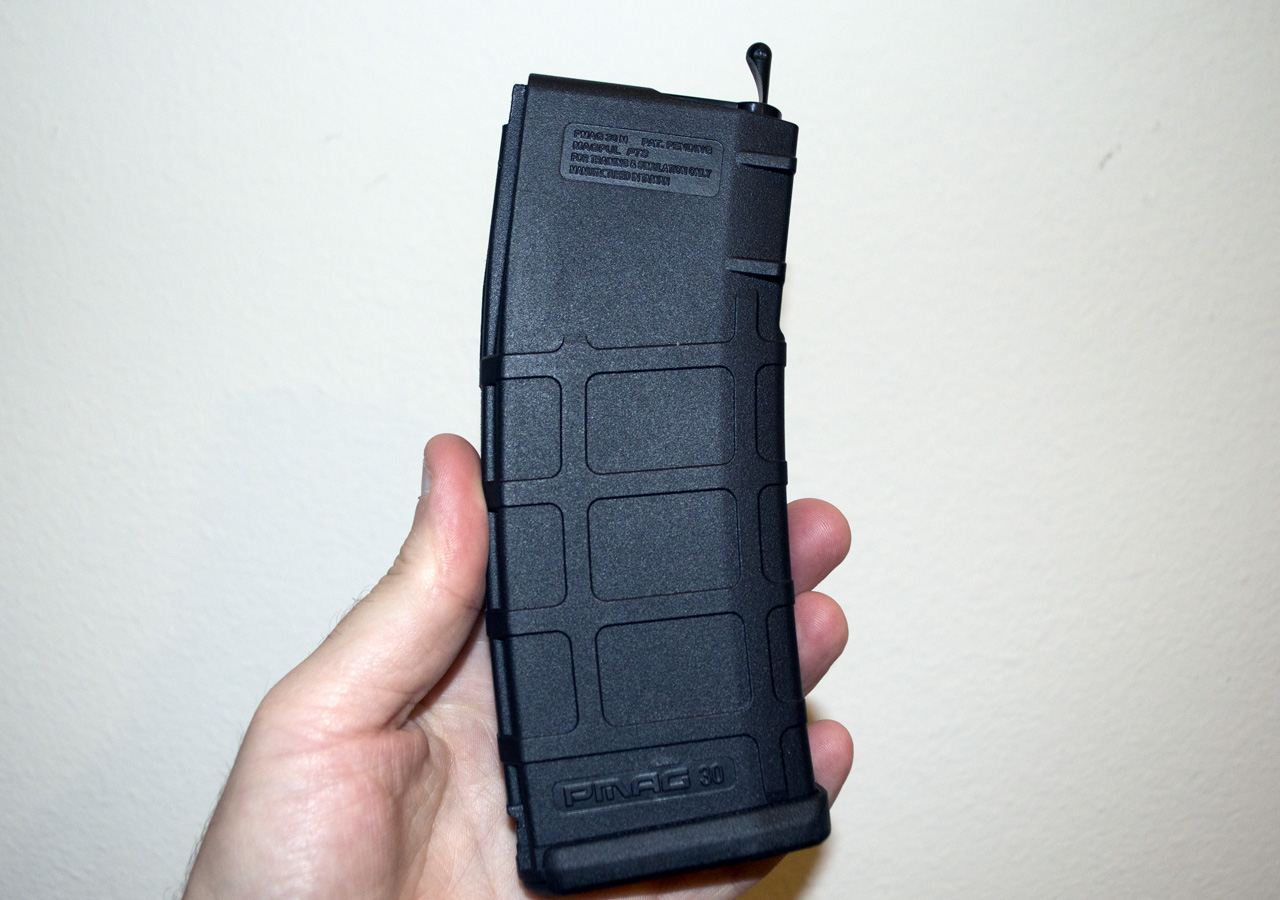 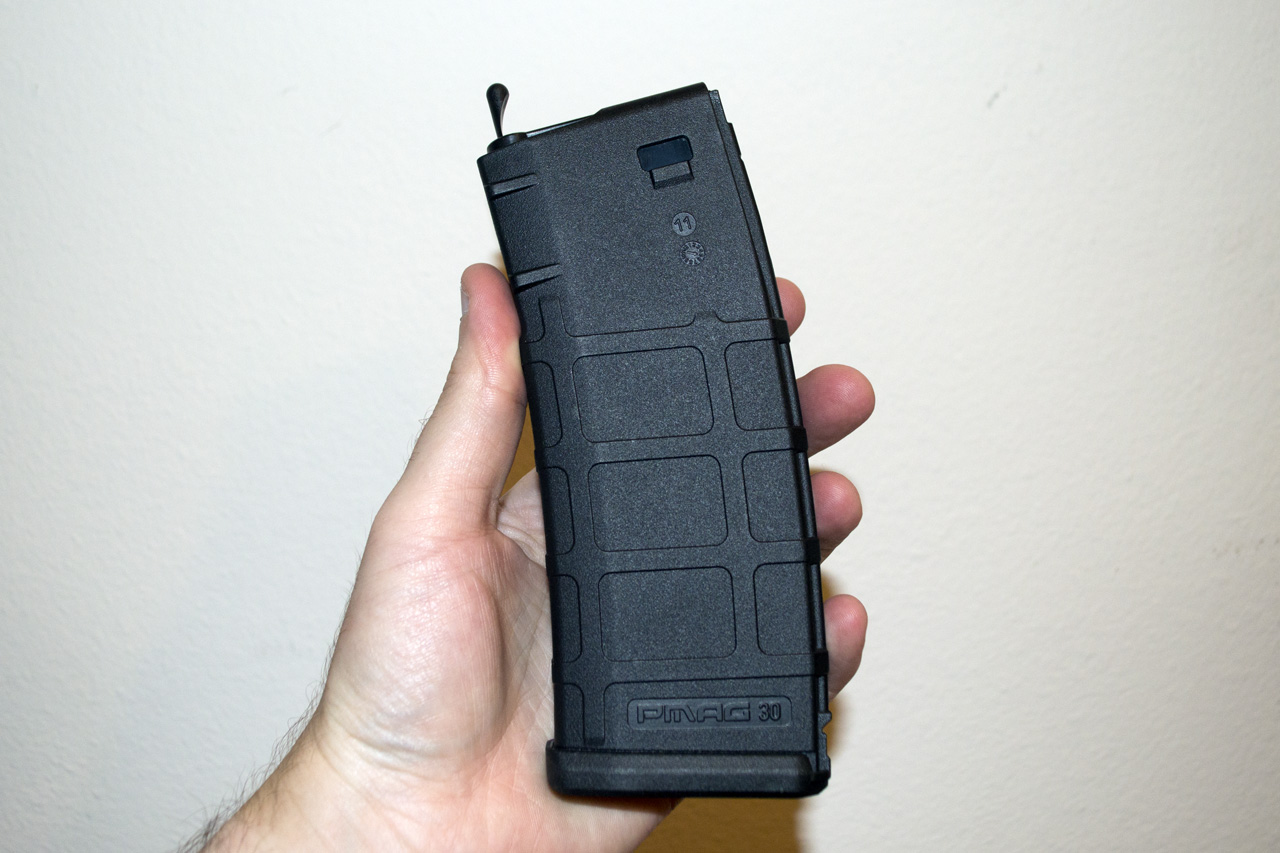