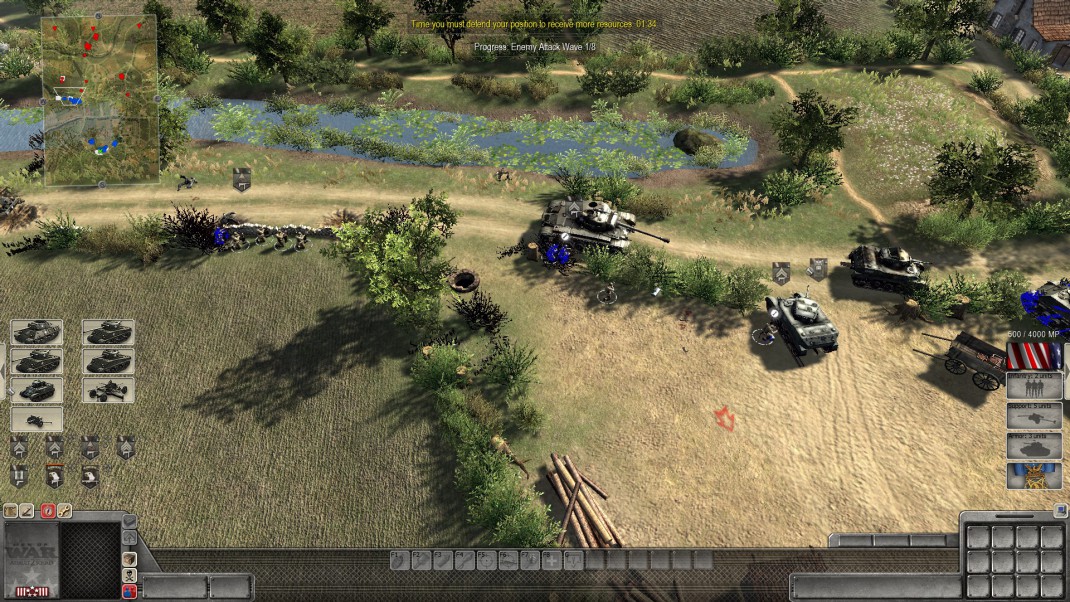 Memorial Day is celebrated in all kinds of ways. Traditionally, mine involves playing marathon sessions of war video games. I think of the sacrifices generations have made for our liberties while fighting historic battles or historic enemies. This time my main game of the weekend was Men Of War: Assault Squad 2 which is a real time strategy game set during World War II and going through famous battles from the point of view of most of the nations involved.

Hands On:
The first thing I want to stress is how massive this game is for a real-time strategy game. The maps are large with multiple points to take and try to hold which makes for a slow strategic push and then there are so many maps over each nation’s campaign. My biggest advice is save often because you never know when you will make a bad move and watch dozens of your men die in seconds.

Gameplay involves various size units and types that push through great variations of objectives and enemies. One of my personal favorites was Normandy on the American side where they have established a beachhead and have to push through the town taking locations over and unlocking Rangers and Airborne along the way. They throw a lot of enemies at you and if you aren’t careful they will flank you or hit you with superior firepower. The armored vehicles come out of the woodwork and if you lose a location flag you fail the objective.

It is true that many of the maps are revamps from the first Assault Squad but the revamp has been so heavily done that the premise remains the same but the maps feel fresh. Even if the map is the same from the previous game you can play through differently time after time since it is your strategy that decides what units are used how. Will you try to zerg with infantry or take your time and build a wall of forces slowly pushing forward? Will you try to drop your Airborne at a remote location and try to take an objective or use them as quick reinforcements to drop at challenged objectives? It’s all up to you and can be different every time. 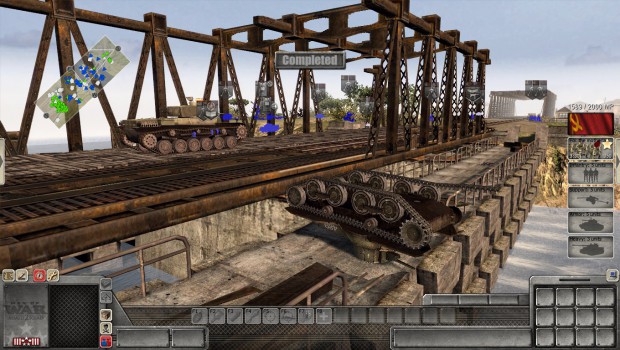 Men Of War: Assault Squad 2 takes the multiplayer aspect of real-time strategy games up and notch with matches that are 4v4 and 8v8! Usually these games are 2v2 and can be challenging to co-ordinate well enough to win, when you have 16 players on the same strategic battlefield with 65 possible maps and there is no set style or strategy you have to adjust to your team’s moves and 8 enemies out to get you. The single player is large with lots of re-playability but the multiplayer promises to never be close to the same match twice.

Add to all this Steam support and achievements, map editing, 3D model exporter and five different game modes and you easily have weeks or months of playtime without ever playing things the same twice.

Last Call:
The Men Of War franchise has a very solid reputation and Men Of War: Assault Squad 2 not only lives up to it but raises the bar for all real-time strategy games. If this is the style of game for you than this is a must play for you.