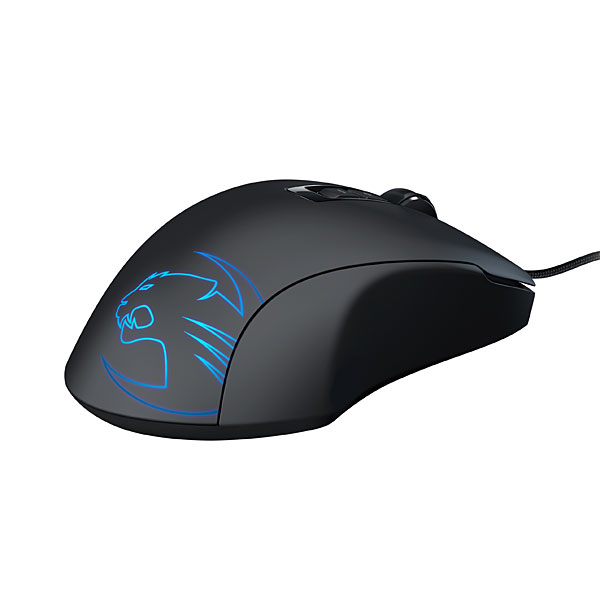 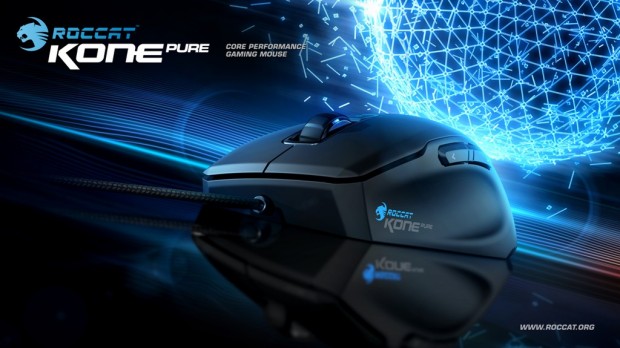 We here at GamingShogun.com can be a little rough on our gaming mice – not only in the way of passionate writing but, also, from passionate gameplay that, on occasion, borders on insanity. We not only have to play a game we have to review it with, but also break it down into its parts and push its limits. Furious clicking results as does a need for a solid, dependable mouse that can hold its tracking and register every move and handle a frustrated squeeze as well as a delicate touch. We need to know that if there is some kind of movement or response problem, it is the game and not the equipment. 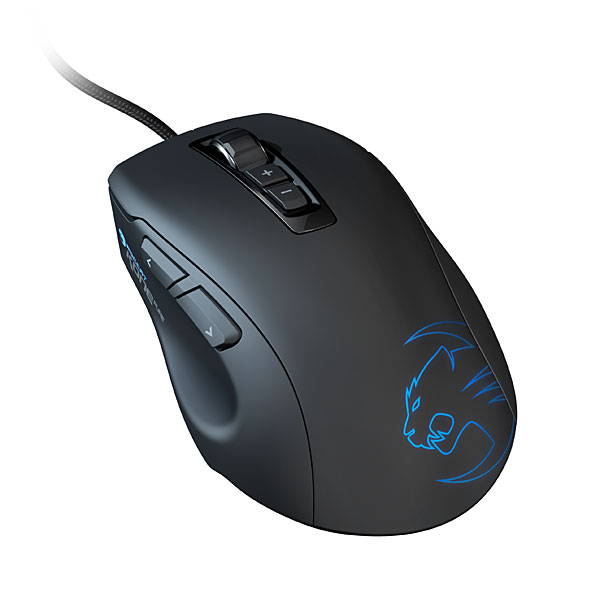 Hands On:
I remember when 576KB of memory was respectable so, yes, you could say I have been in the game a while. I have been using a keyboard and mouse combo while many schools were still teaching people how to type on typewriters. This has given me a unique perspective of seeing the evolution of computers and gaming in general. One of the most interesting product evolutions being that of the mouse. It used to be a roller ball contraption with a couple buttons that you had to take apart and clean out periodically. Now it has built-in memory, programmable buttons, adjustable angles, and can hold macros. The ROCCAT Kone Pure is a prime example of this with a body built to be tough enough to satisfy just about any gamer’s needs. The Kone Pure Core has seven buttons on it, and one of them can be held down and used much like the shift key on your keyboard, giving all the buttons a second use. The cool thing is that all the info you program is stored in the mouse itself in the 576KB of internal memory and executed with a 32-bit V2 processor. You can also program this mouse to how you like it then if you are going somewhere that you will be using a different computer. All of your information and settings are saved in the mouse, so you just plug it into the next system and all your macros are there and ready to go.

This mouse is particularly good for MMORPGs such as World of Warcraft. Battles can often be complicated requiring different attacks for groups as opposed to individuals, the weak points of the enemy or whether or not you want to use area of effect spells or damage over time. All these different considerations can be built as macros on the mouse and with the shift technology there will probably be buttons to spare.

During my testing of the Kone Pure Core, I had not one single problem with its tracking. In fact, I was laid up in bed during part of the time using a flimsy mouse pad and was still able to perform space battles in Star Trek Online and boss battles in WoW. I surfed the web, wrote emails and the mouse performed flawlessly through it all. The buttons and programming really were handy since it made it so that I could leave the laptop on a stand next to me without touching the keyboard and comfortably use the mouse for all my needs. When on a solid surface I was able to make those subtle moves to take out the top of a turret on an enemy tank in World Of Tanks and snipe through scopes on a multitude of FPS.

Just in case all that isn’t enough to get you interested, the mouse also comes with software that tracks how many clicks you make with which buttons as well as having achievements and leveling!

Last Call:
The ROCCAT Kone Pure Core Performance Gaming Mouse is what it says, their core gaming mouse model. It has the memory, toughness and responsiveness to make it a go-to mouse. It’s also very affordable compared to other mice on the market with comparable features and during testing gave no problems at all. The lighted ROCCAT logo is a very nice touch as well and can be adjusted to any computer or room lighting scheme. When I switch it out it will be for a new mouse review and I might go back to it which is pretty good testimony alone.